A handful of Democrats vowed Monday to oppose Rep. Nancy Pelosi’s bid to retake the speaker of the House, putting the California Democrat’s chances of retaking the job in peril.

Sixteen Democrats — 12 incumbent representatives, three incoming House freshmen and one candidate who has not yet won his seat — signed a letter opposing Pelosi’s campaign. They claim the party needs a new direction.

“Our majority came on the backs of candidates who said that they would support new leadership because voters in hard-won districts, and across the country, want to see real change in Washington,” they wrote. “We promised to change the status quo, and we intend to deliver on that promise. ”

The letter puts a substantial crimp in Pelosi’s plan. She needs 218 votes among lawmakers present and voting to be elected speaker in January. House Democrats won 233 seats, meaning she can only afford to lose 15 votes.

Ben McAdams of Utah, whose race has not been called, signed the letter. He is currently locked in a tight race against incumbent Rep. Mia Love, a two-term Republican who is current winning the race by 1,516 votes. But his loss might not hamper the anti-Pelosi campaign.

Other signatories include Reps. Jim Cooper of Tennessee, Tim Ryan of Ohio and Filemon Vela of Texas.

The letter does not include Democratic Rep. Conor Lamb of Pennsylvania and Democratic Reps.-elect Abigail Spanberger of Virginia and Jason Crow of Colorado, all of whom told Politico reporters that they intend to oppose Pelosi, the current House minority leader, on the floor. There are 19 members or members-elect committed to voting against her if all those names are included.

Pelosi’s critics have tossed a monkey wrench in the party’s plan to open fire on President Donald Trump. But those who support the beleaguered California lawmaker say they are not worried as they still have more than a month to pressure wayward Democrats back into the fold. 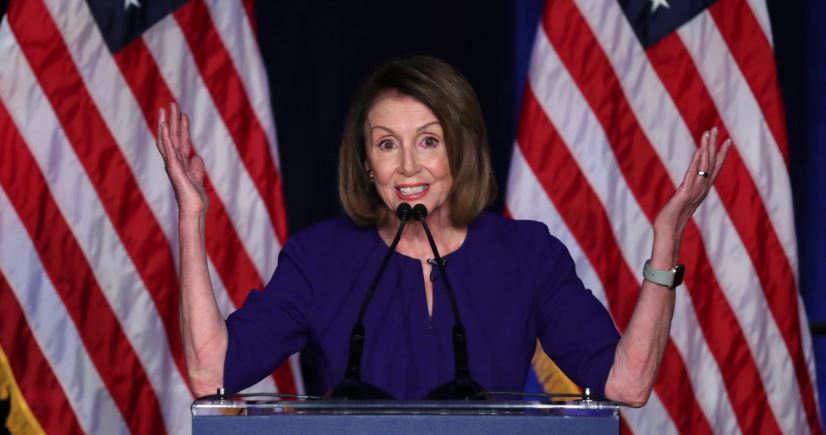 Other members of Pelosi’s party are pushing the congresswoman to place climate change and other environmental pet projects high up on her agenda. (RELATED: Nancy Pelosi Says There’s ‘Tremendous Pressure’ To Make Global Warming A Top Issue In 2019)

Pelosi created the Select Committee on Energy Independence and Global Warming in 2007 when she became speaker. She served as speaker from 2007 to 2011. The committee was scrapped when Republicans took over in 2011. She has expressed a desire to revive the moribund committee.