A Republican Party county chairman apologized after pasting an image to his Facebook page saying the deadly California wildfires are “God’s punishment to Liberal California.”

Two wildfires that began Nov. 8 have killed at least 82 people in California. One of the fires, the Camp Fire, is the deadliest fire in California history. It killed 79 people and destroyed more than 16,000 structures by Monday evening, according to the state fire agency Cal Fire.

The Woolsey Fire has killed at least three people and destroyed nearly 2,000 structures by Monday evening, according to Cal Fire

“Look, that’s a meme. And it’s how I feel about liberals, but did I mean that God is going to punish everyone who lives in California? No. It’s a figure of speech, and I probably shouldn’t have done it. But I did, and it doesn’t change how I feel about what’s happened in California,” Johnson told Cleveland.com.

“Now to the extent that that meme would have offended or hurt someone in California, yes, that’s not the intent, and I don’t think that’s what it says. But you know, it’s in the eyes of the beholder, and so if it offended anyone that had a loss of life, then I’m sorry,” Johnson added. “That was not my intent, and anybody who knows me knows better.”

“Mr. Johnson’s post, which contains pictures of a raging forest fire and the text ‘Welcome to Hell, God’s punishment to liberal California’ and ‘Hell on Earth, brought to you by liberals in California’ is both disgusting and disturbing,” Betras said.

Betras called for Johnson to resign and be barred from ever holding public office. 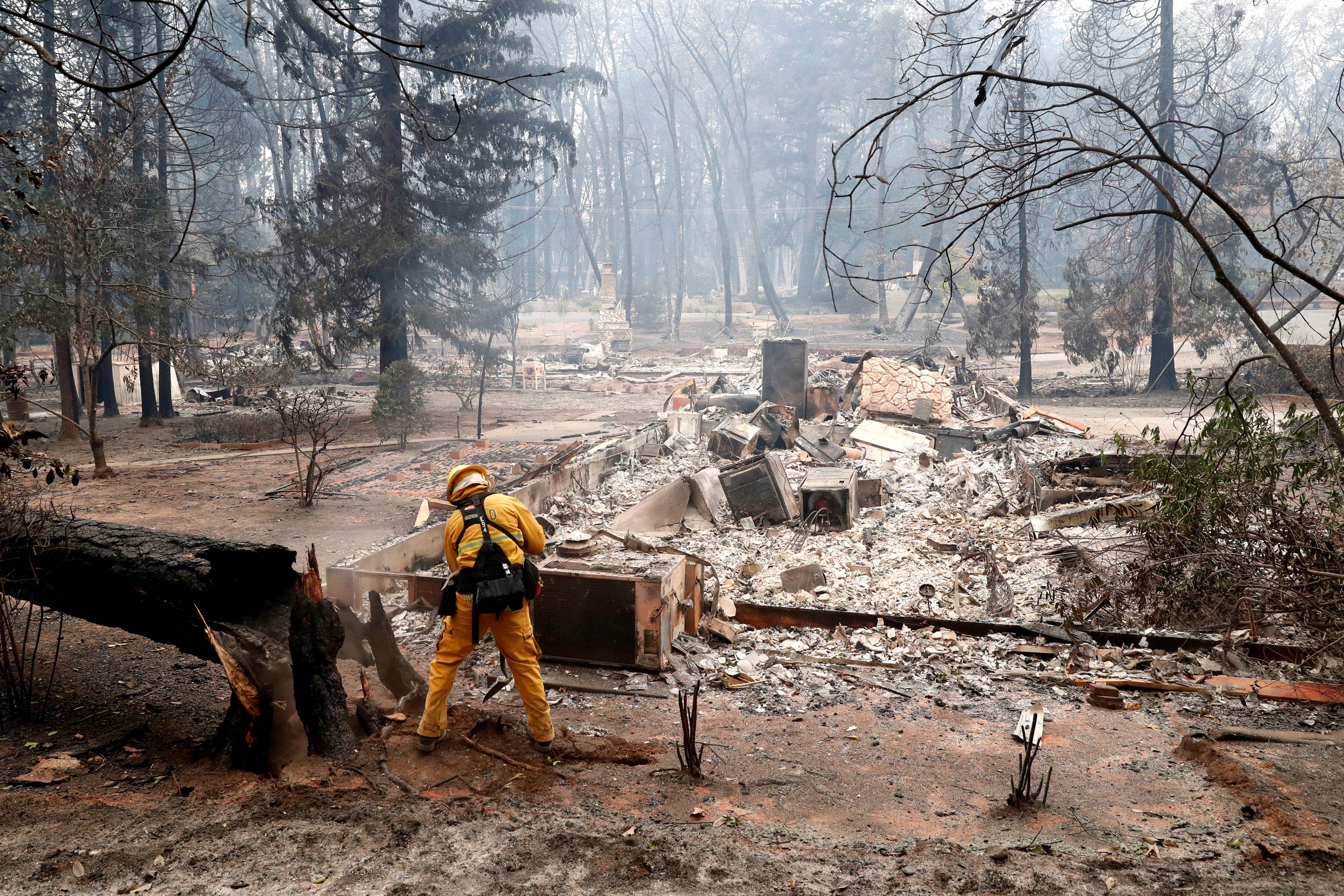 A firefighter extinguishes a hot spot in a neighborhood destroyed by the Camp Fire in Paradise, California, U.S., November 13, 2018. REUTERS/Terray Sylvester

The article that Johnson read before posting the meme referred to Brown’s veto of a 2016 bill that aimed at mitigating fire risks posed by utility equipment. Media reports suggest that a power line owned by Pacific Gas & Electric Co., the state’s main utility, malfunctioned and sparked the Camp Fire.

The Republican Party of Ohio did not return a request for comment. Johnson could not be reached for comment.