Senate Minority Leader Chuck Schumer called for a probe into Matthew Whitaker’s ties to President Donald Trump in a Tuesday letter to Michael Horowitz, the inspector general of the Department of Justice.

“I am particularly concerned about whether Mr. Whitaker may have shared with the White House, or could share in his new role, confidential grand jury or investigative information from the Special Counsel investigation or any criminal investigation,” Schumer wrote in the letter addressed to Horowitz.

This comes as three Democrats on the Senate Judiciary Committee filed a lawsuit Monday to block acting Attorney General Matthew Whitaker from the position, asking a judge to deem it unconstitutional. (RELATED: Three Senate Judiciary Democrats Sue Over Whitaker Appointment) 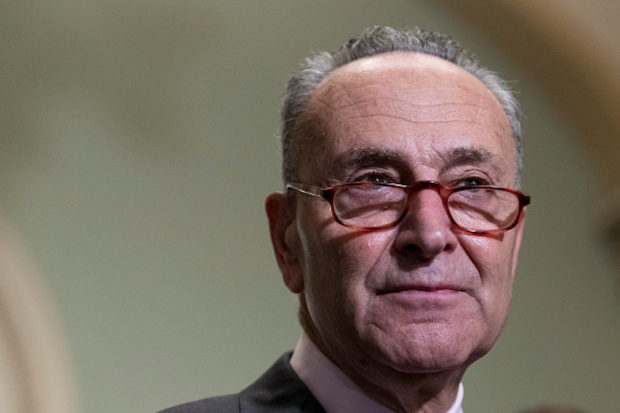 Schumer also said “unauthorized disclosure of information — especially to a target or subject in the investigation — may implement criminal contempt of court, obstruction of justice, or the Department of Justice’s long-standing policy regarding contacts with the White House related to criminal investigations or cases.”

The letter comes as Trump appointed Whitaker to temporarily take over as attorney general after former Attorney General Jeff Sessions was forced to resign from the position.