Liberals are preparing for Democratic Sen. Kamala Harris’s possible expulsion from the Senate Judiciary Committee by highlighting she is a black woman.

In the event that Republican Sen. Cindy Hyde-Smith wins the Mississippi runoff election on Nov. 27, the makeup of the Senate Judiciary Committee will shift in favor of the GOP, with a seat currently held by a Democrat flipping red. Consequently, Harris, the most junior Democratic member of the committee, will likely be squeezed out.

“Not only would it be unconscionable to remove the only African American woman from the committee, but Senator Harris also is the most skilled questioner on the entire panel,” Brian Fallon, the former press secretary for Hillary Clinton’s 2016 presidential campaign, said according to The Washington Post. “Whatever options they need to consider, removing Harris should not be one of them.” (RELATED: Los Angeles Taxpayers Had Been Footing The Bill For Kamala Harris’s Travels, Report Finds)

Fallon is the executive director of Demand Justice, a progressive advocacy organization founded to oppose President Donald Trump’s judicial nominations — the Senate Judiciary Committee’s role is to oversee and consider executive nominations. Fallon added that “the backlash would be so intense” if Harris is removed.

“She’s a real lawyer, she is the real deal, she’s a pro, and she also happens to be an African American woman,” Democratic Sen. Richard Blumenthal of Connecticut said according to WaPo. “She belongs on that committee … she is an ideal member.”

Democrats have been urging Senate Majority Leader Mitch McConnell to expand the Judiciary Committee so that Harris can preserve her seat, however, no other Senate Judiciary Committee members thus far have offered up their own seats so that she can remain on the committee, including Blumenthal. 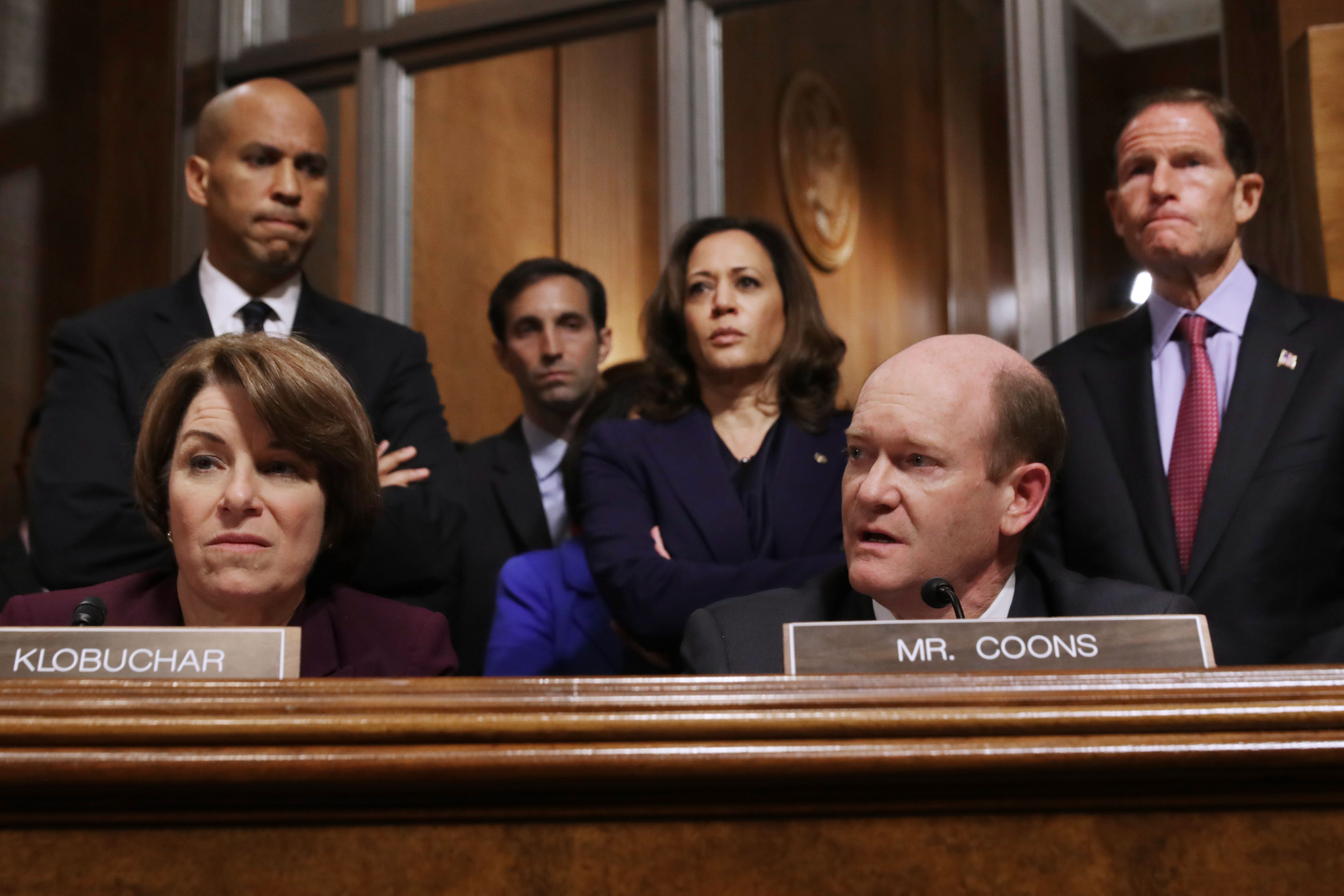 Blumenthal noted that after Democrats lost the Senate majority in 2014, the committee “magically” expanded the number of seats for him. McConnell’s office has yet to comment on the committee’s party breakdown, however, it is rumored that GOP Sen.-elect Marsha Blackburn of Tennessee may be considered for a Republican seat, reported WaPo.

Harris’s spokeswoman said that the California senator would like to retain her seat on the committee.

None of the Democratic members on the Senate Judiciary Committee responded to The Daily Caller News Foundation’s request to comment.