The Russian coast guard fired on and seized three Ukrainian vessels in the Black Sea on Sunday, raising fears the undeclared conflict between the two countries could shift to open war.

“Weapons were used to force the Ukrainian warships to stop,” the FSB said Sunday night in a statement reported by TASS, the official Russian news agency. Three Ukrainian sailors were treated for “light” injuries, the statement added.

Kiev immediately disputed Moscow’s version of the incident, saying that six sailors were injured when Russian forces opened fire on the convoy of two small gunboats and a tugboat. Ukrainian President Petro Poroshenko demanded the ships and crew be released from custody and called for a “de-escalation” of the crisis in the Crimea region.

“We consider it as an act of aggression against our state and a very serious threat,” Poroshenko said at an emergency meeting of his national security council early Monday, according to the Associated Press. “Unfortunately, there are no ‘red lines’ for the Russian Federation.”

Sunday’s confrontation occurred in the Kerch Strait, a narrow passage that separates the Crimean peninsula from the Russian mainland. A 2003 treaty between the two countries designates the strait as shared territorial waters, but Russia has moved to exert tighter control over the sea lane since it annexed Crimea in 2014. (RELATED: EU Hits Six Russian Firms With Sanctions Over Crimea Bridge)

The Russian seizure of Ukrainian ships marks a turning point in the undeclared war Moscow and Kiev have been fighting for nearly five years. While Russia has long supported separatists in Ukraine’s Donbass region with weapons and personnel, Sunday was the first time the two militaries have come to blows in a publicly acknowledged confrontation.

Both the European Union and NATO have called on Russia to release the Ukrainian ships and guarantee freedom of navigation through the Kerch strait.

“NATO fully supports the sovereignty of Ukraine and its territorial integrity, including its rights to navigation in its own territorial waters,” the alliance said in a statement carried by Ukrainian media, according to The New York Times. 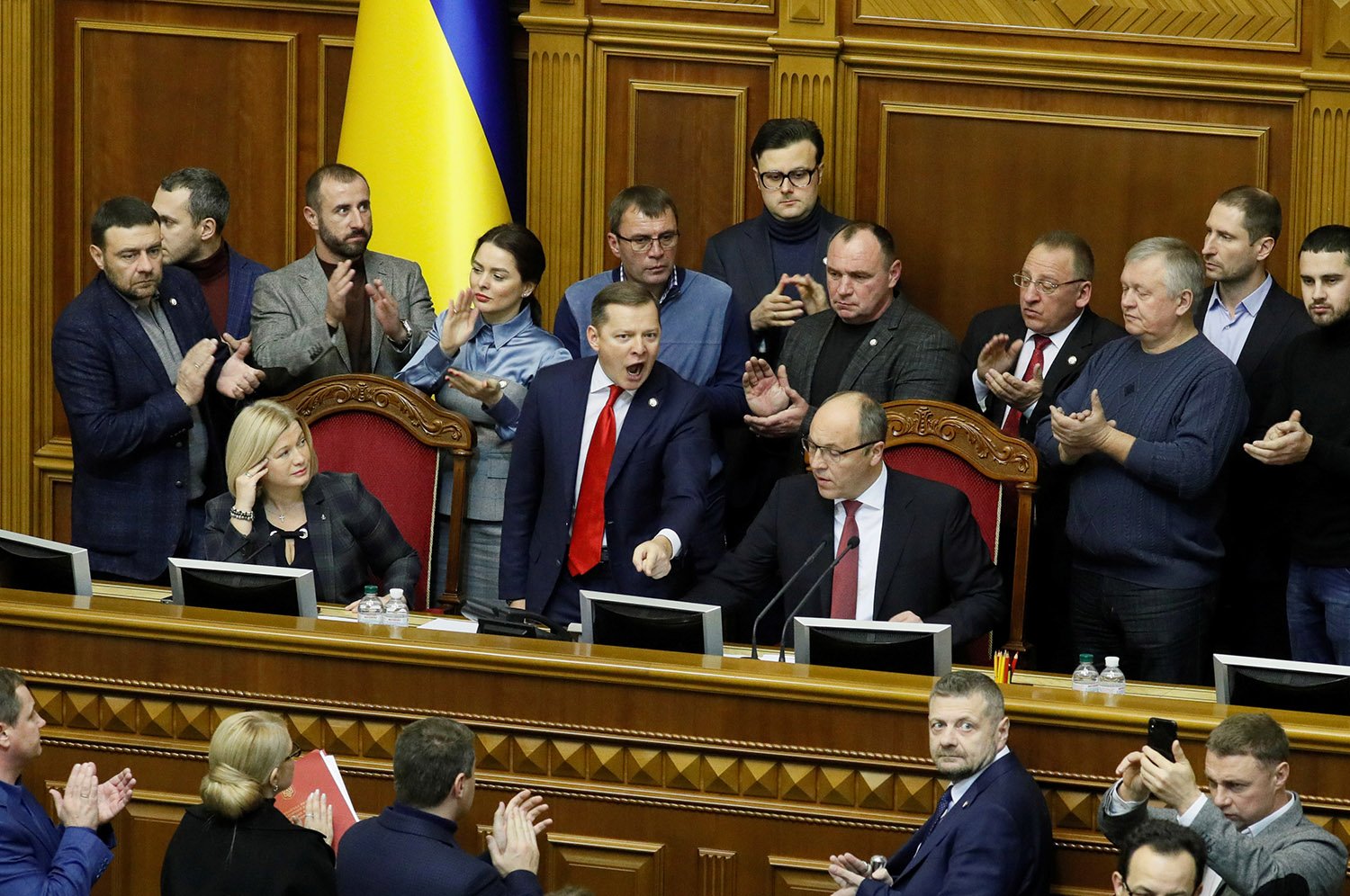 Some observers fear the episode offers an incentive for Ukraine to match Russia’s aggressive actions. Poroshenko has called for the imposition of martial law in response to the Russian seizure, a move that would likely postpone the presidential election set for March. The Western-backed Ukrainian president is deeply unpopular and is polling far behind his arch-rival Yulia Tymoshenko.

“It’s noteworthy that Ukraine had not declared martial law over the past four years, even when the fighting with Russian-backed rebels was very hot,” Lev Golinkin, an author and expert on Ukraine-Russia relations, said Monday. “This makes it suspicious that the president suddenly wants to declare martial law so close to elections. If losing hundreds of soldiers a day wasn’t enough to declare martial law, why are they doing it now?”