More than a dozen suspected terrorists or people with close ties to Islamic militant groups have been arrested after trying to enter the country through the southwest border, according to an analysis of public records released Tuesday.

Since 2001, there have been at least 15 confirmed cases in which members of terrorist groups, including the Islamic State and al-Shabaab, were encountered at the U.S.-Mexico border or shortly after crossing illegally, says the report from the Center for Immigration Studies.

The individuals were among the thousands of so-called “special interest aliens” — people from countries beset by terrorism  — that are apprehended at the southern border on an annual basis. (RELATED: Are ‘Middle Easterners’ Being Smuggled Across The US-Mexico Border?)

“While President Trump may have raised the prospect of terrorist border infiltration to gain political advantage, facts would support his contention that Middle Easterners from places like Syria, Iraq, and Egypt, as well as from South Asia and the Horn of Africa, do indeed routinely travel the same routes as Hondurans to the U.S. southern border and that some terrorist suspects have traveled among them,” the report’s author, CIS fellow Todd Bensman, concluded.

Bensman’s analysis uses publicly available news reports and court documents to identify instances where terror suspects sought to enter the U.S. by crossing through a port of entry or being smuggled across the border. Because it relies on public data, it likely undercounts the number of times a person with ties to terrorism was able to sneak into the U.S. via the southern border, Bensman says.

“Absent the benefit of a large body of classified and protected government information that also exists about the subject, this list therefore cannot be regarded as comprehensive,” he wrote.

In the most notorious case, a Somali national was arrested in 2011 after being smuggled through Central America and Mexico into California. Abdulahi Sharif was ordered deported by an immigration judge but skipped bond and eventually crossed into Canada, where he went on to stab a police officer and run over pedestrians during an ISIS-inspired attack in Edmonton in September 2017. 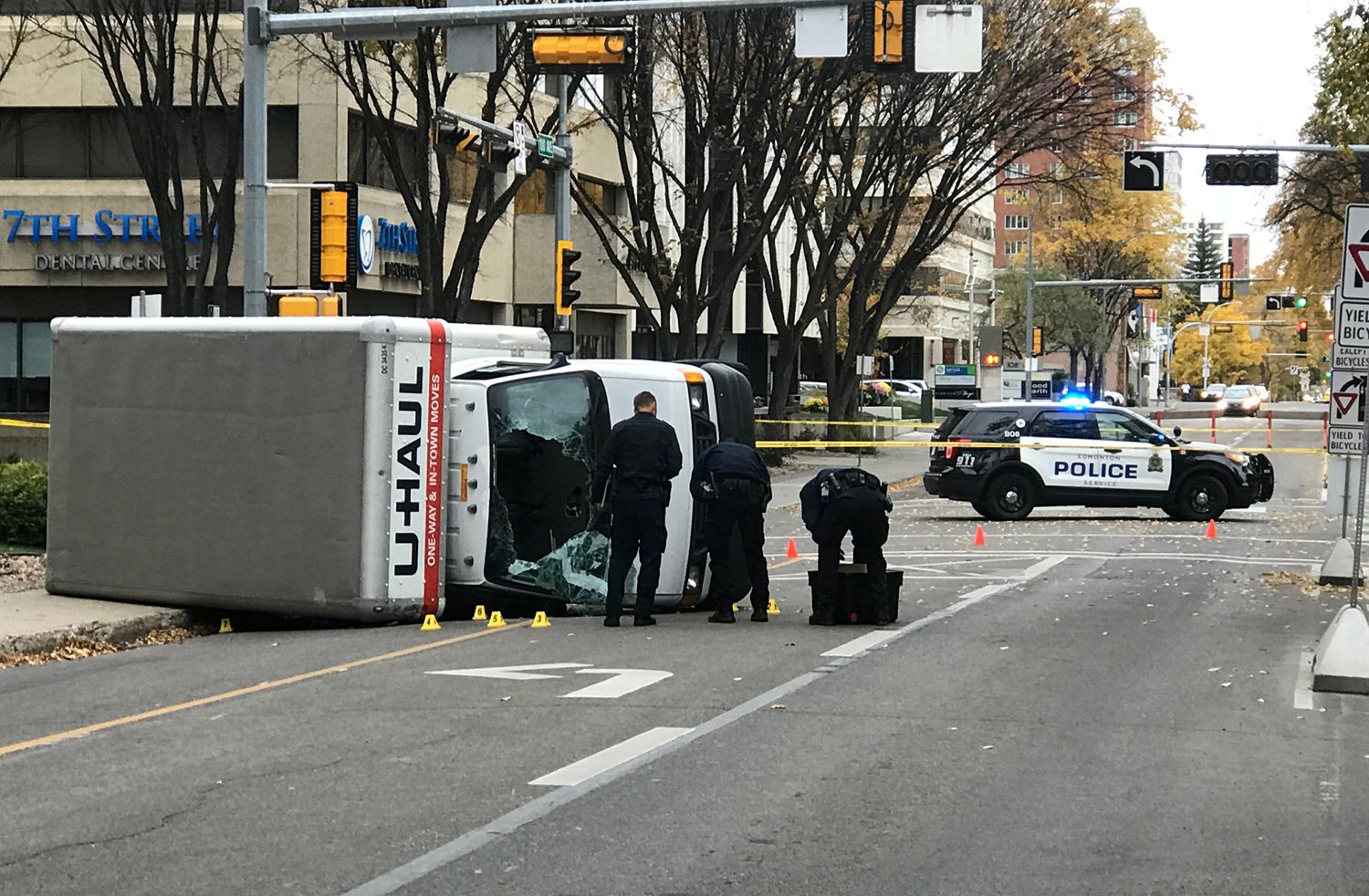 Edmonton Police investigate at the scene where a man hit pedestrians then flipped the U-Haul truck he was driving, pictured at the intersection at 107 Street and 100th Avenue in front of the Matrix Hotel in Edmonton, Alberta, Canada October 1, 2017. REUTERS/Candace Elliott

Citing “intelligence community sources with access to protected government information,” the CIS report also found at least 100 people on U.S. terror watch lists were intercepted at or on the way to the southwest between 2012 and 2017. About half of those were stopped at the border, while the others were detained by authorities along smuggling routes in Central America and Mexico.

The CIS report comes on the heels of the arrival of another caravan of mostly Central American migrants in Tijuana, just south of the U.S.-Mexico border. Before it arrived, President Donald Trump sparked controversy when he claimed “criminals and unknown Middle Easterners” had infiltrated the group as part of his justification for military response to the situation.

While the Trump administration did not provide any specific examples with respect to the caravan, the phenomenon of foreigners from terror-prone countries trying to enter the U.S. illegally via the southern border is well-established. A small but significant fraction of the special interest aliens apprehended at or en route to the U.S.-Mexico border have ties to terrorism, according to the CIS report.

“For perspective, the 100 or so watch-listed migrants logged from 2012-2017 compares to roughly 3,000 ‘special interest alien’ migrants from countries of interest who are annually apprehended at the southern border,” Bensman wrote. “This indicates a small ratio of terrorist suspects apprehended at the border, though a high number considering the threat that any one of them poses is outsized and of high consequence.”