CNN contributor Marc Lamont Hill trashed Israel during his speech at the United Nations commemoration of the International Day of Solidarity with the Palestinian People on Wednesday.

The event marked the anniversary of the Universal Declaration of Human Rights and of the Palestinian Nakba, which took place 70 years ago, Wednesday.

“Tactics otherwise divergent from Dr. King or Gandhi were equally important to preserving safety and attaining freedom. If we are in true solidarity, we must allow them the same range of opportunity and political possibility. We must recognize the right of an occupied people to defend themselves,” Hill stated, according to an account in Arutz Sheva. 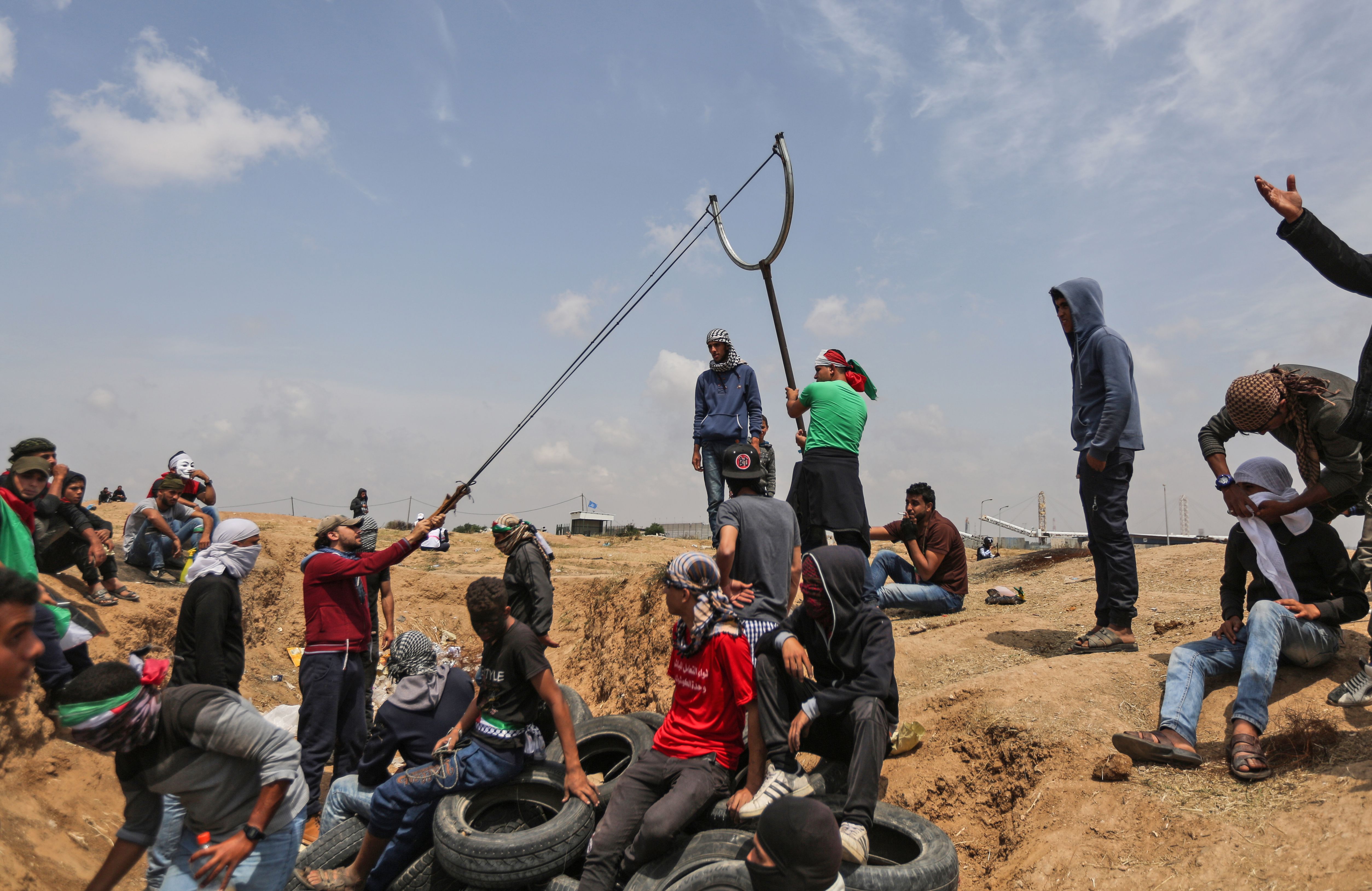 A group of Palestinian protesters collectively man a large sling to hurl stones during clashes with Israeli forces on the Israel-Gaza border, east of Gaza City in the central Gaza Strip, during the fifth straight Friday of mass demonstrations and clashes along the border with Israel on April 27, 2018. (MAHMUD HAMS/AFP/Getty Images)

“We must prioritize peace, but we must not romanticize or fetishize it. We must promote non-violence at every opportunity, but cannot endorse narrow politics that shames Palestinians for resisting, for refusing to do nothing in ethnic cleansing,” he continued. “Justice requires a Free Palestine from the River to the Sea.”

Last week, I was criticized for calling Israel an apartheid state. Where are all those critics now that Israel passed a law affirming that it is a state for only 80% of its citizens?

Hill’s criticism of Israel is not new. Back on June 7, 2016 he tweeted in part, “Israel is very much, by definition, an apartheid state.”

Back in 2016, Hill met with and was photographed with known anti-Semite, Nation of Islam leader Louis Farrakhan. Just last month, Farrakhan compared Jewish people to termites. Following those comments, Hill was asked about his relationship with Farrakhan after it came out that Farrakhan was using the photo to promote a music box set. (RELATED: Twitter Rules Louis Farrakhan Comparing Jewish People To Termites Doesn’t Violate Guidelines)

“I don’t want to be used to promote anybody’s materials,” he told TheWrap. “I am going to ask for it to be taken down as I don’t think it’s consistent with my values and my professional standards.”