Hundreds of Google employees reportedly signed a letter expressing their opposition to the company’s involvement in creating a censored search engine in China, but it appears employees were even more upset by the company’s plan to be a part of a Pentagon program that uses artificial intelligence in an effort to strengthen drones used by the United States Military.

Around 1,400 Google employees signed a letter in August asking for more information on the project with China, known internally as Dragonfly, so they could make “ethically-informed decisions about our work, our projects, and our employment,” The New York Times reported, citing sources familiar with the matter.

Google employees unhappy with the project, which would extend China’s surveillance state by creating an application that would further censor Chinese search engines, renewed their protest in a new letter published Tuesday by Medium, which has about 435 signatures.

“Dragonfly would also enable censorship and government-directed disinformation, and destabilize the ground truth on which popular deliberation and dissent rely,” the open letter reads.

The signatures on both letters objecting to Project Dragonfly reveal a growing internal concern among employees who do not wish to be part of a company that allows governments to censor its citizens and enable a surveillance state.

However, around twice as many employees signed a letter in April opposing Google’s involvement in a Pentagon program, Project Maven, that aimed to improve drone analysis to better identify civilians, thus reducing the amount of accidental civilian casualties. 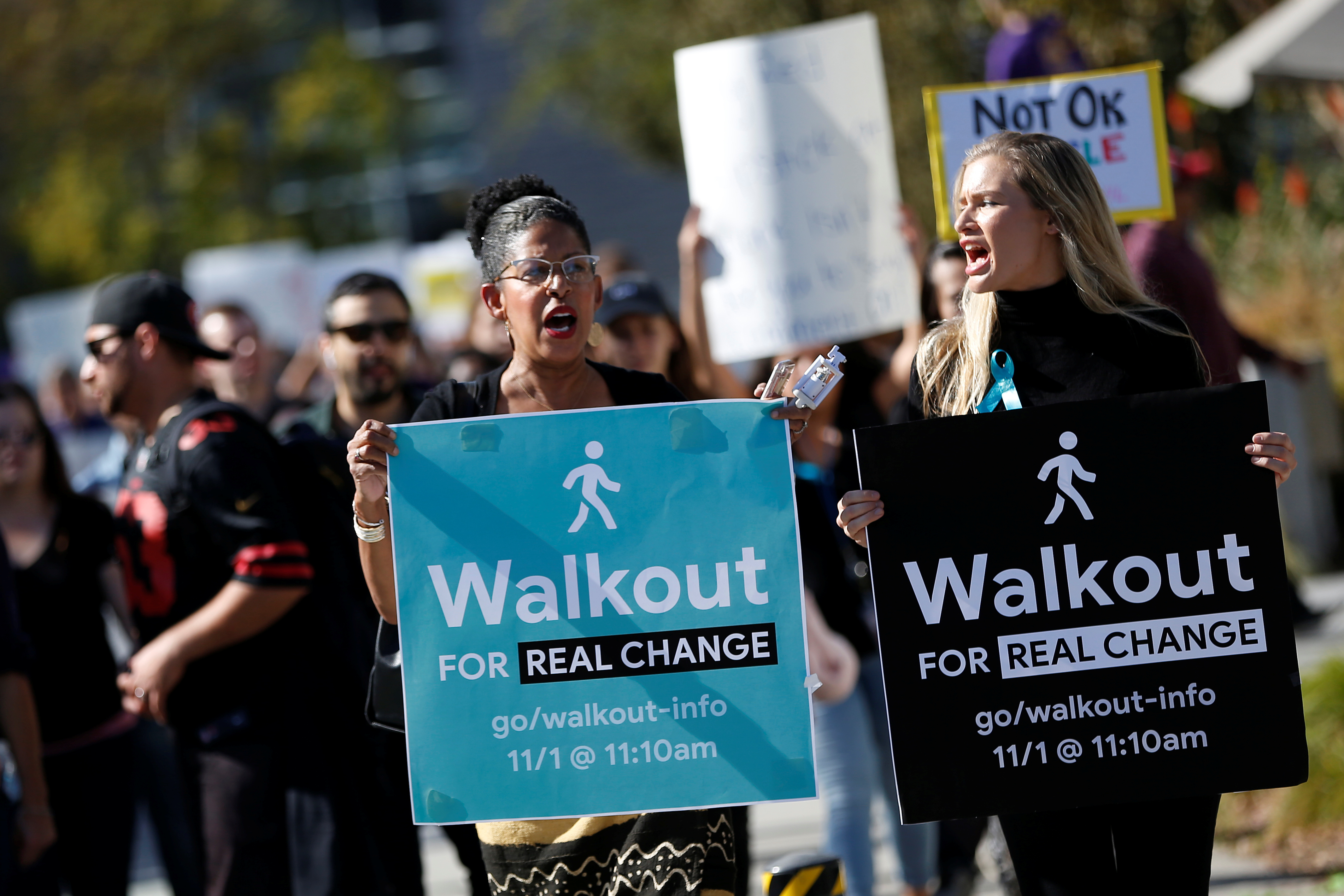 Google employee Kiwoba Allaire (L) chants during a “women’s walkout” at the Googleplex offices in protest over the company’s handling of a large payout to Android chief Andy Rubin as well as concerns over several other managers who had allegedly engaged in sexual misconduct at the company in Mountain View, California, U.S., November 1, 2018. REUTERS/Stephen Lam

This opposition letter was signed by between 3,100 and 4,000 employees between April and June and included dozens of senior engineers, according to another Times report.

“We believe that Google should not be in the business of war,” the letter read.

At the time of the internal unrest, Google and the Pentagon worked to ensure the employees that the project “would not create an autonomous weapons system that could fire without a human operator, a much-debated possibility using artificial intelligence,” the report states. (RELATED: Google Employees Sought To Manipulate Search Results To Fight Trump’s Travel Ban: Report)

Instead, the Department of Defense would be using “open-source object recognition software available to any Google Cloud customer” in an effort to flag images for human review, which would “save lives and save people from having to do highly tedious work,” Google told its employees at the time, according to the same report.

Google eventually complied with its employees’ request, announcing June 1 the company would not renew its contract with the Department of Defense for artificial intelligence work.