The Tuesday vote to move forward with Bernard McNamee, President Donald Trump’s pick to serve on the Federal Energy Regulatory Commission, fell along party lines — except for one. Manchin was the only Democratic senator on the Energy and Natural Resources Committee to vote in favor of McNamee, a candidate who attracted widespread criticism for his past work on a coal bailout plan and controversial comments on renewable energy.

However, such criticism didn’t bother Manchin, who stands as one of the most coal-friendly Democrats in Congress. It also wasn’t the first time he’s bucked his party when voting for Trump nominees.

Manchin voted in lockstep with the Trump administration on a number of key nominees, including his vote in favor of former Environmental Protection Agency (EPA) head Scott Pruitt and Secretary of the Interior Ryan Zinke. The West Virginia Democrat has been bucking party leadership on energy issues long before Trump entered the Oval Office — he voted to green-light construction of the Keystone XL Pipeline in 2015, for example.

Manchin earned a lifetime score of 45 percent from the League of Conservation Voters, an environmental advocacy organization. Green energy advocates also took umbrage with the fact that Manchin received $156,240 from fossil fuel interests during the 2018 election cycle.

Despite these circumstances, Manchin is poised to be the next ranking Democrat on the Senate Energy and Natural Resources (ENR) Committee when session begins in January 2019. Democratic Florida Sen. Bill Nelson has been voted out of office, leaving his ranking position on the Senate Commerce Committee open. Democratic Washington Sen. Maria Cantwell, the ranking member of the ENR Committee, has expressed interest in taking Nelson’s place. If such a move takes place, Manchin is next in line for the ENR spot.

Democrats and environmental groups are trying to stop Manchin’s promotion from happening.

“I have concerns, and that’s why I say that our issues are not just left and right, but that they’re top and down,” Democratic New York Rep.-elect Alexandria Ocasio-Cortez said Friday at an environmentalist rally. “I have concerns over the senator’s chairmanship just because I do not believe that we should be financed by the industries that we are supposed to be legislating and regulating and touching with our legislation.” (RELATED: Socialist Who Won Primary In Upset Has Radical Views On Energy Reform) 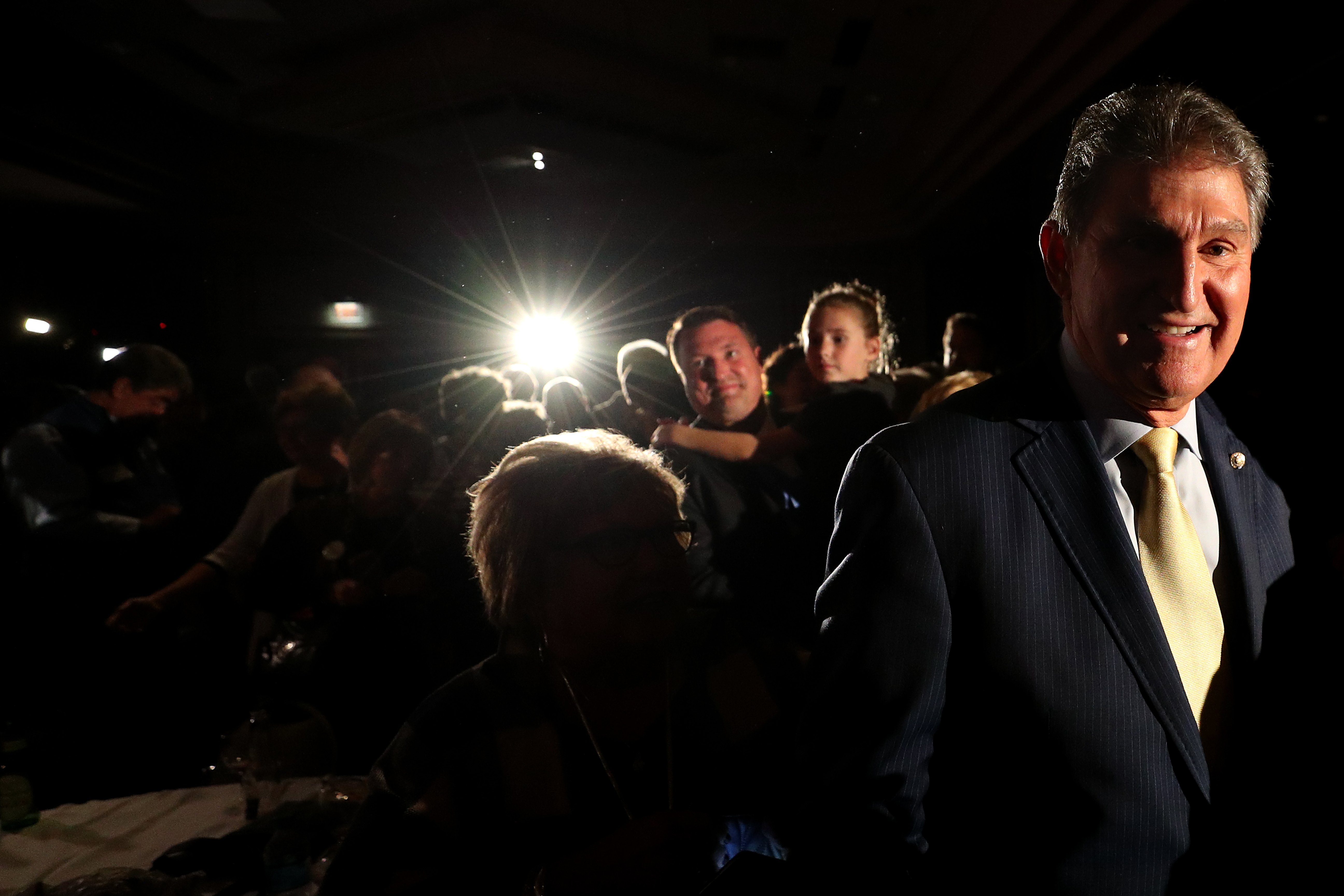 The rally Friday appeared to be only the beginning.

“Putting someone who has taken $1mil from fossil fuel CEOs in charge of climate policy is like pouring oil on a fire and saying you’re trying to put it out,” Aracely Jimenez, a member of Sunrise NYC, wrote in a statement obtained by The Daily Caller News Foundation. “As momentum builds for a Green New Deal, Senator Schumer has an opportunity to appoint a Ranking Member who will help the legislation we need to preserve the planet for our generation.”

The Sunrise Movement plans to hold a massive rally Dec. 10, calling on House Democrats to form the Select Committee on a Green New Deal, a proposal by Ocasio-Cortez to form a committee specifically aimed at addressing climate change issues and ushering in higher renewable energy mandates.

Manchin, for his part, has urged anyone taking issue with his energy positions to speak to him directly.

“Tell them to please come talk to me. If you talk to them, tell them Sen. Manchin is open,” he stated to Politico on Thursday.

Neither Manchin’s office nor the Sunrise Movement responded to a request for comment from TheDCNF in time for publication.