“Here’s what I think. I want to say one thing about it. He’s the only president who has his own TV channel in history. Nixon didn’t have it. So he has Fox News, and Fox will just back him up,” Behar stated. (RELATED: Things Get Heated On ‘The View’ Over Migrant Caravan: ‘We Are A Nation Of Laws And Borders’)

Huntsman warned, “I would be careful about that though—”

“Let me finish the thought. His failure as a president means their failure as a station. They have everything invested in propping him up and backing his lies. So that is a very, very unusual position for someone to be in,” Behar responded.

Prior to joining “The View” this fall, Huntsman was a co-host of “Fox & Friends Weekend” on Fox News.

“Did you watch the Chris Wallace interview with President Trump a few weeks ago?” Huntsman followed up.

Behar answered, “Some of it.” 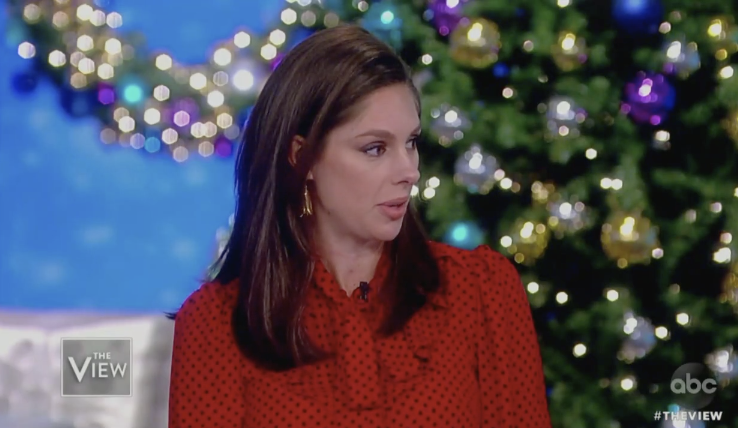 “Did you think there were some hard-hitting questions there?” Huntsman asked.

“Yeah,” Behar responded with a shrug.

The tense exchange came a day after Behar and McCain got into a very heated back-and-forth over Behar’s criticism of Trump in comparison to the late President George H.W. Bush. That moment forced Whoopi Goldberg immediately to go to a commercial break.

“That was Fox News. There are a number of folks that very much push back on him, and not in his camp that are great journalists,” Huntsman answered.

“Bret Baier, Kennedy, Harris Faulkner, Shep Smith, I could go on, and on, and on. There are a lot of great people at Fox News,” McCain chimed in.

“Yeah, but there are plenty who don’t. And the overall position — [Trump’s] base watches the ones who do back him.”