The office of former President George H.W. Bush thanked the Trump administration and congressional leadership for their support amid preparations for a Wednesday state funeral.

The Office of George H. W. Bush thanks The President and First Lady, their White House staff, and the Congressional leadership from both parties — and their staff — for their amazing support as we attempt to give this great and good man the send-off he surely deserves. #Bush41 https://t.co/yKLBYpVUv3

U.S. President Donald Trump salutes as he and first lady Melania Trump pay their respects as former U.S. President George H.W. Bush lies in state in the U.S. Capitol Rotunda December 03, 2018 in Washington, DC. A WWII combat veteran, Bush served as a member of Congress from Texas, ambassador to the United Nations, director of the CIA, vice president and 41st president of the United States. Members of the public can pay their respects as Bush lays in state until Wednesday, when he will be honored during a memorial service at the National Cathedral. (Photo by Chip Somodevilla/Getty Images)

Trump revealed Tuesday that he would visit the Bush family as they reside in his official guest house across the street from the White House and that Melania would give former first lady Laura Bush a tour of the White House Christmas decorations. (RELATED: Here’s A Look Back At George H.W. Bush’s Life In Pictures)

Looking forward to being with the wonderful Bush family at Blair House today. The former First Lady will be coming over to the White House this morning to be given a tour of the Christmas decorations by Melania. The elegance & precision of the last two days have been remarkable! 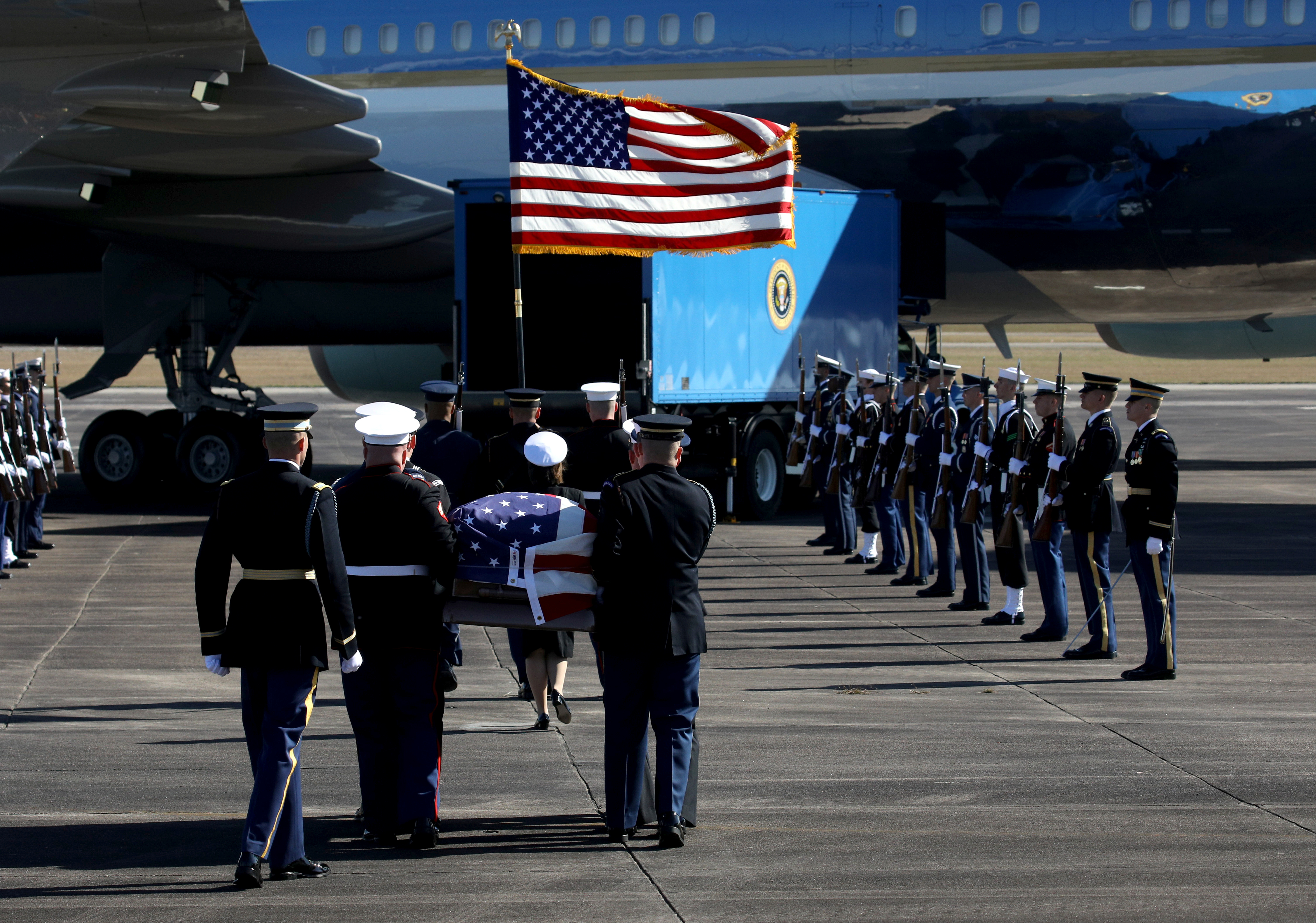 The White House has reportedly accommodated all of the requests of the Bush family, including sending the presidential aircraft known as Air Force One to go pick up his body from Houston, Texas for his funeral.

H.W. Bush’s casket lies in state within the U.S. Capitol rotunda Tuesday as the public pays its respects. The former president will receive a state funeral Wednesday at the National Cathedral. Afterwards, his body will be flown back to Houston, Texas on Air Force One. He will then be loaded onto a train and make his way to College Station, Texas, where he will be laid to rest at the George H.W. Bush Presidential Library and Museum on the campus of Texas A&M University. 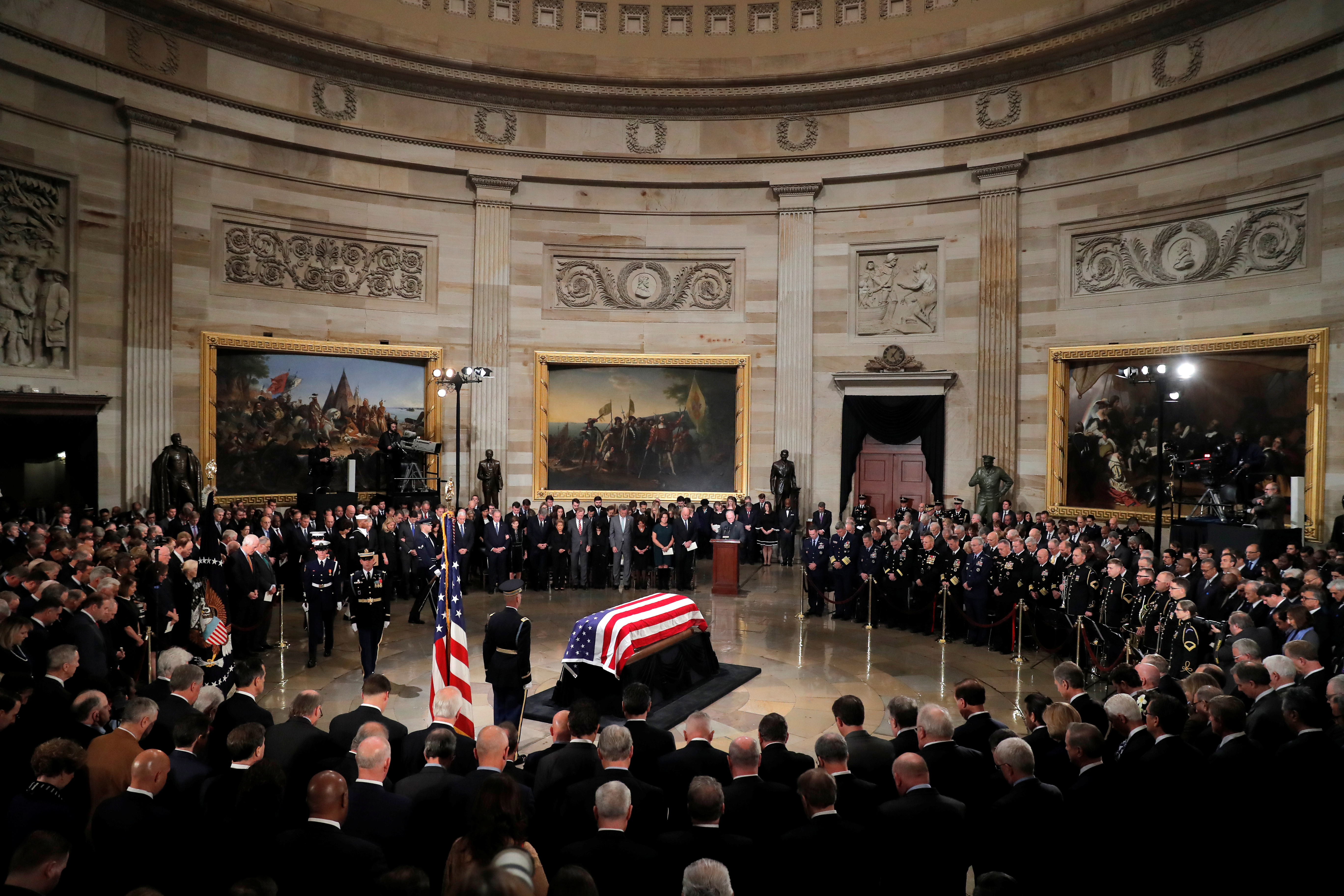