The 9th U.S. Circuit Court of Appeals struck down a federal law Tuesday that makes it illegal to “encourage or induce” someone to enter the country illegally.

The three-judge panel found the provision’s sweep “criminalizes a substantial amount of protected expression” in violation of the First Amendment.

The case arose when Evelyn Sineneng-Smith, a California woman who owns an immigration consultancy in San Jose, advised illegal aliens to remain in the U.S. and apply for legal status for which she knew they were ineligible. A jury tied and convicted Sineneng-Smith for tax fraud, mail fraud and inducing foreign nationals to remain in the U.S. in 2015.

On appeal, Sineneng-Smith argued the inducement law was an unconstitutional content-based restriction on speech. In a rare move, the 9th Circuit then asked for briefing and argument on a different First Amendment issue that Sineneng-Smith did not explicitly raise: that the inducement law was unconstitutional because it was overly broad. Though this request is rather unusual, the 9th Circuit said it was appropriate because it was broadly consistent with her claims.

The request left little doubt as to how the court would rule. Tuesday’s decision striking down the inducement law found it criminalizes a wide swath of constitutionally protected speech. (RELATED: George H.W. Bush Has A Far-Reaching Supreme Court Legacy) 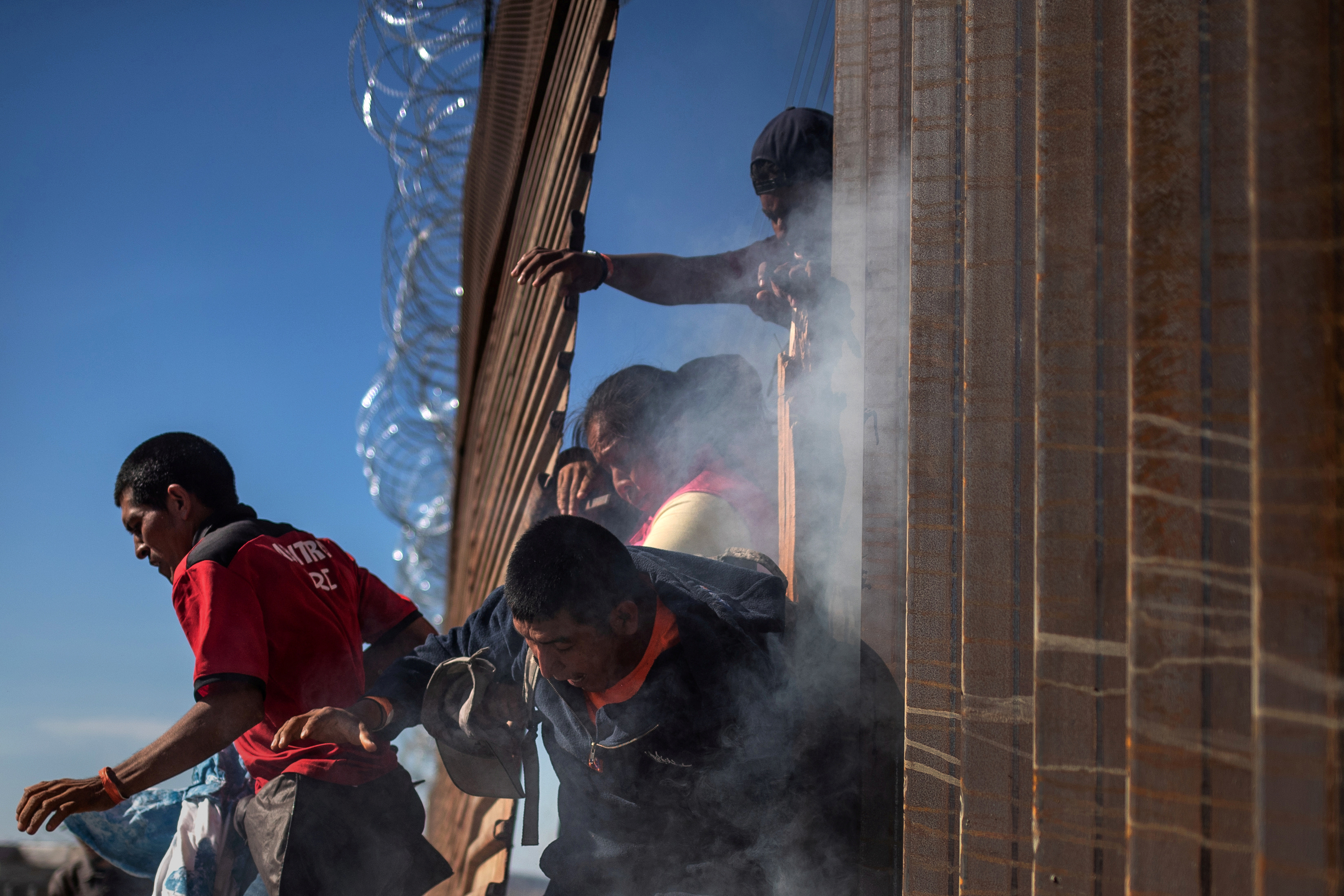 Migrants, part of a caravan of thousands from Central America trying to reach the United States, return to Mexico after being hit by tear gas by U.S. Customs and Border Protection (CBP) after attempting to illegally cross the border wall into the United States in Tijuana, Mexico REUTERS/Adrees Latif

The decision cites several examples of protected speech imperiled by the law: an attorney urging their client to stay in the country to fight a removal order; a speaker addressing the topic of illegal immigration urging unlawful aliens to stay in the U.S. to support direct political action; or “a loving grandmother who urges her grandson to overstay his visa.”

“The foregoing examples are not some parade of fanciful horribles,” the ruling reads. “Instead, they represent real and constitutionally-protected conversations and advice that happen daily. They demonstrate [the law’s] impermissible applications are real and substantial.”

1
'I SURE DID, F**CKER': Kathy Griffin Doubles Down On Hoping Trump Gets Stabbed With Potentially Fatal Air-Filled Syringe
US
2
Grenell Declassifies Document Said To Be 'Very Significant' To Origins Of Russia Probe
Politics
3
'Journalists Are Not Above Being Questioned': Kayleigh McEnany Fires Back At Chris Wallace
Media
4
Brit Hume Hits Back At CNN Mask Criticism: Biden 'Looked Ridiculous,' Masks 'Not Necessary' Outdoors
Media
5
Tucker Carlson Blasts Media Hypocrisy Behind 'Mask Rage'
Media