His appointments helped set the trajectory of the nascent conservative legal establishment, and permanently altered Republican perceptions of the judicial selection process.

Bush 41’s legacy pick was Justice Clarence Thomas, who has served on the court for over 25 years. Thomas’ writings as a justice have done significant work toward articulating a coherent conservative legal philosophy, which has since captured wide swaths of the federal judiciary.

The justice’s influence is far reaching as a matter of both scholarship and personnel — his acolytes now populate the federal bench and President Donald Trump’s White House.

Trump has appointed 22 Thomas clerks to senior positions in his administration or the federal courts as of August. One observer called Thomas’ clerks “the legal brain trust of the Trump administration,” while another bemoaned the “Clarence Thomas takeover” of the executive and judicial branches.

“It is with deep and profound sadness that Virginia and I learned of the passing of President Bush,” Thomas said in a Saturday statement. “I was honored to be nominated by him to the U.S. Court of Appeals for the D.C. Circuit and the Supreme Court of the United States. Both he and Mrs. Bush were the essence of decency and kindness then and throughout the years. Virginia and I extend our thoughts and prayers to the entire Bush family.”

Bush’s other appointment to the high court was Justice David Souter, then a little-known judge from New Hampshire. Though Souter would prove a diligent, highly respected jurist, he was an enormous disappointment to conservatives, as he voted reliably with the Supreme Court’s liberal bloc. (RELATED: Here Are The Harrowing Details Of How George H.W. Bush Earned The Distinguished Flying Cross)

Souter rejected formal interpretative methods like Thomas’ originalism, in favor of an approach that acknowledged ambiguity or contradiction in law and looked to human experience to resolve it. Speaking at Harvard in 2010, he summarized his view with a favorable quotation of former Justice Oliver Wendell Holmes: “Certainty generally is illusion and repose is not our destiny.”

Court watchers believe Souter became alienated from his conservative colleagues as time progressed. A 2012 New Yorker report claims that Chief Justice John Roberts went to great lengths to ensure that Souter’s draft dissent in the Citizen’s United case — which struck down limits on corporate campaign expenditures — was never published. Souter retired in 2009 and was succeeded by Justice Sonia Sotomayor. 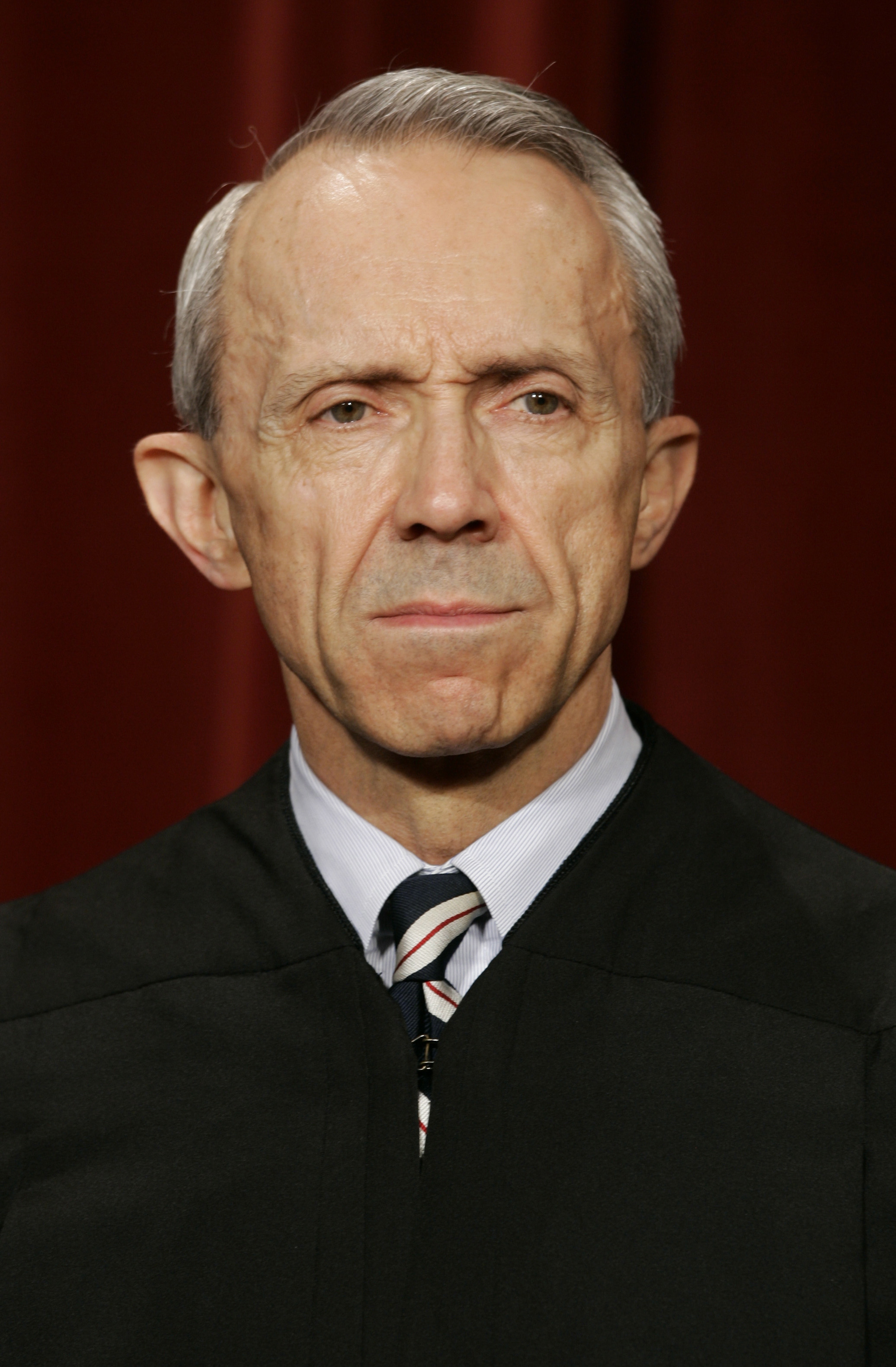 Justice David Souter poses for an official picture with other justices at the U.S. Supreme Court in Washington, Oct. 31, 2005. (Photo: Reuters)

Bitterness still lingers among Republicans over the Souter nomination, such that many conservatives give no quarter to prospective judicial nominees whose views are even somewhat obscure. As a general matter, most Republican appointees to the Supreme Court and the appeals courts have been reliably conservative since the Souter nomination, a shift prompted in part by the demands for ideological allegiance Souter’s appointment provoked.

“The president was a gentleman who showed me great kindness, and for as long as memory serves I’ll think back on him kindly and gratefully in return,” Souter said. (RELATED: Conservatives Back Disabled Death Row Inmate At Supreme Court)

Bush appointed three other sitting justices to the federal courts. In the closing months of his administration, he nominated Roberts — then an attorney in the solicitor general’s office — for a seat on the D.C. Circuit. The Democrat-controlled Senate never took up the nomination, which lapsed with the inauguration of former President Bill Clinton in January 1993.

Bush 41 also appointed Justice Samuel Alito to the Third U.S. Circuit Court of Appeals, where he would serve until his elevation to the Supreme Court in 2006.

Perhaps unexpectedly, Sotomayor was also a George H.W. Bush appointee. The former president nominated her to serve as a trial judge on a federal court in New York City. The White House generally relies on senators to recommend candidates for judgeships in their states, and presidents are often deferential to these choices as a matter of tradition. Sotomayor had champions in former New York Sens. Daniel Patrick Moynihan, a Democrat, and Al D’Amato, a centrist Republican, leading to her appointment by George H.W. Bush in 1991.

Six years later in 1997 she was elevated to the 2nd U.S. Circuit Court of Appeals. An appointment to the Supreme Court followed in 2009.