This Christmas, give the gift of high-definition streaming with these 7 fantastic streaming devices.

As 2018 takes its final bow, it should be no surprise that the market is jam-packed full of incredible streaming options, all vying for a place in your Christmas shopping cart. And while most of these products cover similar ground, they’re definitely not all created equal. We’ve waded through all of the streaming options currently on the market to find the seven best streaming devices that money can buy, in no particular order.

Without further adio, let’s dive into the seven best streaming devices you should have on your wish list this Christmas and give you a quick rundown on why. 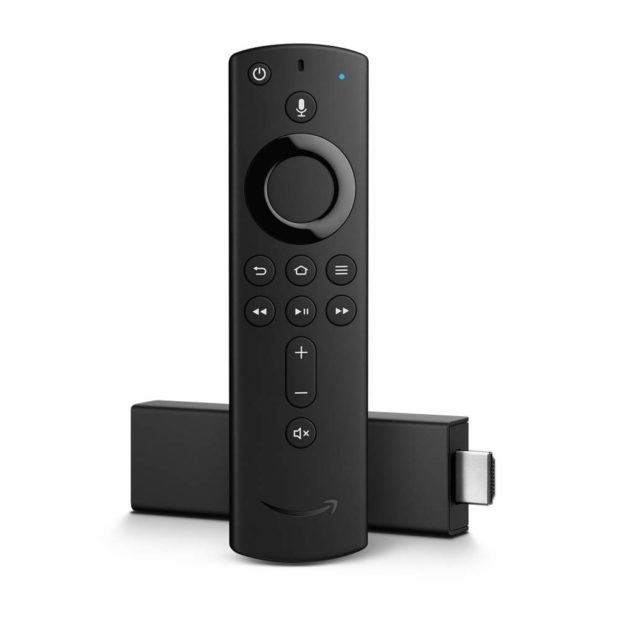 There’s no denying that Fire Stick 4K is one of the best streaming devices ever made. At only $49.99, it’s an unbelievable value as well. If you’re in the market for a high-end streaming device, push this one towards the top of your list. 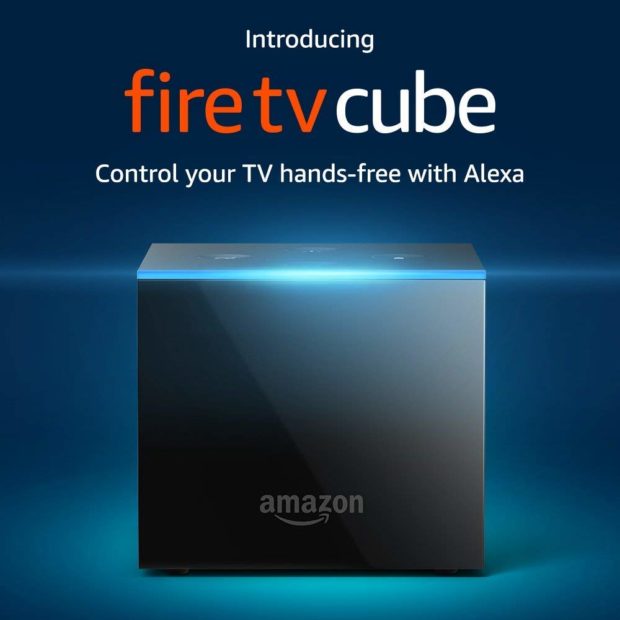 The Fire TV Cube is the boxy big brother to the Amazon Fire TV Stick products, offering much of the same in terms of streaming quality and available application. However, the Fire TV Cube is a more comprehensive media center and unlike the Fire Stick, can be controlled from anywhere in the room with your voice through Alexa. The Fire TV Cube also has a built-in speaker, allowing it to function as a standalone Alexa device, with or without the TV. On the technical side, the Fire TV Cube supports 4K HD streaming up to 60fps, as well as Dolby Atmos sound.

At the end of the day, the Fire TV Cube may not be for everyone, but as an all-in-one media hub with hands-free Alexa control, this box may be just the streaming device your smart home is looking for. 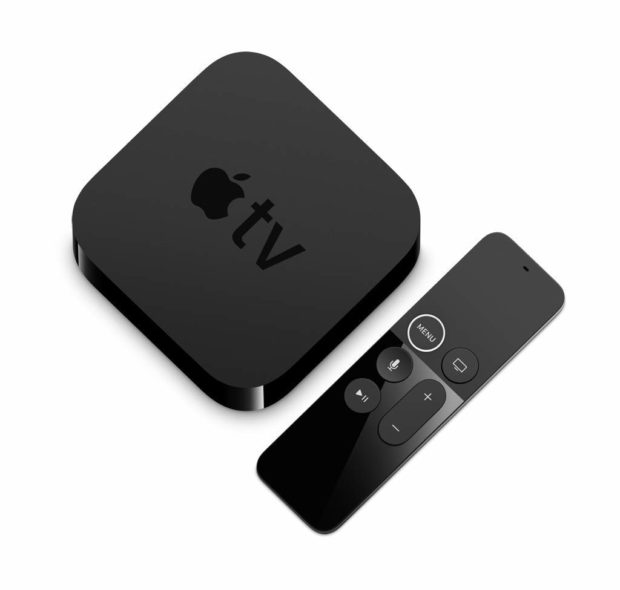 The latest version of the Apple TV is a powerful 4K streaming device with 64GB of storage and a lightning-fast A10X Fusion chip for top-grade performance. Similar to the Fire Stick 4K, the Apple TV 4K has Siri built into the remote and can be activated with the touch of a button for voice-controlled use of the apps and services within Apple TV. On the spec side of things, this model of the Apple TV offers 4K HDR, Dolby Vision, and HDR 10 video, as well as support for the immersive Dolby Atmos 36o degree sound setup.

Like most Apple products, the Apple TV is at its best when it’s working synergistically with other Apple products. If you’re an Apple user and are on the fence about dropping about $200 on a streaming device, there’s plenty of return on the investment. The Apple TV works great with all Apple products, and can actually be used as a smart home hub for Apple HomeKit devices.

For those who don’t care about Apple synergy, the Apple TV is still an excellent choice but doesn’t hold the same value as some of the other devices on this list. 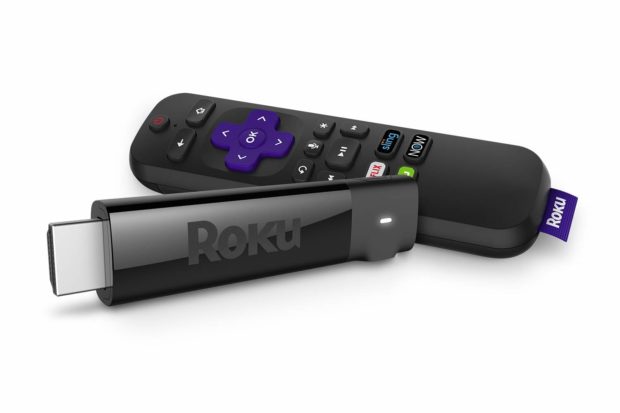 Normally $60, the Roku Streaming Stick+ is 17 percent off (Photo via Amazon)

Roku Streaming Stick+ | HD/4K/HDR Streaming Device with Long-range Wireless and Voice Remote with TV Power and Volume on sale for $49.99

Roku’s premiere streaming stick is a force to be reckoned with and offers much more than its low price tag would suggest. The Roku Streaming Stick Plus offers all streaming applications you could think of, all run from Roku’s solid yet simple interface. The Streaming Stick Plus ups the game from the original Streaming Stick, offering 4K UHD, HDR 10, and HLG video capabilities, as well as DTS Surround and Dolby Atmos pass through over HDMI. This Roku also has voice control, which pits it against the similarly priced Amazon Fire Stick 4K and the much more expensive Apple TV 4K.

All in all, you can’t go wrong with any Roku product. But for 4K streaming and Dolby Atmos compatibility, you’ll be hard pressed to find a better value than the Roku Streaming Stick Plus. 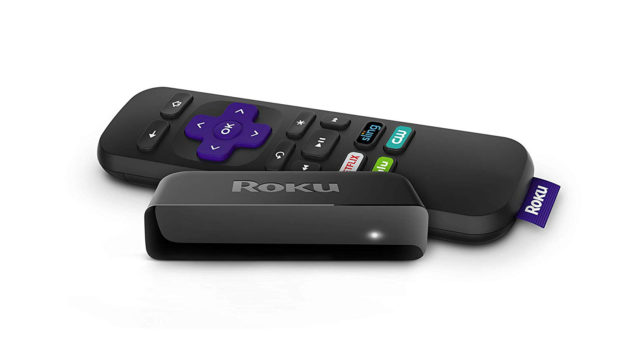 It might not stream 4K quality video, but at the unbelievably low price of $29.88, the Roku Express is undoubtedly the best value in the streaming world. This affordable powerhouse comes with a high-grade HDMI cable and Roku’s signature remote control. The Roku Express can stream HD video up to 1080p from a wide range of apps and services and offers DTS Surround and Dolby Atmos pass through over HDMI. 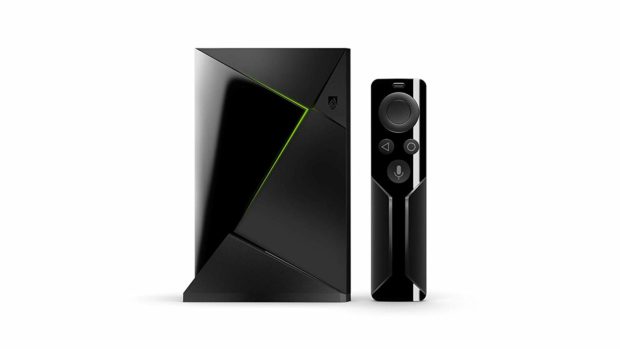 Normally $179, the NVIDIA Shield TV is 6 percent off (Photo via Amazon)

While perhaps not as well known as the Rokus, Fire Sticks, and Apple TVs of the streaming world, the Nvidia Shield is still a powerhouse built to satisfy even the most nitpicky streamers. On the technical end, the Shield is virtually unmatched, offering crystal clear 4K HDR streaming on the visual side and Dolby Atmos/DTS-X Surround pass through on the audio side. Apart from the technical nitty-gritty, this streaming device is easily amongst the most versatile and can function as a streaming device, a gaming console, or a smart home hub with connectivity to Google Home and Alexa through compatible devices. Beyond that, if you’re looking for a simple way to stream something from your phone, tablet, or laptop quickly, the Nvidia Shield has built-in 4K Chromecast. That’s right, one of our other favorite streaming devices is completely packaged into this one.

The Nvidia Shield is nothing short of a premium media streamer. If you’re looking for a streaming device that can do it all, and you don’t mind paying a little extra for it, the Nvidia Shield has your name written all over it. 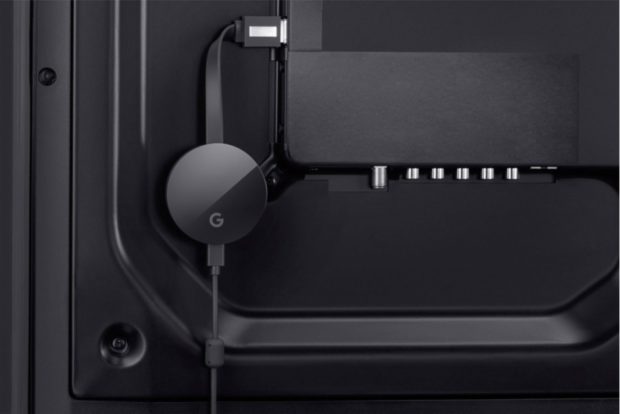 The Google Chromecast Ultra is hands-down the simplest way to stream 4K content to the big screen. For those unfamiliar with the Chromecast, Google eliminated the need for an additional remote control (it’s just gonna end up in the couch cushions anyway) by allowing the user to “cast” from any phone, tablet, or laptop that’s set up with the Chromecast. It’s a choice that’s both highly convenient and mildly frustrating that it eats up an entirely separate device while you’re streaming. Regardless, Google perfected that design with the Chromecast Ultra by offering 4K HDR streaming and Google Home compatibility with voice control.

The point is, if you already liked the concept of the original Chromecast, you’ll love the Chromecast Ultra. And at around $70, it’s not a bad value either.