A pair of Harvard University Ph.D. candidates may have put a dagger in the mythical “gender wage gap” oft cited by politicians and pundits as an issue that can be addressed through governmental policy.

In a paper titled, “Why Do Women Earn Less Than Men?” Valentin Bolotnyy and Natalia Emanuel study the unionized environment of the Massachusetts Bay Transportation Authority (MBTA).

Economist John Phelan describes the MBTA as a “union shop with uniform hourly wages where men and women adhere to the same rules and receive the same benefits. Workers are promoted on the basis of seniority rather than performance, and male and female workers of the same seniority have the same choices for scheduling, routes, vacation, and overtime. There is almost no scope here for a sexist boss to favor men over women.” 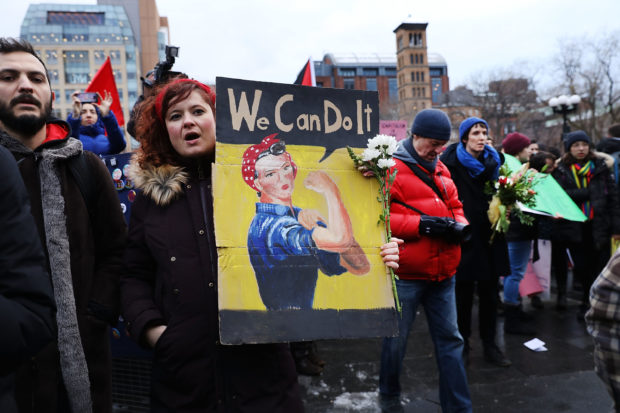 And yet, Bolotnyy and Emanuel reported that “female workers earn $0.89 on the male-worker dollar (weekly earnings).” The Ph.D. candidates used “confidential administrative data” on the authority’s bus and train operators “to show that the weekly earnings gap can be explained by the workplace choices that women and men make.”

Women value time away from work and flexibility more than men, taking more unpaid time off using the Family Medical Leave Act (FMLA) and working fewer overtime hours than men. When overtime hours are scheduled three months in advance, men and women work a similar number of hours; but when those hours are offered at the last minute, men work nearly twice as many. When selecting work schedules, women try to avoid weekend, holiday, and split shifts more than men.

To avoid unfavorable work times, women prioritize their schedules over route safety and select routes with a higher probability of accidents. Women are less likely than men to game the scheduling system by trading off work hours at regular wages for overtime hours at premium wages.

Because they’ve conducted a study on males and females working the same job at the same place, Phelan believes Bolotnyy and Emanuel’s research will be difficult to dismiss. (RELATED: Whoopi Tackles Equal Pay: ‘Call Me A Bitch All Day Long!’)

“The ‘gender wage gap’ is as real as unicorns and has been killed more times than Michael Myers,” writes Phelan. “Yet politicians feel the need to genuflect before this phantom figure.”