President Donald Trump’s advisor and son-in-law Jared Kushner stated during his interview with Sean Hannity on Monday night that the living conditions in the West Bank and Gaza are not acceptable.

“We are focused on the broader region, which is figuring out how to hopefully bring a deal together between the Israelis and the Palestinians. That conflict has gone on for way too long. The president has been very focused on trying to bring all of the different parties together,” Kushner began.

“We are hopeful in the next couple of months we will put out our plan which, again, not every side is [going to] love, but there is enough in it and enough reasons why people should take it and move forward. This plan will keep the Israeli people safe, give them a good future, but also give a real opportunity and hope for the Palestinian people so that they can live much better lives,” he continued. “I’ve been saying a lot that there … you should not be hijacking your children’s future because of your grandparents’ conflict.” 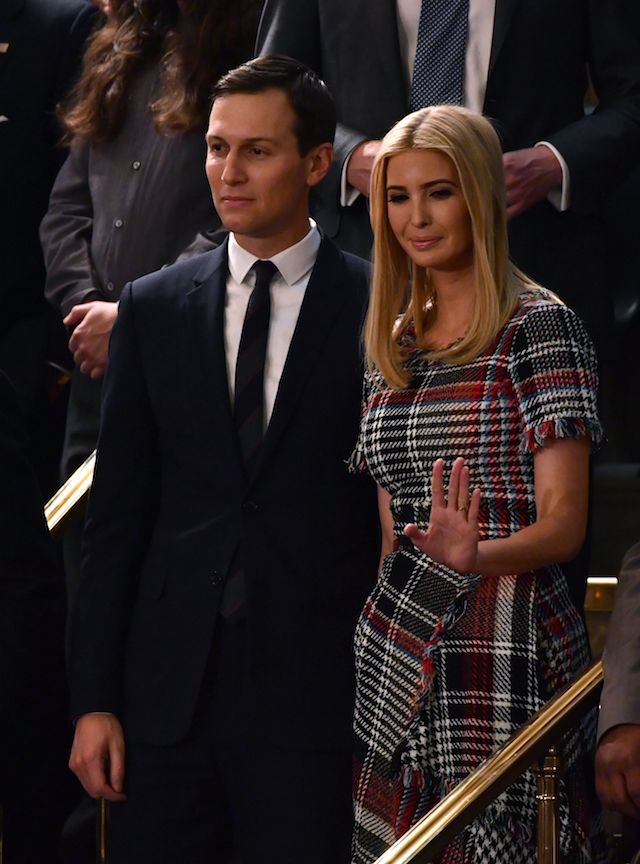 Senior Advisor to the President Jared Kushner (L) and Ivanka Trump arrive for the State of the Union address at the US Capitol in Washington, DC, on January 30, 2018. (NICHOLAS KAMM/AFP/Getty Images)

“This is a conflict that has been going on for way too long. And the way the people are living in Gaza and West Bank right now is not acceptable,” Kushner added. “There is a lot that we could be doing to improve the quality of life, but it comes with resolving some of these core issues. And it is not just the Israelis that want it, it’s not just the Palestinian people who want it, it is all of the people I speak to throughout the entire Middle East who would like to see the issue resolved so they can start focusing on a brighter future.”