New York Democratic Rep. Jerry Nadler called Google’s alleged anti-conservative bias that prompted a House Judiciary Committee hearing with the company’s CEO a “fantasy dreamed up by some conservatives,” in his opening remarks at the hearing Tuesday.

“Before we delve into these questions, I must first dispense with a completely illegitimate issue, which is the fantasy dreamed up by some conservatives that Google and other online platforms have an anti-conservative bias,” said Nadler, the ranking member of the committee. “As I have said repeatedly, no credible evidence supports this right-wing conspiracy theory. I have little doubt that my Republican colleagues will spent time presenting a laundry list of anecdotes and out-of-context statements made by Google employees as supposed evidence of anti-conservative bias. None of that will make it true.”

Nadler also said that it was within Google’s “rights as a private company” to discriminate against conservative viewpoints because the Federal Communications Commission (FCC) abolished the fairness doctrine for broadcasters decades ago.

The now-defunct fairness doctrine “required equal access for groups or individuals wanting to express opposing views on public issues,” according to TechLiberation.com.

The FCC abolished the fairness doctrine in 1987 for several reasons, including that it may have violated free speech under the First Amendment. The doctrine was also based in part on the idea that there was limited space on the airwaves for diverse views to be put forward, a problem that the internet certainly seems to have solved.

Nadler seemed more concerned with discussing what Google did or did not do to prevent any foreign interference in the 2016 presidential election, although Tuesday’s hearing had a different focus.

“For example, we should examine what Google is doing to stop hostile foreign powers from using its platform to spread false information to harm our political discourse,” Nadler said. 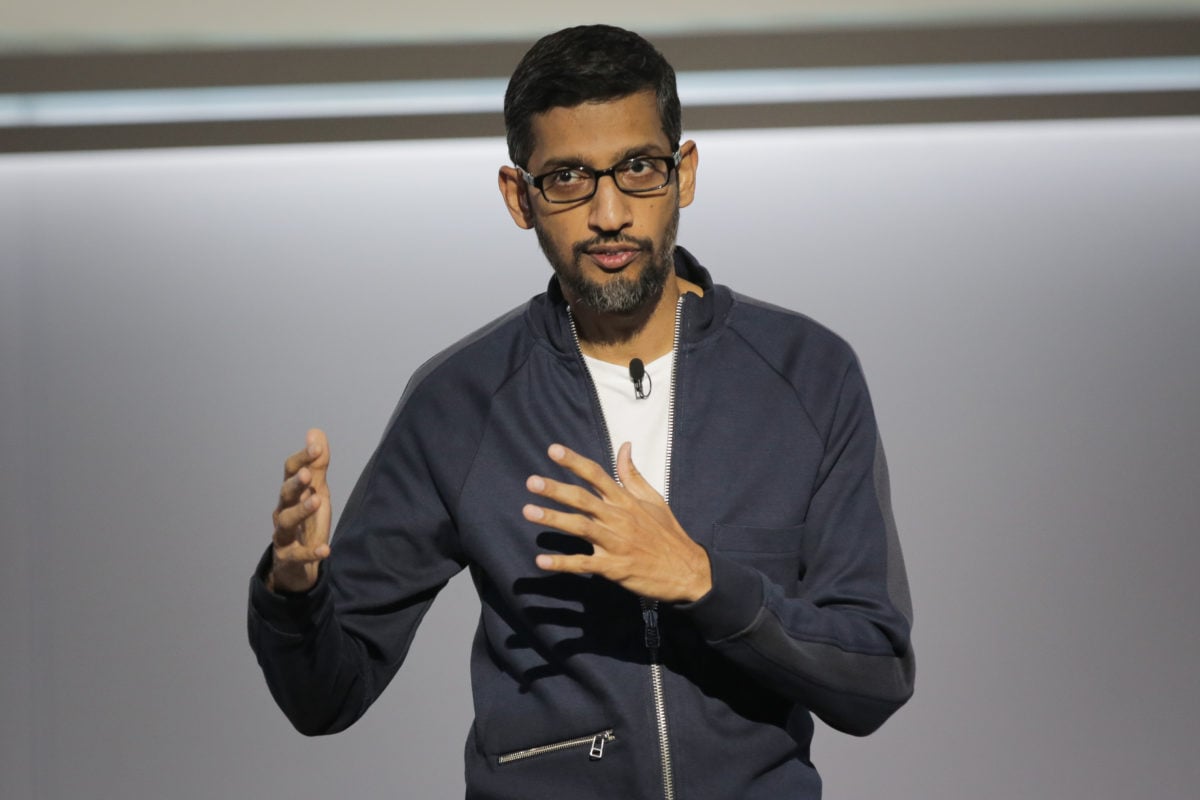 The Senate Intelligence Committee questioned Twitter and Facebook executives on that topic in September. Google CEO Sundar Pichai received criticism for declining to testify at that hearing although another Google executive submitted written testimony.

Republican lawmakers are expected to grill Google over examples of political bias including a leaked emails published by The Daily Caller News Foundation that showed the tech giant’s employees debated burying conservative media outlets in Google’s search function as a response to President Donald Trump’s election.

“Americans put their trust in big tech companies to honor freedom of speech and champion open dialogue, and it is Congress’s responsibility to the American people to make sure these tech giants are transparent and accountable in their practices,” House Judiciary Committee Chairman Bob Goodlatte, a Virginia Republican, said in a Nov. 28 committee press release.