Democratic Tennessee Rep. Steve Cohen asked Google to look into its search engine’s “overuse” of conservative news outlets at a hearing on transparency and accountability at Google on Capitol Hill Tuesday.

Cohen’s remarks centered on his experience Googling himself following cable news appearances and finding stories about his appearances on outlets like The Daily Caller and Breitbart.

“This weekend I was on MSNBC four times,” Cohen told Google CEO Sundar Pichai during the hearing. “Yet the first thing that comes up is The Daily Caller, not exactly a liberal, but I guess a well-known, group. Then it’s Roll Call, then Breitbart News, then the Memphis Business Journal, then Breitbart. So it looks like you are overly using conservative news organizations on your news. I’d like you to look into overuse of conservative news organizations to put on liberal people’s news on Google, and if you’d let me know about that I’d appreciate it.”

“You know, we do get concerns across both sides of the aisle,” Pichai said. “I can assure you we do this in a neutral way, and we do this based on a specific keyword, what we are able to assess.” (RELATED: Google Employees Debated Burying Conservative Media In Search) 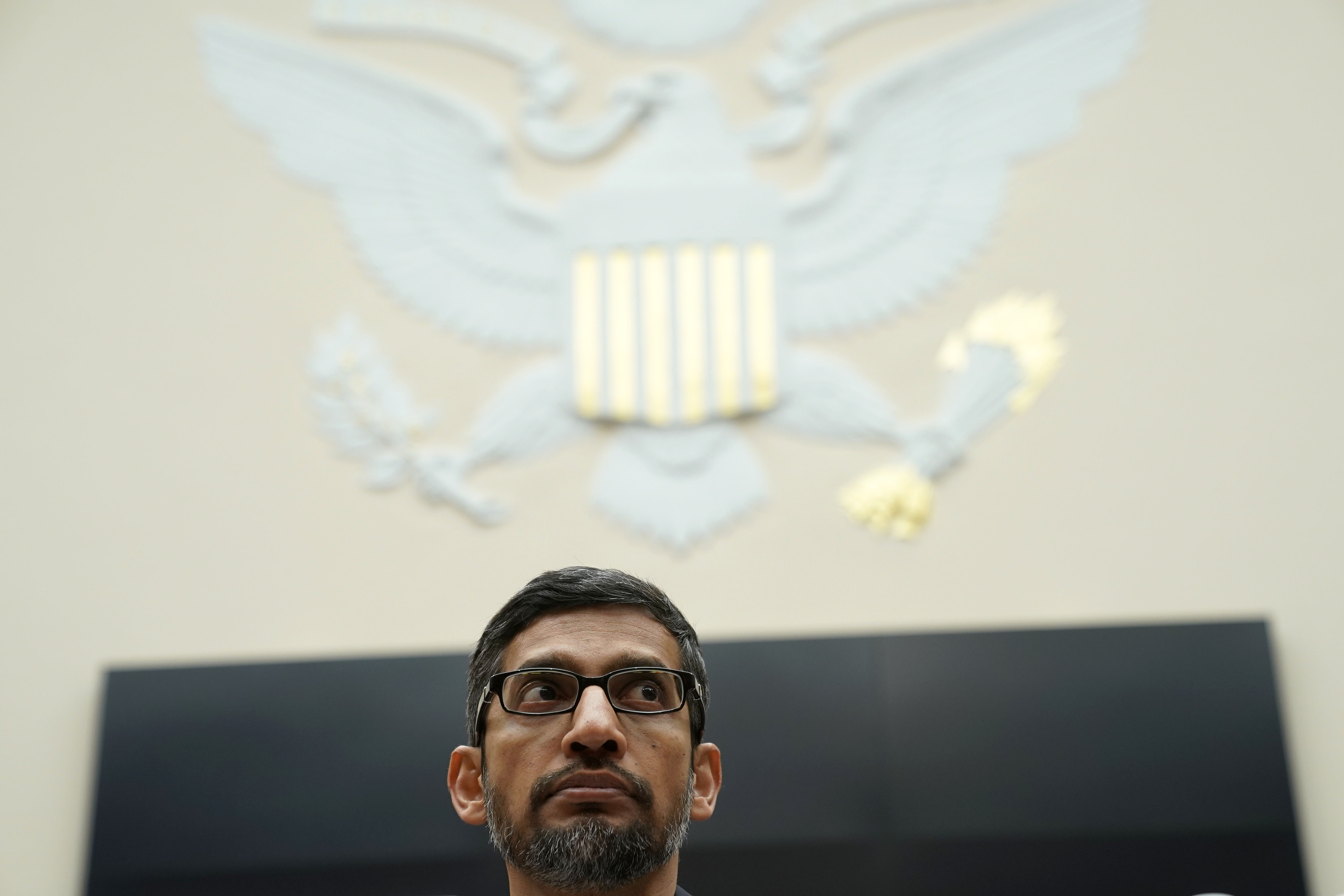 “According to the Wall Street Journal, 90 percent of all Internet searches go through Google. That is power,” committee member and House Majority Leader Kevin McCarthy said at the Tuesday hearing. “It comes with responsibility. Mr. Pichai, it was necessary to convene this hearing because of the widening gap of distrust between technology companies and the American people.”

“What is important here is we use the robust methodology to reflect what is being said about any given topic at any particular time,” Pichai said while being questioned. “And we try to do it objectively using a set of rubrics. It is in our interest to make sure we reflect what’s happening out there in the best objective manner possible. I can commit to you and assure you we do it without regards to political ideology. Our algorithms have no notion of political sentiment.”

Pichai had received criticism for declining to testify at a Senate Intelligence Committee hearing in September although another Google executive submitted written testimony.