Johnson & Johnson saw its stock fall 9 percent after the Friday publication of a Reuters report that alleges the company did not tell regulators or the public about asbestos found in its talc products, including baby powder, for decades.

Individuals sued Johnson & Johnson for years claiming asbestos in its products made them seriously ill, but the report details brand-new company documents in which executives, lawyers and scientists discuss powder samples that were found to contain asbestos in the lab.

The documents became available only once Johnson & Johnson was compelled to share them with 11,700 plaintiffs claiming its baby powder and similar products gave them cancer, according to Reuters.

Asbestos is a naturally occurring mineral that has been linked to ovarian cancer and mesothelioma, a rare form of cancer. The effects of asbestos can take years to manifest after exposure to the carcinogen. (RELATED: 78-Year-Old Murderer Who Could Be America’s Most Prolific Serial Killer Found Guilty In 1994 Cold Case)

The Environmental Protection Agency (EPA) banned many uses of asbestos in the 1970s, according to the its website.

The Reuters story focused on Darlene Coker, a woman who died in 2009 at age 63 after being diagnosed with mesothelioma. She sued Johnson & Johnson after years of using its baby powder, but had to drop the suit in 1999 when she couldn’t provide enough evidence, reported Reuters. 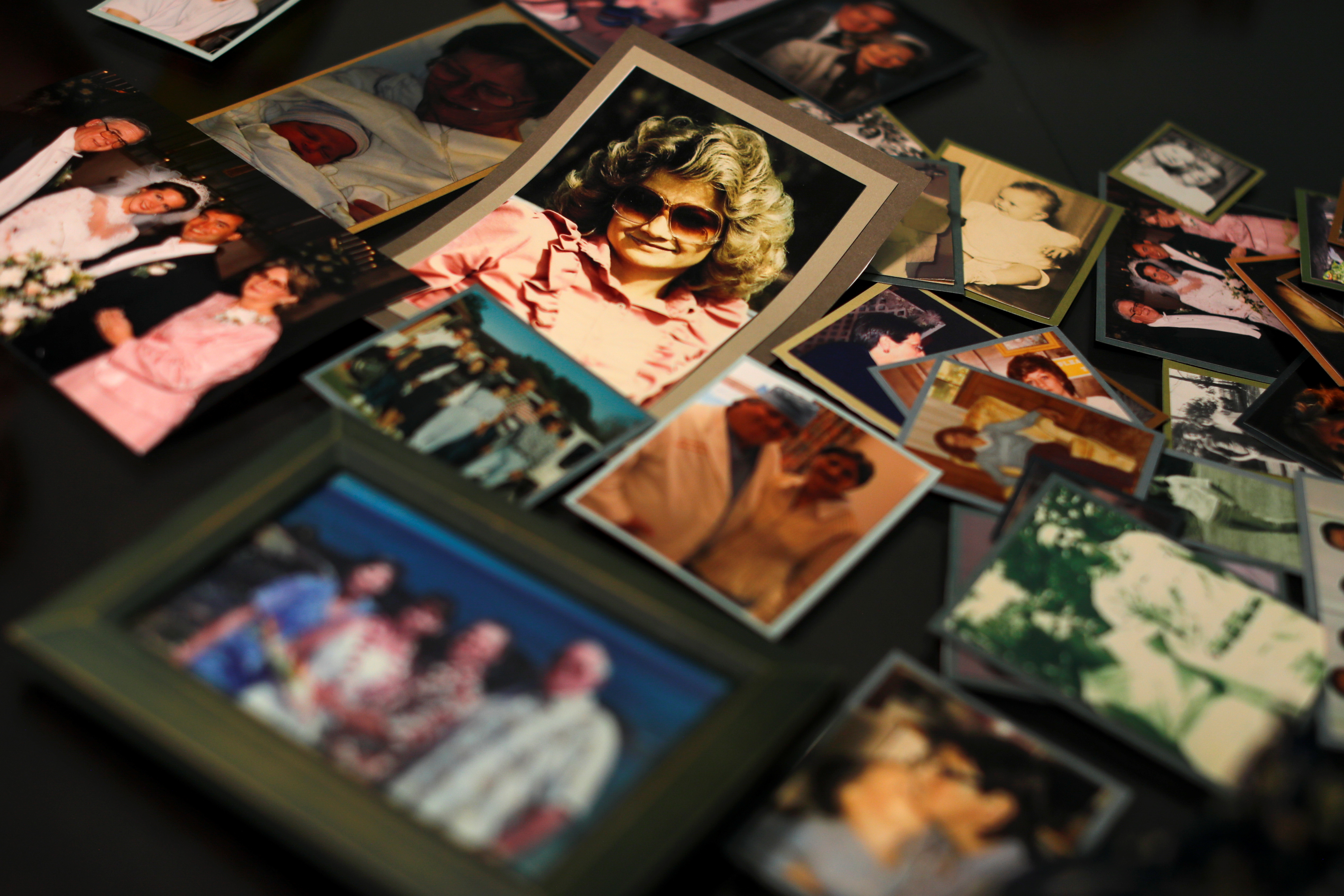 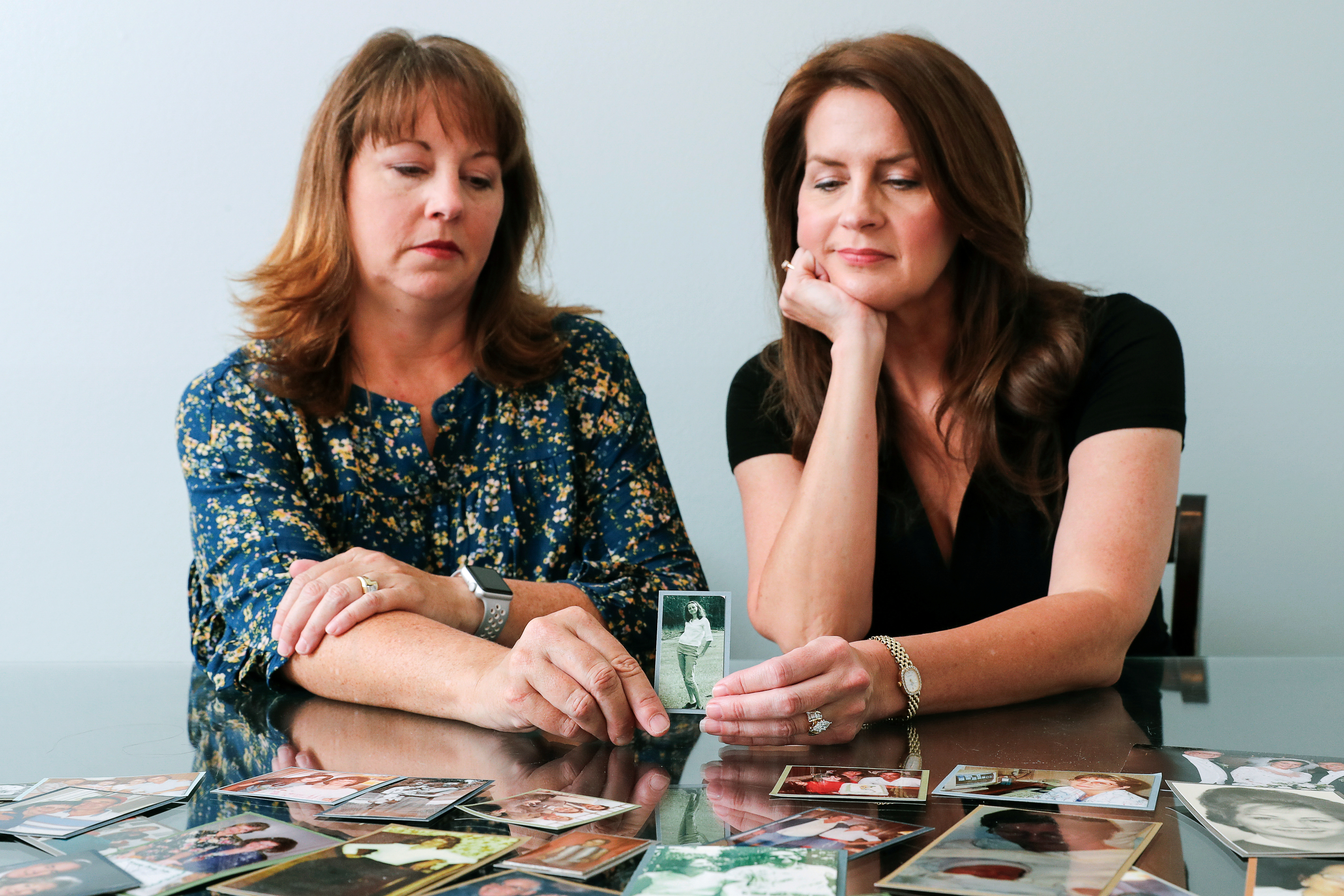 Cady Evans and her sister Crystal Deckard hold an old photograph as they reminisce on the loss of their mother in California, U.S. August 15, 2018. REUTERS/Mike Blake

Johnson & Johnson has had both favorable and unfavorable verdicts in cases involving plaintiffs who allege its talc products gave them mesothelioma, according to Reuters. The company’s lawyers have used the following arguments in court:

In court, [Johnson & Johnson] lawyers have told jurors that company records showing that asbestos was detected in its talc referred to talc intended for industrial use. Other records, they have argued, referred to non-asbestos forms of the same minerals that their experts say are harmless. J&J has also argued that some tests picked up “background” asbestos – stray fibers that could have contaminated samples after floating into a mill or lab from a vehicle clutch or fraying insulation.

A jury awarded 22 plaintiffs nearly $4.7 billion in damages in July based on their claim that asbestos in the company’s baby powder and Shower to Shower talc gave them ovarian cancer, reported The St. Louis Post-Dispatch. Shower to Shower is a brand Johnson & Johnson used to own.

Johnson & Johnson says it will appeal the verdicts against it, reported Reuters.

Plaintiffs’ attorneys out for personal financial gain are distorting historical documents and intentionally creating confusion in the courtroom and in the media. This is all a calculated attempt to distract from the fact that thousands of independent tests prove our talc does not contain asbestos or cause cancer. Any suggestion that Johnson & Johnson knew or hid information about the safety of talc is false.

The earliest mention of such a substance in Johnson & Johnson’s newly shared documents came in 1957 and 1958 lab reports on talc sourced from Italy. The reports didn’t refer to asbestos by name, but mentioned a contaminant known as tremolite, which is a form of asbestos. 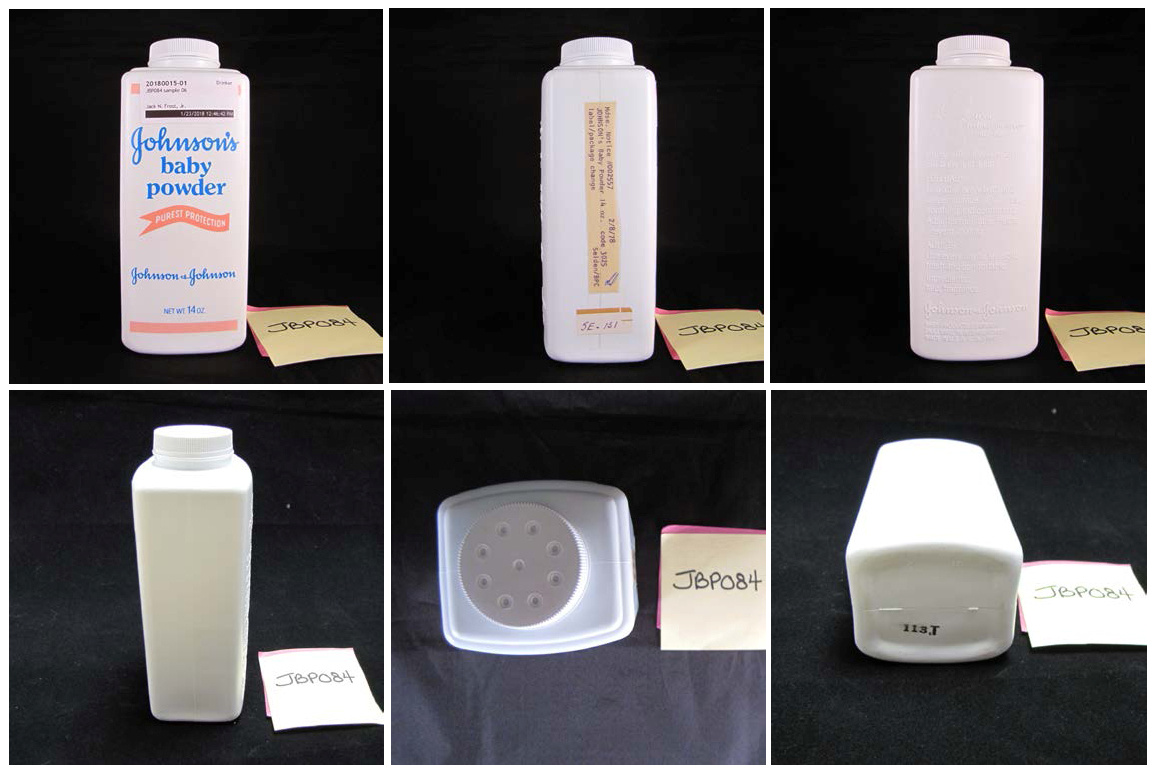 A combination of handout photographs used in a report analyzing a sample of Johnson’s Baby Powder from 1978, entered in court as a plaintiff’s exhibit in a case against Johnson & Johnson, is pictured in this undated handout photo obtained by Reuters November 9, 2018. Mark Lanier/Handout via REUTERS

A Johnson & Johnson talc executive asked a company doctor in a 1969 memo about tremolite, which he said was “normal” to find in U.S. talc deposits, reported Reuters.

“We have to firm up the position the Company should have on the presence of the mineral Tremolite in talc,” Ashton wrote. “The question is … How bad is Tremolite medically, and how much of it can safely be in a talc base we might develop?”

The doctor responded by informing Ashton of the potential medical dangers of the substance and telling him “it would seem to be prudent to limit any possible content of Tremolite … to an absolute minimum,” according to Reuters.

Talc products are just a drop in the bucket that is Johnson & Johnson’s revenue. Those products made up $420 million of the company’s $76.5 billion in revenue in 2017.

Johnson & Johnson has been sued for allegedly colluding with a former U.S. Food & Drug Administration (FDA) commissioner to enrich themselves by failing to disclose the dangers what the lawsuit deemed a “deadly” antibiotic.

The allegations against Johnson & Johnson come as other groups in the health industry face scrutiny. For example, at least 16 drug companies making roughly 300 generic medications are facing increasing pressure in a price-fixing investigation.

E-cigarette giant Juul is facing criticism for allegedly marketing its adults-only product to teens, although the medical community does not totally understand what vaping does to developing minds and bodies.

The Daily Caller News Foundation reached out to Johnson & Johnson but did not receive a response at the time of publication.