First lady Melania Trump was faced with an interesting request during a Wednesday visit to Joint Base Langley-Eustis in Virginia. One of the women serving in the Virginia Air National Guard at the base was waiting to meet Melania with a photo of her husband, Timothy Mong, who was unable to make the event.

Mong is himself a U.S. Marine veteran and a fan of the first lady. “My wife told me she was going to meet the first lady about a week ago,” he told The Daily Caller. “I was happy for her but I was also pretty bummed I couldn’t be there to meet her in person as well. She came up with the idea to print out a photo of me in hopes of her taking a picture with it.”

“This was the next best thing if it worked and I had my doubts,” Mong continued. “My wife pushed through a crowd and explained the situation to Mrs. Trump and she happily obliged.”

Out of this arrangement, Tim got what may be the photo of the year. (RELATED: First Lady Makes A Little Girl’s Christmas Dream Come True)

Here are the photos of the moment Tim’s wife asked for the first lady to take a photo with his picture: 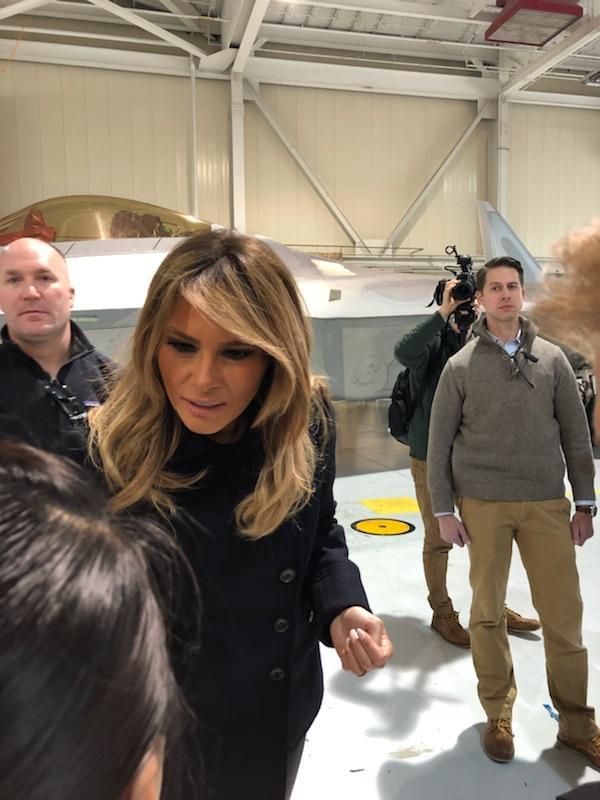 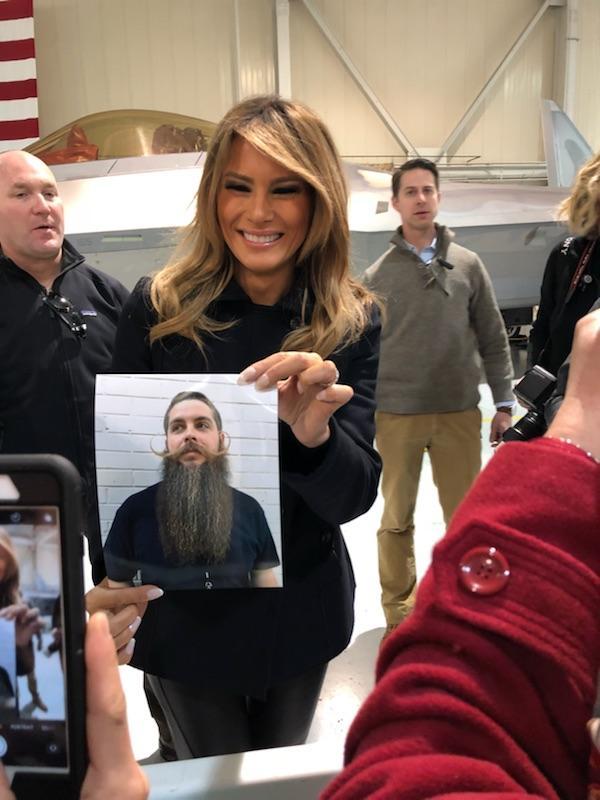 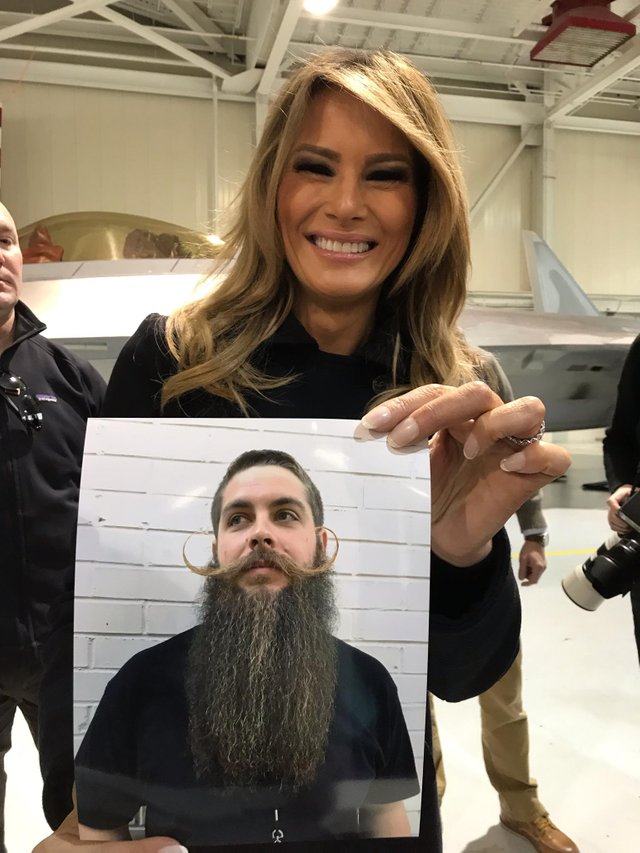 Tim told TheDC that he could not have received a better Christmas gift. When asked about his stylish beard, Tim said, “After I got out of the military, I was ready to never see a razor again. I grew it out, liked the way it looked and now it feels like a part of me. So I guess it’s here to stay.”

Melania has lately been on a whirlwind tour of military bases, hospitals and aircraft carriers before the holidays begin. She has visited three separate ones, as well as the aircraft carrier USS George H.W. Bush.

She has had some heartwarming exchanges as she has interacted with service members and their children.

An incredible flight today on a V-22 to visit the service members aboard the USS George HW Bush. Thank you to ALL who serve! ???????? pic.twitter.com/ylRIl37qwa

Wonderful to be in Hangar 789 with many service members & their families at @JBLEnews! Our prayers remain with all those serving overseas this Christmas. God Bless you all! #USA pic.twitter.com/MkCeZlB23k

An incredible day spending time with our men and women in uniform on USS George H.W. Bush. Thank you for your sacrifice & service! #USA pic.twitter.com/WWncNQfiMj