“Back in DC for the week. I would like to say in advance I do not wish to be considered to be chief of staff, Oscar host, Tennessee football coach or any other demeaning job.” 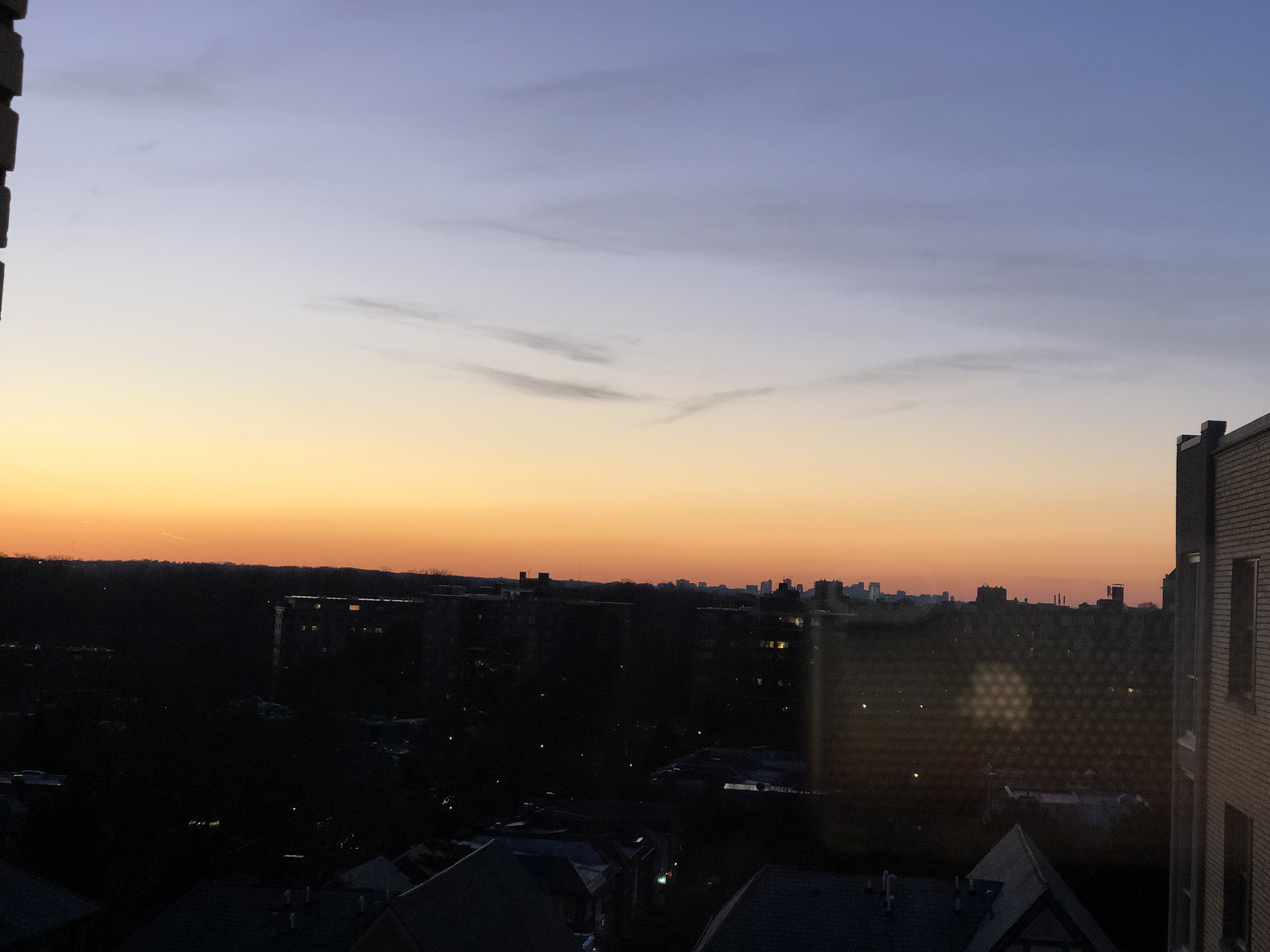 Washington, D.C. Sunset by The Mirror.

Washington has a real live Grinch

“People who know me can confirm that I‘m no fun this time of year. Not that I’m ever much fun, but I especially dislike the holiday madness. I thought I’d share that for my fellow grinches out there. To the rest of you, I offer a hearty ‘Bah humbug!'” — Walter Shaub, former director of the Office of Government and Ethics.

Reporter reminds everyone that gifts are not necessary

“Reminder: you don’t have to buy people XMAS presents. Every year I see friends kill themselves trying to buy presents for everyone they know. Please free yourself of this insanity if its not truly what you want to do or if you can’t afford it…you don’t owe anyone a present.” — Yashar Ali, HuffPost and New York Mag.

David Fahrentold, WaPo: “I don’t like getting scooped, but I really love having good competitors on the Trump Org beat. This is great reporting.” He was referring to this story by ProPublica.

“Hello from the White House where I am proud to report that ⁦‪@CNN‬⁩ brought Popeye’s to the annual basement Holiday Parry [stet].” — Brittany Shepherd, staff writer, Washingtonian.

Trump punches The Weekly Standard in the gut

“The pathetic and dishonest Weekly Standard, run by failed prognosticator Bill Kristol (who, like many others, never had a clue), is flat broke and out of business. Too bad. May it rest in peace!” — President Trump.

Kanye West: “God has given me this voice for a reason.”

Piers Morgan: “To annoy everyone.”

For the Pete Davidson obsessed… he allegedly refused to see Ariana Grande. Here.

Peter Hasson, reporter, The Daily Caller: “I generally dislike when people use social media to yell at brands but a) this didn’t happen to me b) it’s genuinely alarming how @Uber handled this.”

1/ “I ordered an Uber home for a friend on Tuesday a little after midnight. She had been drinking a bit but not as much as her driver seemed to have thought.”

2/”When they arrived at her apartment complex, she tried to get out but the doors stayed locked — he wouldn’t let her out of the car until she gave him a tip. He took all the cash from her wallet.”

3/”Uber forbids drivers from accepting cash tips — much less demanding them from passengers the driver thinks might be an easy mark. This was theft. Straight up.”

4/”She and I both reached out to Uber about it. They closed her complaint almost immediately because it wasn’t her account that ordered the ride.”

5/”I reached out to [Uber] the day after it happened and demanded answers. They thanked me for my concern and told me they would look into it. This evening they assured me they would investigate — but then insisted that the results of their investigation remain secret.”

“In short: that’s bullshit. As far as anybody knows, this driver — who again *stole money from a rider he thought was vulnerable* — is still driving around and intimidating young women into giving him money. And sorry but taking Uber’s corporate PR assurances won’t cut it.”

7/”Uber has given no reason to believe they take the safety of their riders seriously. Again: this is nothing short of alarming, @Uber.”

UBER: “We’re so sorry about that, Peter. Please send us your email address with details, so we can follow up.”

Peter Hasson: “The email on the account is peterjhasson@gmail.com, which is the same email Uber said wouldn’t receive any updates on the status of a driver who robbed my friend.”

UBER: “Thank you for providing your info, Peter! We’re currently reviewing your email and will be in touch shortly. We appreciate your patience!”

Uber’s final response in this, which should scare everyone: “Addendum: Just received a call from Uber saying they’re reviewing the driver’s account but reiterating that they won’t share the results. She said that if they don’t pull him, they’ll make sure that he’s not matched with my account, which isn’t the point.”

“We need to be kinder to each other… Like I said on the show – it is okay if your holiday is not easy and happy. Sending love and light to Pete Davidson.” — Meghan McCain, co-host, ABC’s “The View.”

McCain was prompted… to write a note to Davidson, who posted a suicidal note on Instagram over the weekend: “I really don’t want to be on this earth anymore. I’m doing my best to stay here for you but I actually don’t know how much longer I can last. All I’ve ever tried to do was help people. Just remember I told you so.”