Biological male Angela Ponce competed in the 2018 Miss Universe pageant, held Sunday night in Bangkok. Ponce is the first transgender contestant to participate in pageant history. He was crowned Miss Spain in January.

The first Miss Universe contest was held June 28, 1952, according to Bustle.

President Donald Trump owned the Miss Universe pageant until 2015. The organization made a rule change in 2012 to include transgender persons. Another beauty pageant to include a transgender competitor was Miss USA 2013 in California.

Ponce was heavily favored to win the Miss Universe competition, but did not make the final round of 20.

“Angela Ponce is everything you’d expect from the reigning Miss Universe,” co-host Ashley Graham said, according to E! News. “She’s smart. Driven. Beautiful. But her path has been anything but ordinary. And nothing short of extraordinary.”

The contest also featured its first all-female judging panel, according to NBC News. The pageant has historically been judged by a panel including equal numbers of male and female judges. (RELATED: Transgender Beauty Queen Loses Title After Being Deemed ‘Not Transgender Enough’)

Ponce alleges he has faced discrimination and been rejected from jobs because of his transgender status, and points to his family as a great source of support. “I always had the support of my family, and they’re my foundation so that my life could unfold,” Ponce told NBC. “They saw to it that I did not have a traumatic childhood. They are my strength.” 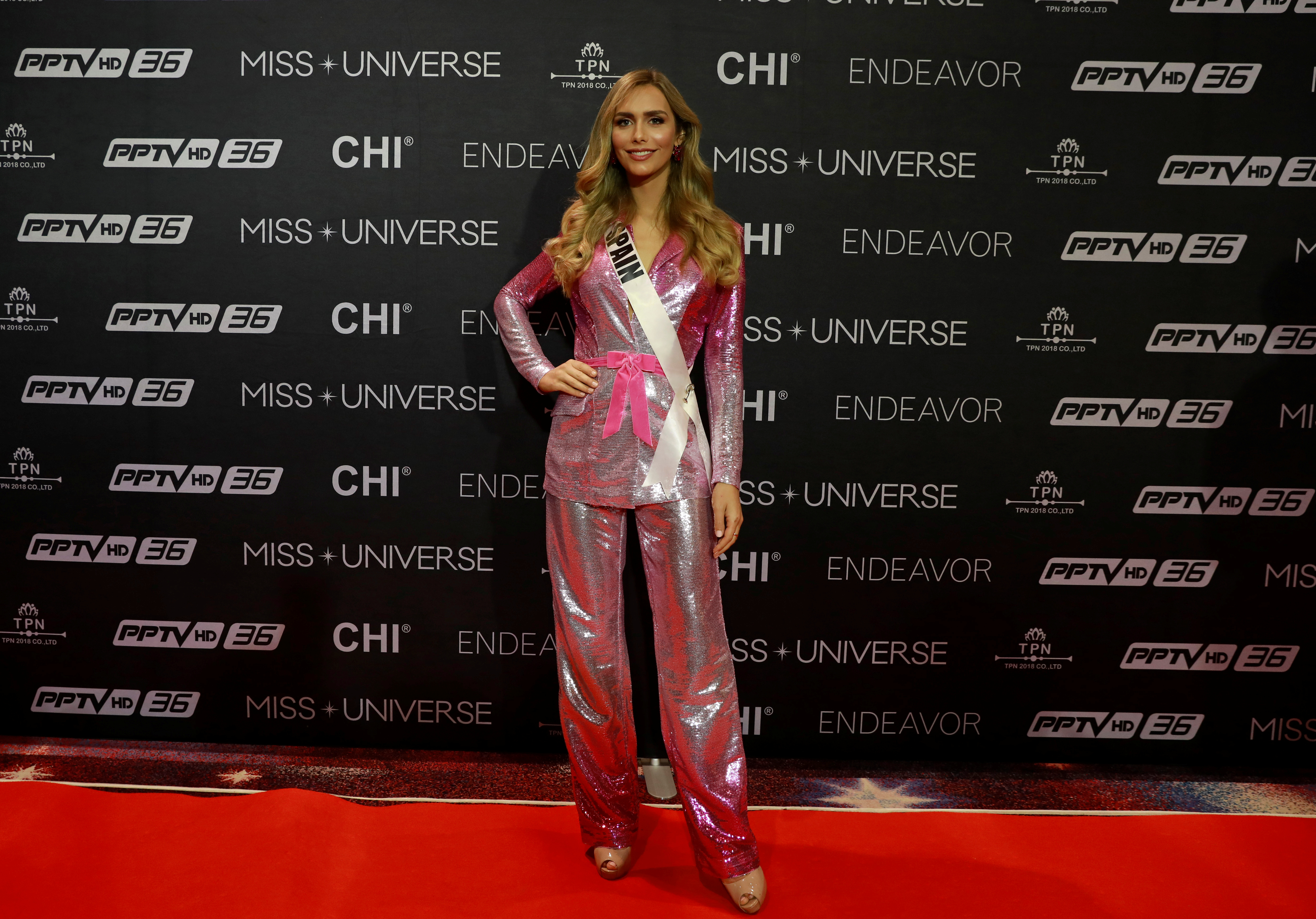 Miss Spain Angela Ponce poses on the red carpet during a media event of the 2018 Miss Universe pageant in Bangkok, Thailand, on Dec. 14, 2018. REUTERS/Soe Zeya Tun

“If my going through all this contributes to the world moving a little step forward, then that’s a personal crown that will always accompany me,” Ponce said in a statement, NBC reported.