Shortly after McConnell announced his idea for funding on the Senate floor, Meadows said pushing the funding on a continuing resolution would be a Christmas present for Democrats, as well as a Valentine’s Day gift. He also said the border wall would not be built.

Punting to Feb. 8 on a CR not only gives Democrats a Christmas present, it offers them a Valentine’s Day gift. Democrats will win, the wall will not be built, and Congress will once again have punted when we should’ve been taking a stand. The time to fight is now. Zero excuse.

“The bottom line is simple: it’s deeply irresponsible for this Congress to keep sending the president status quo funding bills, without any of his promises included, and essentially say ‘sign this, or shut down the government.’ The president doesn’t pass bills — that’s our job, and for Congress to surrender and accept defeat before the hard work even starts is wrong. The time to fight is now,” Meadows told The Daily Caller News Foundation.

Meadows comments come as McConnell announced Wednesday he would be introducing a short-term funding bill that would fund the government until Feb. 8, as funding is set to expire Friday. 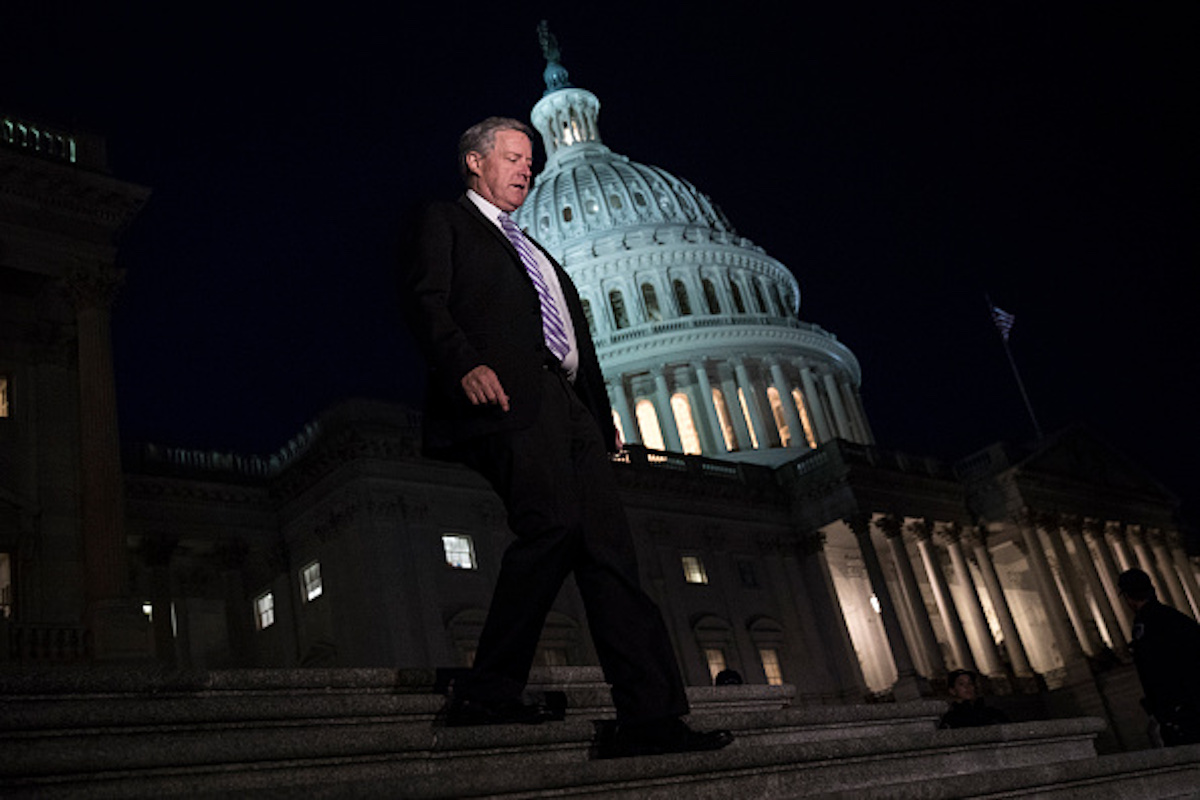 Funding for the government was set to expire Dec 7. However, the House of Representatives passed a two-week resolution to avoid a government shutdown by unanimous consent in a voice vote, meaning members did not have to be present for the vote. Senate, which is in session, then approved the bill, funding the government until Dec. 21. (RELATED: McConnell To Introduce Short-Term Funding Bill To Avoid Government Shutdown)

If approved, McConnell’s bill will fund the government until Feb. 8 and give both sides more time to work out their differences on the border wall. However, Democrats will maintain control of the House beginning Jan. 3.