Attorney General nominee William Barr sent a memo to the Department of Justice criticizing special counsel Robert Mueller’s investigation, particularly those aspects of the probe relating to obstruction of justice in June.

The unsolicited document, whose existence was first reported by The Wall Street Journal, argues President Donald Trump’s dismissal of former FBI Director James Comey does not rise to obstruction of justice, since the president was carrying out his constitutional responsibilities.

“As I understand it, [Mueller’s] theory is premised on a novel and legally insupportable reading of the law,” Barr wrote. “Moreover, in my view, if credited by the Justice Department, it would have grave consequences far beyond the immediate confines of this case and would do lasting damage to the presidency and to the administration of law within the executive branch.”

Barr conceded a sitting president could obstruct justice by destroying evidence or tampering with witnesses, according to the Journal. Still, he insisted that the president cannot commit obstruction of justice when exercising his lawful powers.

Elsewhere in the memo, he warned that moving against Trump based on an inventive theory of criminal liability would inflame much of the country and compromise faith in the democratic process.

“It is time to travel well-worn paths; not to veer into novel, unsettled or contested areas of the law; and not to indulge the fancies by overly-zealous prosecutors,” Barr said.

The Journal reports that Barr told Trump about the memo when he was interviewed for the AG appointment, but that it did not bear on the president’s deliberations. (RELATED: Judicial Misconduct Council Dismisses Complaints Against Kavanaugh)

The memo was sent to Deputy Attorney General Rod Rosenstein and Assistant Attorney General Steven Engel, who leads the Office of Legal Counsel, which gives legal advice to the president and other senior executive branch officials. 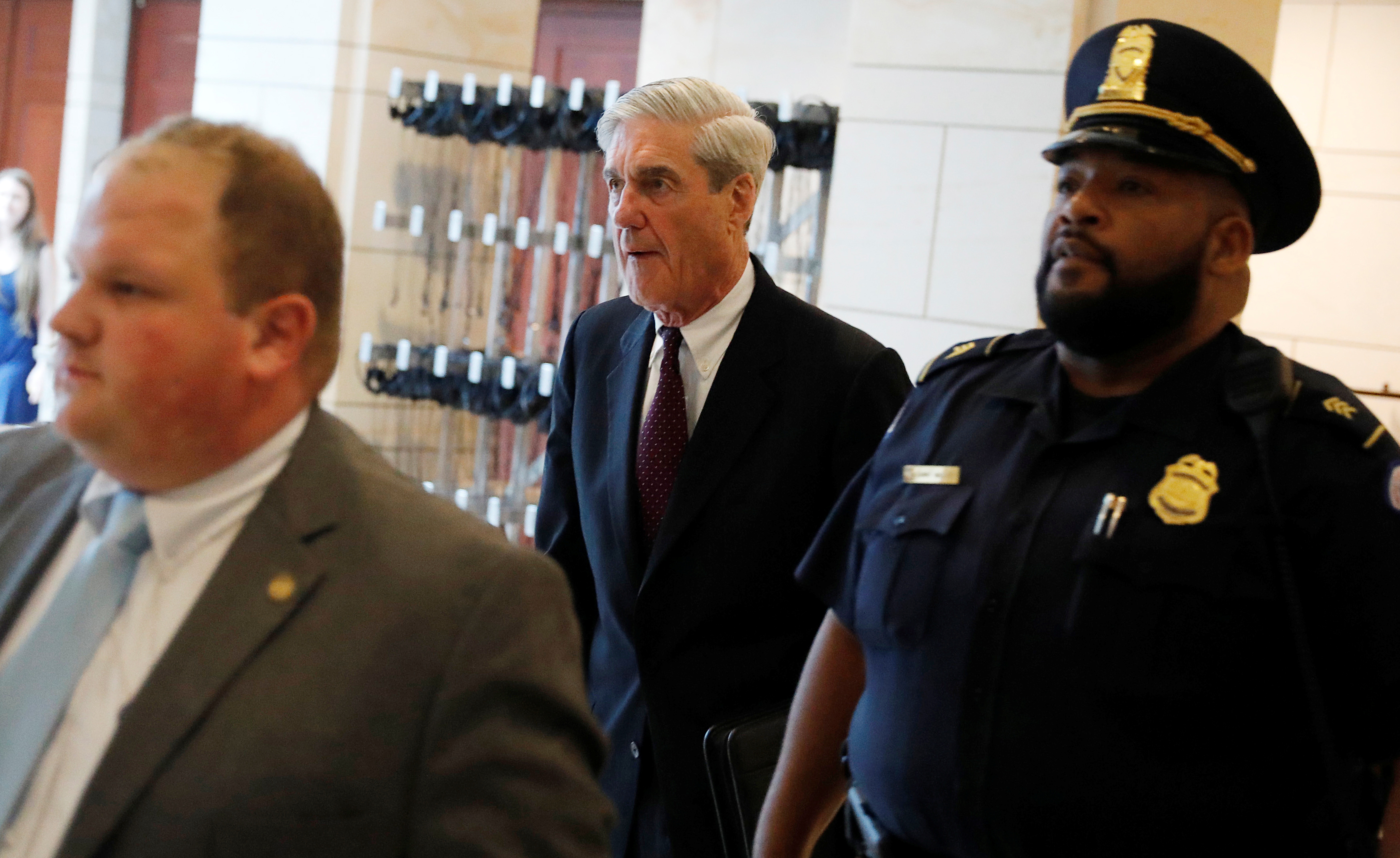 Special Counsel Robert Mueller departs after briefing the U.S. House Intelligence Committee on his investigation of potential collusion between Russia and the Trump campaign on Capitol Hill. REUTERS/Aaron P. Bernstein

The views Barr expressed in the memo track the positions he took during his last stint in the Justice Department, where he was known as a strong defender of executive branch prerogatives. During that period, he wrote memos justifying Operation Just Cause and criticizing congressional incursions onto presidential authority.

Barr was also a staunch critic of Lawrence Walsh, the special prosecutor investigating the Iran-Contra affair from 1986 to 1993. During an appearance at the University of Virginia in 2001 he referred to Walsh as a “headhunter,” and counseled former President George H.W. Bush to pardon several individuals implicated in the investigation.

Walsh wrote a memoir of that period called “Firewall: The Iran-Contra Conspiracy and Cover-Up.”

Barr’s confirmation hearing before the Senate Judiciary Committee is expected in early January. The memo will likely feature prominently in those proceedings. He previously served as attorney general during the George H.W. Bush administration.