Democratic Rep. Luis Gutierrez implied Thursday that the Trump administration’s desire to build a border wall would likely have led to the death of baby Jesus, had the policy been implemented in the first century.

The Chicago congressman berated Department of Homeland Security Secretary Kirstjen Nielsen for a full six minutes at a House Judiciary Committee hearing without ever getting to a question. Along the way, he mocked Nielsen’s job performance and joked that she could never be sure of staying employed under a president like Donald Trump.

He ended his diatribe by declaring Nielsen and virtually everyone in the Trump administration as liars. (RELATED: Rep. Gutierrez Brings Up Everything But The FBI’s Bias During Strzok Hearing)

Gutierrez found it “repugnant and astonishing” that Nielsen would be discussing migrant family separation during the Christmas season because, he reminded the committee, King Herod had tried to kill the baby Jesus. According to the Gospel of Matthew, Joseph fled with Mary and Jesus to Egypt to escape Herod’s edict that all newborn males around Bethlehem be slaughtered.

“Thank God there wasn’t a wall that stopped [Jesus, Mary and Joseph] from seeking refuge in Egypt. Thank God that wall wasn’t there,” he stormed.

“And, thank God [the Trump] administration [wasn’t there] or He too would have perished on the 28th — on the Day of Innocence when Herod ordered the murder[s].”

Gutierrez did not note that at the time of Christ, both Palestine and Egypt were parts of the Roman Empire under Caesar Augustus, and that a wall between the two provinces would have made little sense.

Gutierrez acknowledged that he had never been to “Bible school” but that he had heard the story of Jesus’ birth.

In his comments on the story Fox News’ Tucker Carlson joked, “It’s right there in the Scriptures: the Book Of Obama, chapter six.” 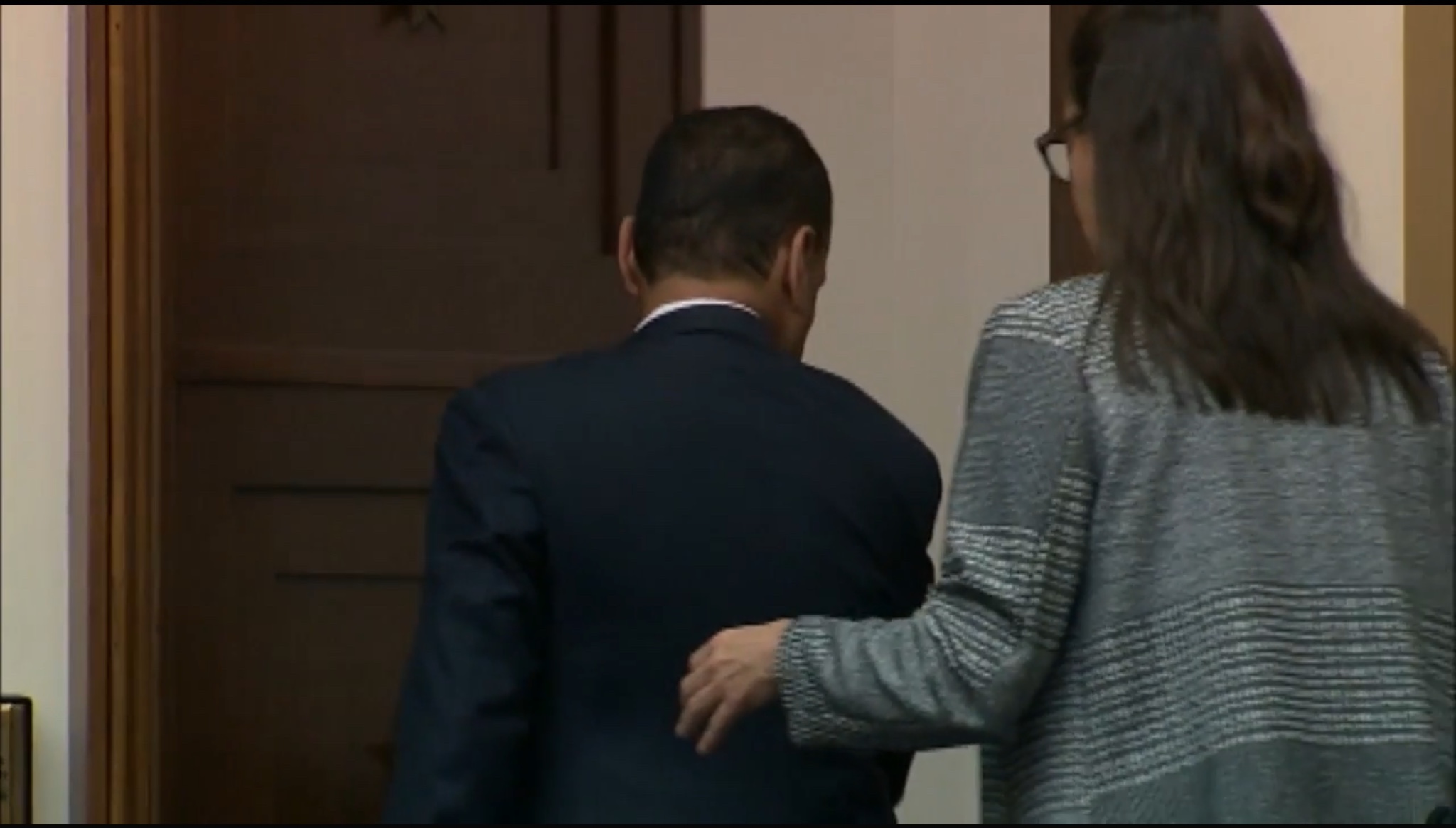 While Nielsen attempted to respond to his accusations, Gutierrez can be seen ignoring her, making faces, texting and finally rising from his chair and exiting the back door of the House chamber.

Nielsen called Gutierrez’s accusations of her being a liar “fighting words” and tried to explain that separation of children from their families was only done for reasons of safety. (RELATED: ‘Fascist Pig!’ —Chanting Socialists Chase DHS Secretary Out Of Mexican Restaurant)

Trump urged Senate Majority Leader Mitch McConnell Friday to “go nuclear” on the new spending bill that includes funding for the wall. The phrase refers to just requiring a simple majority in the Senate to pass a bill rather than 60 members.