A typo in a 1955 Sears and Roebuck ad led to hundreds of kids calling a secret military hotline in an effort to reach Santa Claus. Luckily, the Colonel who answered the phone had a sense of humor.

The ad, which appeared in a Colorado Springs paper, promised children the chance to speak directly to Santa. But the number instead reached a very important — very secret — red phone on the desk of Col. Harry Shoup at the Continental Air Defense Command, now known as NORAD.

Shoup’s daughter, Terri Van Keuren, explained to NPR in 2014 just how secure that particular phone was. “Only a four-star general at the Pentagon and my dad had the number,” she said.

So when the phone rang, Shoup answered it and prepared to hear the worst. What he heard was a small child, asking if he was Santa Claus. (RELATED: This Is Why The MIlitary Started Tracking Santa’s Deliveries)

Shoup initially thought the call was a prank —  but when the child began to cry, he switched gears and simply played Santa. The child’s mother then came on the line, explaining that the number had been printed in the newspaper.

Then, as hundreds of calls flooded the emergency line, Shoup did what any overwhelmed commander would do: he assigned a few lower-ranking airmen to the phones and had them play Santa Claus.

But it didn’t end there. Shoup came into the command center on Christmas Eve to find Santa and his sleigh on the glass board used for tracking planes over North America. Instead of asking his men to take it down, he made a phone call of his own — to a local radio station.

Van Keuren explained, “Next thing you know, Dad had called the radio station and had said, ‘This is the commander at the Combat Alert Center, and we have an unidentified flying object. Why, it looks like a sleigh.’ Well, the radio stations would call him like every hour and say, ‘Where’s Santa now?'”

Today, all one has to do to follow Santa’s path around the world is follow @NORADSanta on Twitter — and General Motors vehicle owners doing their last-minute shopping can even ask OnStar where Santa is.

GM vehicle owners: did you know you can track Santa’s travels live as you are out and about bringing holiday cheer to all? Just ask #OnStar where Santa is tomorrow, they’re working with @NORADTracksSanta to provide real-time updates throughout the day! 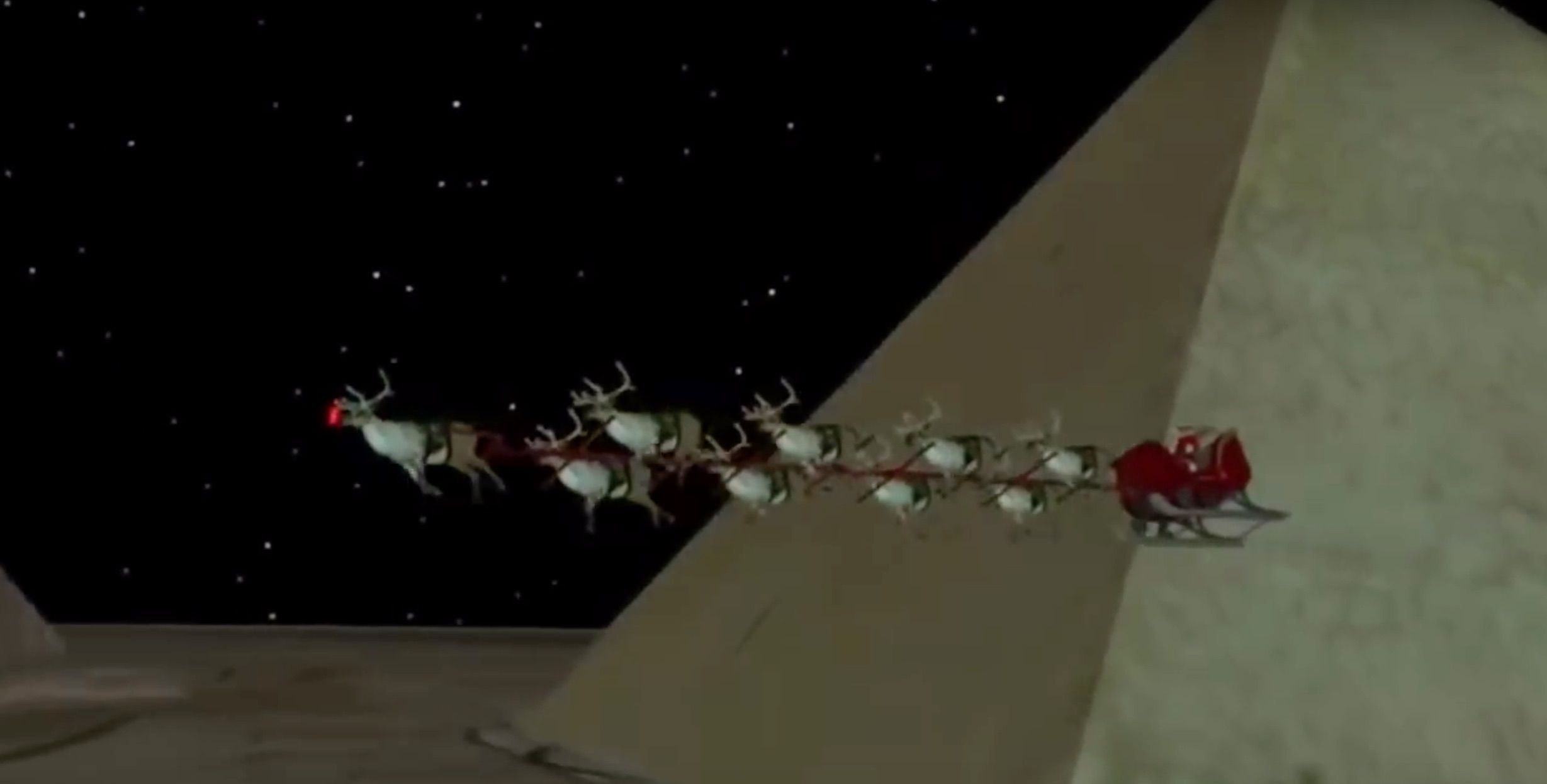 In the event of a government shutdown, NORAD will continue with its 63-year tradition of NORAD Tracks Santa on Dec. 24. Military personnel who conduct NORAD Tracks Santa are supported by approximately 1,500 volunteers who make the program possible each and every year. pic.twitter.com/fY0oyjrdDc

Col. Shoup passed away in 2009, but Van Keuren said that even into his 90s, he carried a briefcase filled with letters from children and parents who had learned how the Santa Tracker was born and thanked him “for having, you know, this sense of humor.”

Shoup’s son Rick noted that, despite the fact that his serious job in the military was quite important, his heart was in the Santa Tracker.

“It’s probably the thing he was proudest of,” he said.