Schumer, who has strongly opposed funding President Donald Trump’s border wall, said this on the Senate floor Saturday afternoon as the federal government is officially in a partial shutdown after Senate Republicans failed to receive enough votes to pass a short-term spending bill Friday that included funding for a border wall.

Senate Minority Leader @SenSchumer: “President Trump, if you want to open the government, you must abandon the wall, plain and simple.” https://t.co/p5wVtGFMGv pic.twitter.com/bxwHn9E5B6

The New York senator also said Democrats are “open to discussing any proposal as long as they do not include anything for the wall,” showing Democrats are not willing to compromise on border wall funding. 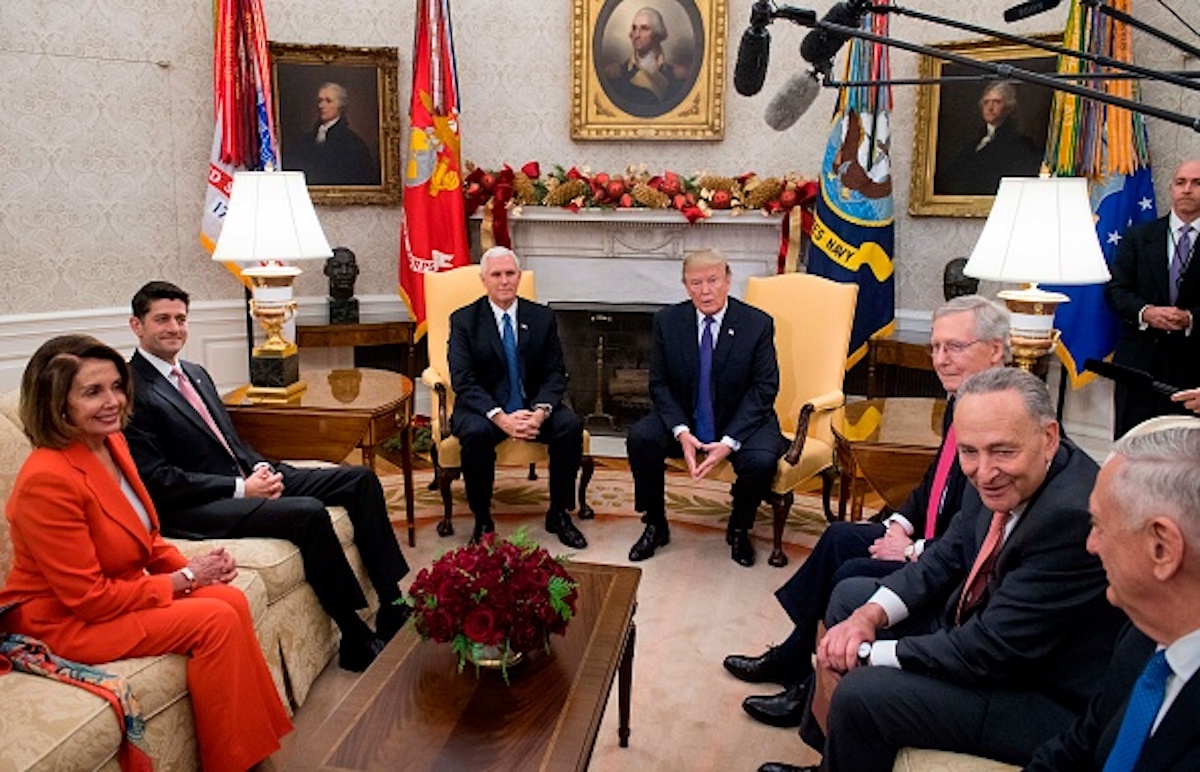 Before the partial shutdown, Schumer said there was no way the wall was being funded on numerous occasions.

“I want to be crystal clear — there will be no additional appropriations to pay for the border wall,” Schumer said on the Senate floor on Dec. 13. “It’s done.” (RELATED: Chuck Schumer Makes It ‘Crystal Clear’ He Wants No Additional Funding For Border Wall)

The two parties will now have to figure out an agreement, and the senators must be present for a vote on the Senate floor to send a bill to the president to sign and end the partial government shutdown.