Democratic leaders walked away from the negotiating table Thursday in the midst of a government shutdown over funding for border security, a senior White House official tells The Daily Caller.

The government partially shut down shortly before Christmas after President Donald Trump refused to sign an appropriations bill that did not contain his requested $5 billion for border wall funding. Since then, Republicans and Democrats — who will take control of the House in the New Year – have been looking to strike a deal to reopen the government.

On Thursday afternoon, however, White House press secretary Sarah Sanders accused Democrats of blowing off a potential deal earlier this week. (RELATED: Is Trump Blowing His Last Chance To Get The Wall?)

“The Administration understands this crisis and made a reasonable, common-sense solution to Democrats five days ago – we’ve not received a single response,” Sanders said in a statement. “The President and his team stayed in Washington over Christmas hoping to negotiate a deal that would stop the dangerous crisis on the border, protect American communities, and re-open the government.”

Just hours after Sanders released that statement, a White House official told The Daily Caller that Democratic Party leadership had informed the White House that they are not interested in striking a deal at this time.

“Democrats are more concerned with keeping a Nancy Pelosi speakership” than with reopening the government, the White House official said. 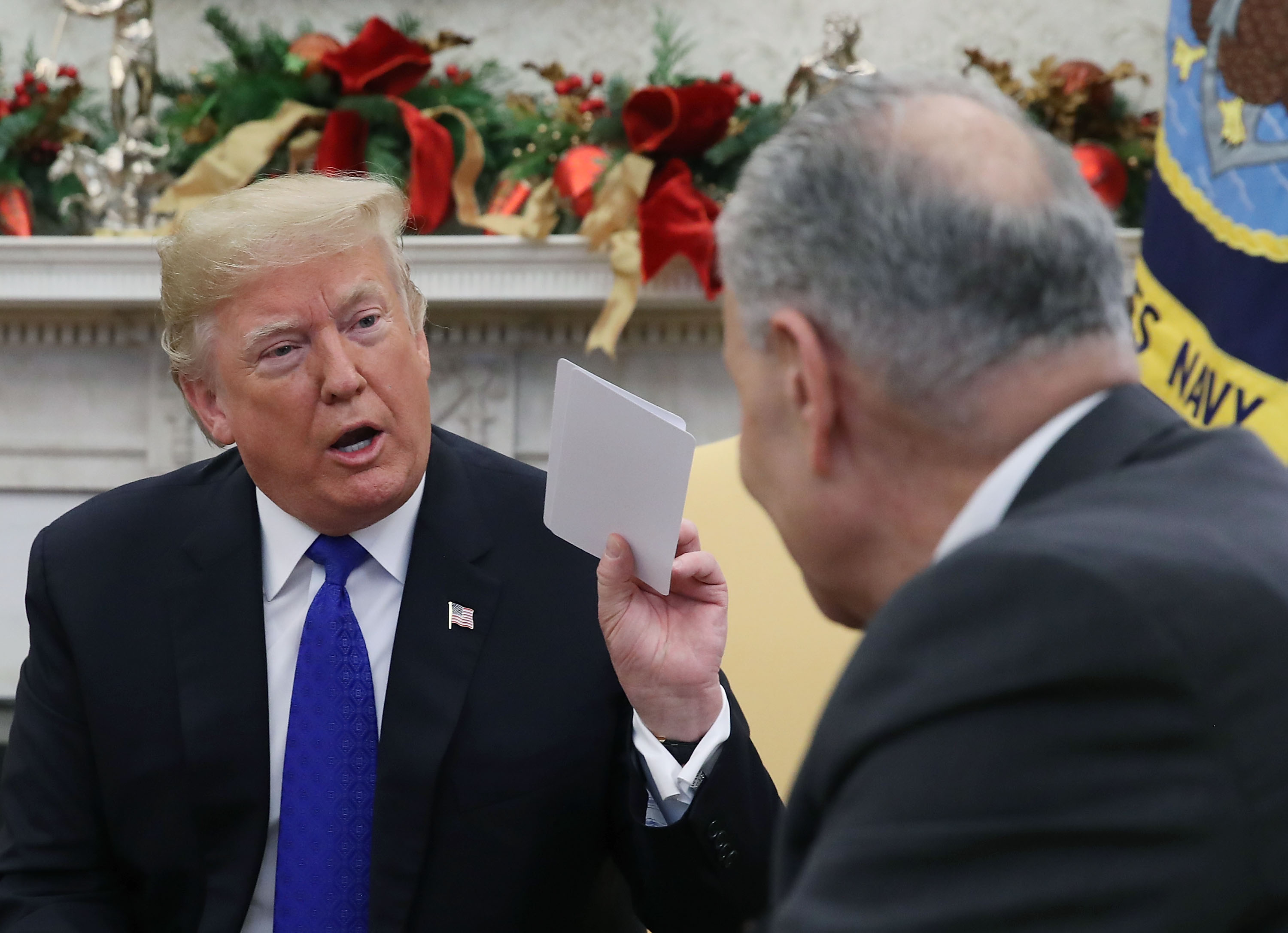 The new development all but confirms that the government will remain shut down through the New Year — until Democrats take over the House and current House Minority Leader Nancy Pelosi gets confirmed as Speaker. House Republicans confirmed on Thursday that there are no votes scheduled for the remainder of the week.

Pelosi promised that when she assumes the speakership, she will put forth appropriations legislation that does not include any of the president’s demands.

Pelosi and Senate Minority Leader Chuck Schumer have repeatedly sworn not they would not budge on funding for Trump’s border wall.