Federal employees will not necessarily feel the effects for weeks after the partial government shutdown went into effect Saturday, according to the Office of Management and Budget (OMB).

Federal workers are still set to receive their holiday paychecks for the Dec. 9 to 22 biweekly pay period on time, no matter what happens in Congress. Holiday paychecks are expected to be issued between Dec. 28 and Jan. 3, according to OMB guidance. The new Congress will convene Jan. 3.

The first federal payday that will cover workdays affected by the shutdown will not be until Jan. 11, reported Politico. Many departments have funding despite the shutdown and reopened Wednesday like normal, but nine departments are without government funding.

The departments of Agriculture, Commerce, Homeland Security, Housing and Urban Development, Interior, Justice, State, Transportation and Treasury are currently caught in the crosshairs of the shutdown, as are agencies like NASA and the Food and Drug Administration. (RELATED: Union Accuses Trump Of Taking The Highest-Paid Federal Employees ‘Hostage’ Over Shutdown)

Many federal employees deemed non-essential are furloughed or expected to work during the shutdown but have received pay anyway after shutdowns in recent years, according to an OMB blog post.

Meanwhile, both the Senate and the House are scheduled to be in session Thursday afternoon, although they are not expected to strike any deals with the White House that will end the partial government shutdown, reported Politico. 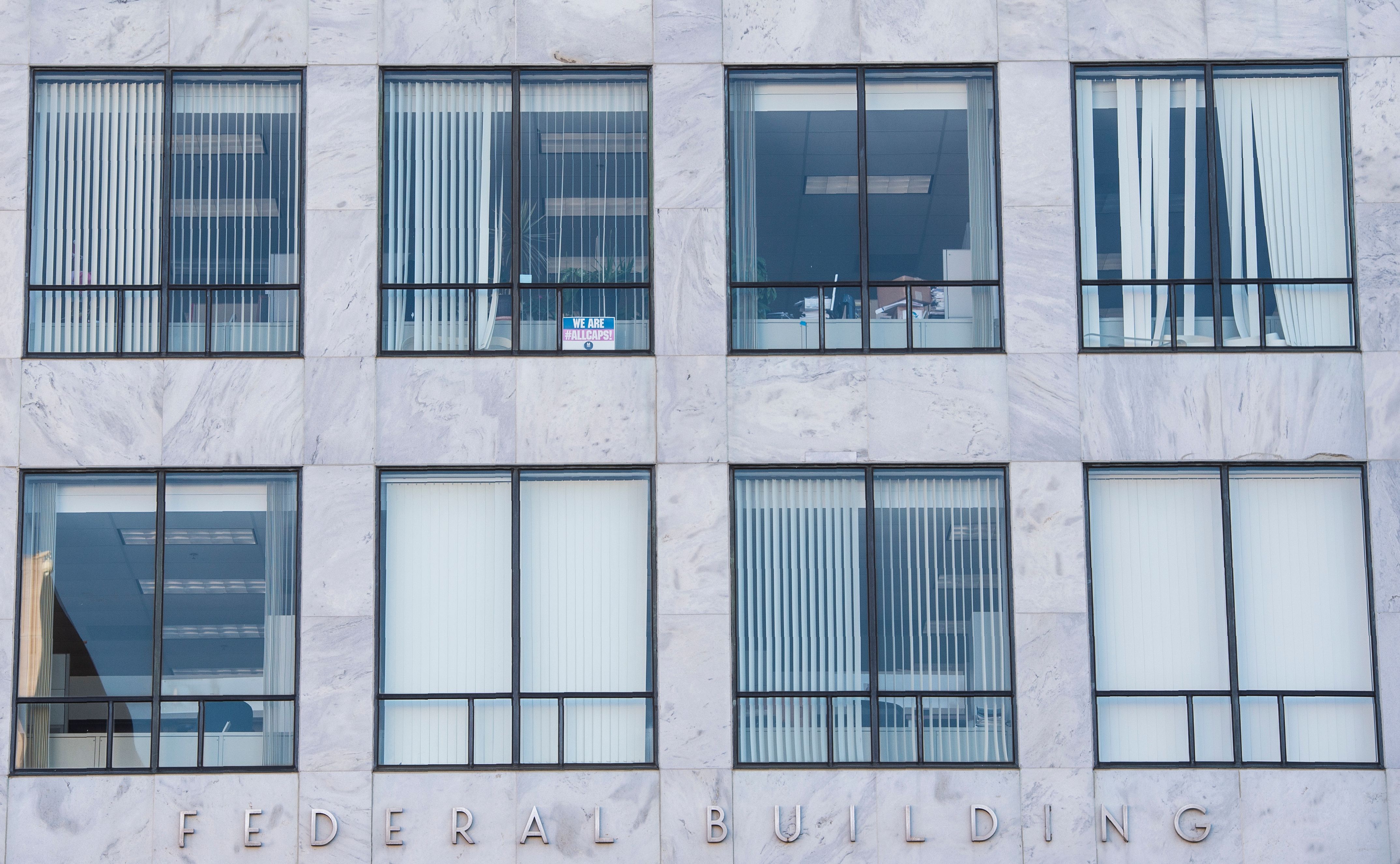 Empty offices are seen in a Federal Building during a government shutdown in Washington, D.C., Dec. 27, 2018. (ANDREW CABALLERO-REYNOLDS/AFP/Getty Images)

Congress helped trigger a partial government shutdown after a short-term continuing resolution to fund the government expired on Dec. 21. At the center of the funding battle is the border wall that President Donald Trump wants to build.

The federal government employs more than 2 million people full time excluding U.S. Postal Service employees, according to Governing.com. Roughly 80 percent of them work outside the Washington, D.C., region. More than 420,000 essential federal employees would be expected to work without pay, according to a press release from Vice Chairman Patrick Leahy’s Senate Appropriations Committee staff. (RELATED: Federal Workers Will Get Holiday Paychecks Even If Government Shuts Down)

Trump has faced criticism from Democrats and union leaders over the shutdown.

A union that represents high-paid federal employees, including NASA rocket scientists and federal immigration judges, accused Trump of “gambling with the lives of federal workers” over the partial government shutdown.

“As the nation’s top administrator [Trump] should be deeply concerned about the morale of his employees, the productivity of government agencies, and the ability of the government to attract and retain the best and the brightest,” Paul Shearon, president of the International Federation of Professional and Technical Engineers (IFPTE), said in a statement Wednesday.

The ball is now in the Democrats’ court though, according to Trump.