A union that represents high-paid federal employees, including NASA rocket scientists and federal immigration judges, accused President Donald Trump of “gambling with the lives of federal workers” over the partial government shutdown Wednesday.

“As the nation’s top administrator [Trump] should be deeply concerned about the morale of his employees, the productivity of government agencies, and the ability of the government to attract and retain the best and the brightest,” Paul Shearon, president of the International Federation of Professional and Technical Engineers (IFPTE), said in the statement.

Immigration judges employed by the Department of Justice made between $114,490 and $174,500 a year as of January, according to the DOJ. NASA lead engineers can make $126,000 a year, while the average NASA employee salary is $62,500 a year, according to CareerBliss. That calculation includes jobs like student researchers, who make $21,000 a year, and the average NASA salary is 2 percent above the national salary average, CareerBliss states. (RELATED: Federal Workers Will Get Holiday Paychecks Even If Government Shuts Down)

“Ninety-five percent of the workers at NASA, for example, are locked out of their offices and laboratories, and all of them may not receive a paycheck,” Shearon said in the Wednesday statement.

Congress helped trigger a partial government shutdown after a short-term continuing resolution to fund the government expired Saturday at midnight. At the center of the funding battle is the border wall Trump wants to build. 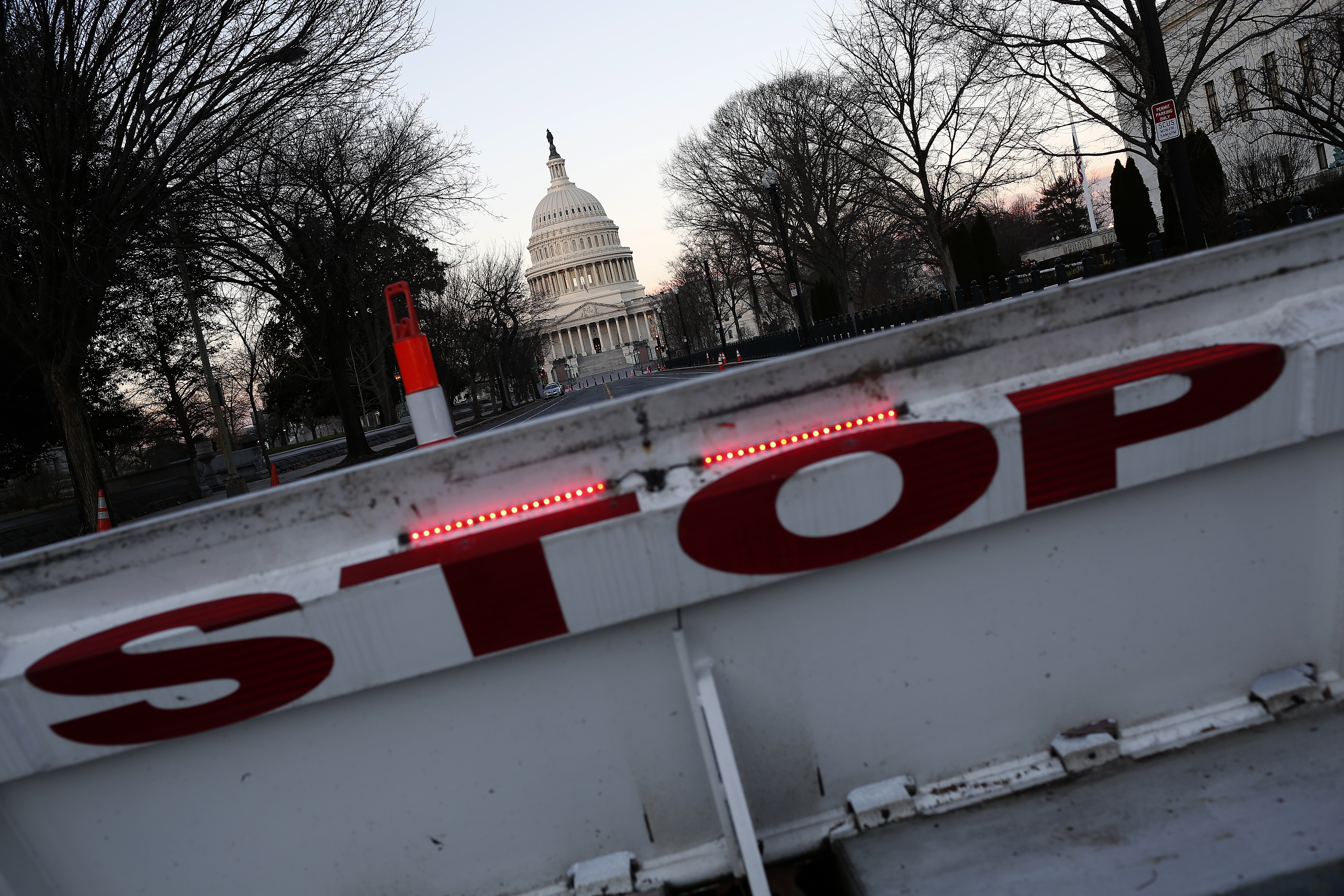 The U.S. Capitol is shown during a partial shutdown of the federal government on December 24, 2018 in Washington, DC. (Photo by Win McNamee/Getty Images)

“The president falsely claims that ‘many’ federal workers support the shutdown and have told him to ‘stay out.’ We have not heard from a single member who supports the president’s inaction. Most view this as an act of ineptitude,” Shearon’s statement continued. “If the president wants to gamble, perhaps he should go back to running casinos.”

The federal government employs more than 2 million people full-time excluding U.S. Postal Service employees, according to Governing.com. Roughly 80 percent of them work outside the Washington, D.C., region. More than 420,000 essential federal employees would be expected to work without pay, according to a press release from Vice Chairman Patrick Leahy’s Senate Appropriations Committee staff.

Federal employees will receive holiday paychecks for the Dec. 9 to 22 biweekly pay period on time, no matter what happens in Congress, according to the Office of Management and Budget. The checks will likely be issued between Dec. 28 and Jan. 3.