The New York Times editorial board is warning President Donald Trump’s rolling back of the Obama administration’s climate agenda “imperils the planet.”

However, The Daily Caller News Foundation asked The Times if it would ever back a powerful gesture — a ban on private jets.

Its editorial board, which represents the views of publisher Arthur Sulzberger Jr., opined on the signing of the Paris climate accord in 2015 before calling 2018 “one of the most discouraging years in recent memory for anyone who cares about the health of the planet.”

It was “a year marked by President Trump’s destructive, retrograde policies, by backsliding among big nations, by fresh data showing that carbon dioxide emissions are still going up, by ever more ominous signs,” the editorial board wrote Wednesday.

If global warming is truly the urgent, existential crisis The Times’ editorial board makes it out to be, it should be willing to condemn the use of private jets, right? No one really needs a private jet, and flying commercial usually comes with a much lower carbon footprint. 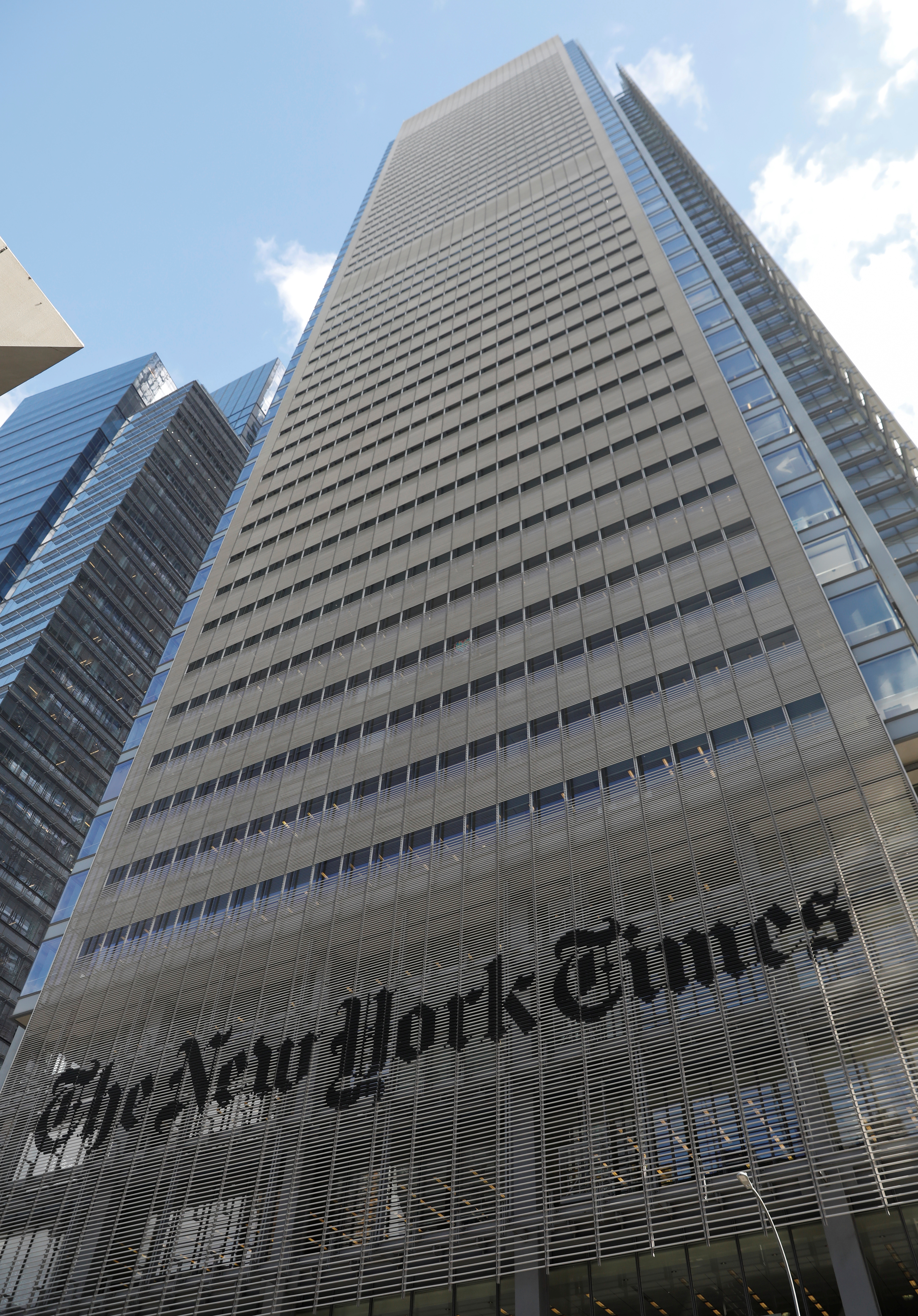 The Times’ editorial board and press representatives did not respond to TheDCNF’s inquiry. Interestingly enough, The Times offered 50 wealthy readers the chance to join its writers on a luxury private jet tour around the world earlier in 2018.

Travelers joining the $135,000-per-person world tour got to ride in style on an “exclusively chartered Boeing 757 with first-class, fully lie-flat seat.” The world tour was set to begin at Times headquarters in New York City on Feb. 8 and last through March 5.

The tour was expected to net The Times upwards of $6.7 million, which is part of Sulzberger Jr.’s plan to “monetize” the paper’s name in an era where news agencies are struggling. In fact, Sulzberger gave guests a behind-scenes-tour of The Times’ headquarters before their 26-day tour, according to a brochure.

“Private jet travel allows for a more authentic and intimate journey than you have ever experienced,” reads The Times’ brochure for its global junket.

“Our privately chartered jet accommodates just 50 guests, which, combined with The Times’s familiarity with newsmakers and events, allows us to pack your itinerary with exclusive, invitation-only experiences, including a private dinner in Bogotá’s Salt Cathedral, a special Australian culinary experience and an exclusive reception with a former personal assistant to the Nobel Peace Prize winner Daw Aung San Suu Kyi,” reads the brochure.

Obviously, banning private jet travel wouldn’t solve global warming if what the United Nations projects is accurate, but lamenting rising emissions while also sponsoring the conspicuous consumption of thousands of gallons of jet fuel seems more than a little hypocritical.

A Boeing 757 normally seats up to 295 passengers and can burn over 720 gallons of fuel per hour. The Times’ junket will fly guests more than 29,000 miles, emitting the very same carbon dioxide Times’ writers often sound the alarm about.

Among the writers accompanying the luxury tour was columnist Nicholas Kristof, who spoke to guests about global warming on the remote Easter Island.

Kristof’s column said because of global warming, “[w]e fear for the ocean food chain and worry about feedback loops that will irreversibly accelerate this process, yet still, we act like Easter Islanders hacking down their trees.”

TheDCNF previously asked 31 businesses, foundations and individuals that back the Paris climate accord if they’d be willing to back a ban on private jets. Virtually all of them ignored the question, including representatives for former Vice President Al Gore. (RELATED: TheDCNF Asked Paris Climate Accord Backers If They’d Support Banning Private Jets. Most Didn’t Respond) 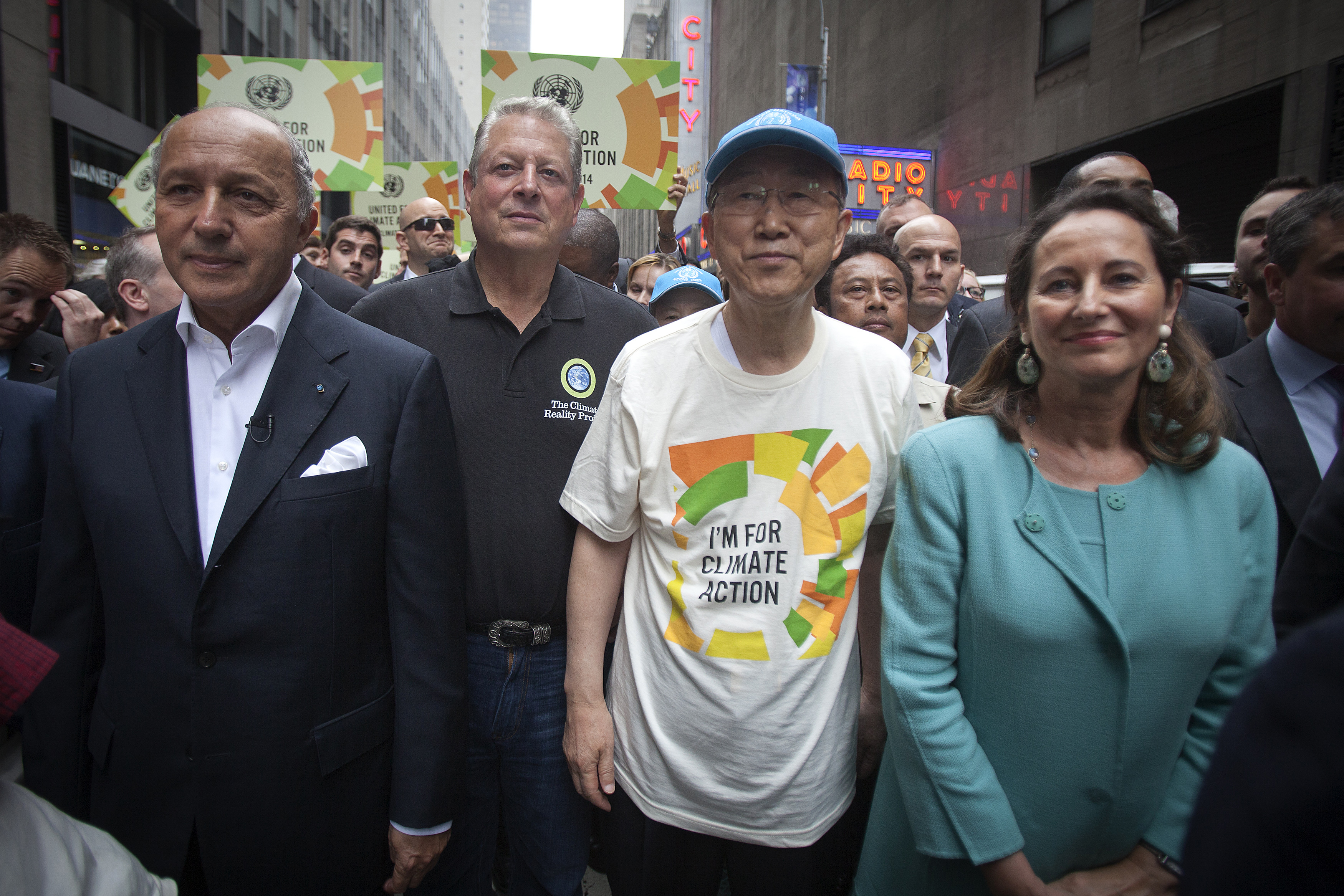 To keep projected global warming below 2 degrees Celsius, the main goal of the Paris accord, the U.N. says emissions need to dramatically come down. The world is currently on track for 3 degrees Celsius of warming, according to the U.N.

Vermont Sen. Bernie Sanders, who made fighting global warming a central part of his campaign, also came under fire for spending nearly $300,000 on private jet travel in one month.