Oakland Mayor Libby Schaaf says she has “no regrets” for compromising an Immigration and Customs Enforcement (ICE) raid by warning illegals ahead of time.

After tipping off illegal immigrants before ICE’s planned intervention, Schaaf told Buzzfeed News this week that she remains convinced she was right and that the federal government should shut down ICE.

“I have no regrets. None. The more time goes by, the more certain I feel that I did the right thing in standing up for our community and pointing out our values are not aligned with our laws,” the Democratic mayor of a sanctuary city said Wednesday, according to BuzzFeed News. “That’s hopefully the message that is sent out.” (RELATED: Democrats Have Abolish ICE Bill In Hand) 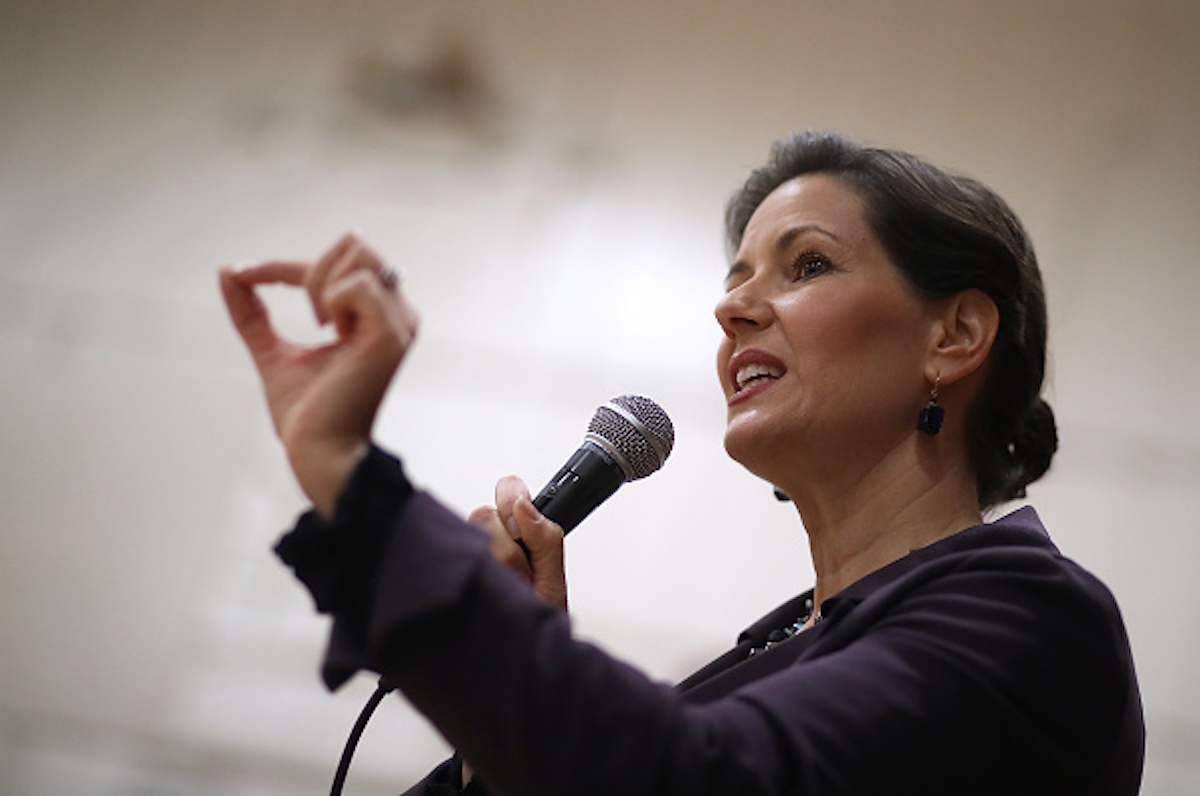 Oakland mayor Libby Schaaf speaks to students at Edna Brewer Middle School about the U.S. Constitution on Jan. 19, 2018 in Oakland, Cal. after she said she would be willing to go to jail to defend Oakland’s sanctuary city policy. (Photo by Justin Sullivan/Getty Images)

Though some Democrats like New York Sen. Kirsten Gillibrand have retreated from their demands that ICE should be abolished, Schaaf is not one of them. She remains adamant that the federal agency is out of step with American values. (RELATED: NYC Council Passes Abolish ICE Resolution)

“This agency has gone astray and has so broken the trust, particularly in cities like mine, I believe we would all be better served to start from scratch,” she said.

Schaaf became the focus of the immigration debate in America last February when she used her Twitter account to warn illegals that ICE agents were “preparing to conduct an operation in the Bay Area, including Oakland.”

Although ICE did comb the Bay Area for illegals and picked up 150 illegal immigrants, nearly 900 are still “at large in the community” after the raid, according to Fox News.

Schaaf told Buzzfeed that she informed on ICE because people are in a “panic” over immigration laws. “People live in a state of panic — we have neighbors, co-workers, people we sit next to in the church pews that live in this constant state of fear and yet it is invisible to us because it is a status they don’t wear.”