A federal appeals court ruled Friday that an Obama-era labor law that made businesses responsible for labor violations committed by contractors was too broad, Reuters reports.

The National Labor Relations Board (NLRB) ruled in 2015 that companies and franchisers with “indirect and direct control” of employees could be held liable for labor violations committed by contractors or franchisees. The D.C. Circuit Court of Appeals ruled 2-1 that the board did not sufficiently define “indirect” control and sent the 2015 decision back to the board for a more restricted explanation.

The 2015 NLRB ruling overturned more than two decades of precedent while placing businesses at increased risk of violating labor laws. The ruling also empowered unions to negotiate directly with a franchise’s corporate headquarters if franchise employees sought to unionize.

Franchisers, companies and pro-business groups have sought to have the ruling overturned. An attempt by President Donald Trump’s NLRB fell flat after Republican board member William Emanuel was forced to retroactively recuse himself from ruling in a case that would affect the 2015 decision. (RELATED: Trump’s Labor Board Chairman Isn’t Budging To Democrats’ Demands For Recusal)

The NLRB proposed a new definition of the “joint employer standard” in September that would restrict the responsibility of employer labor violations to companies that have “direct control” of employees. The board is expected to pass a final rule by June. 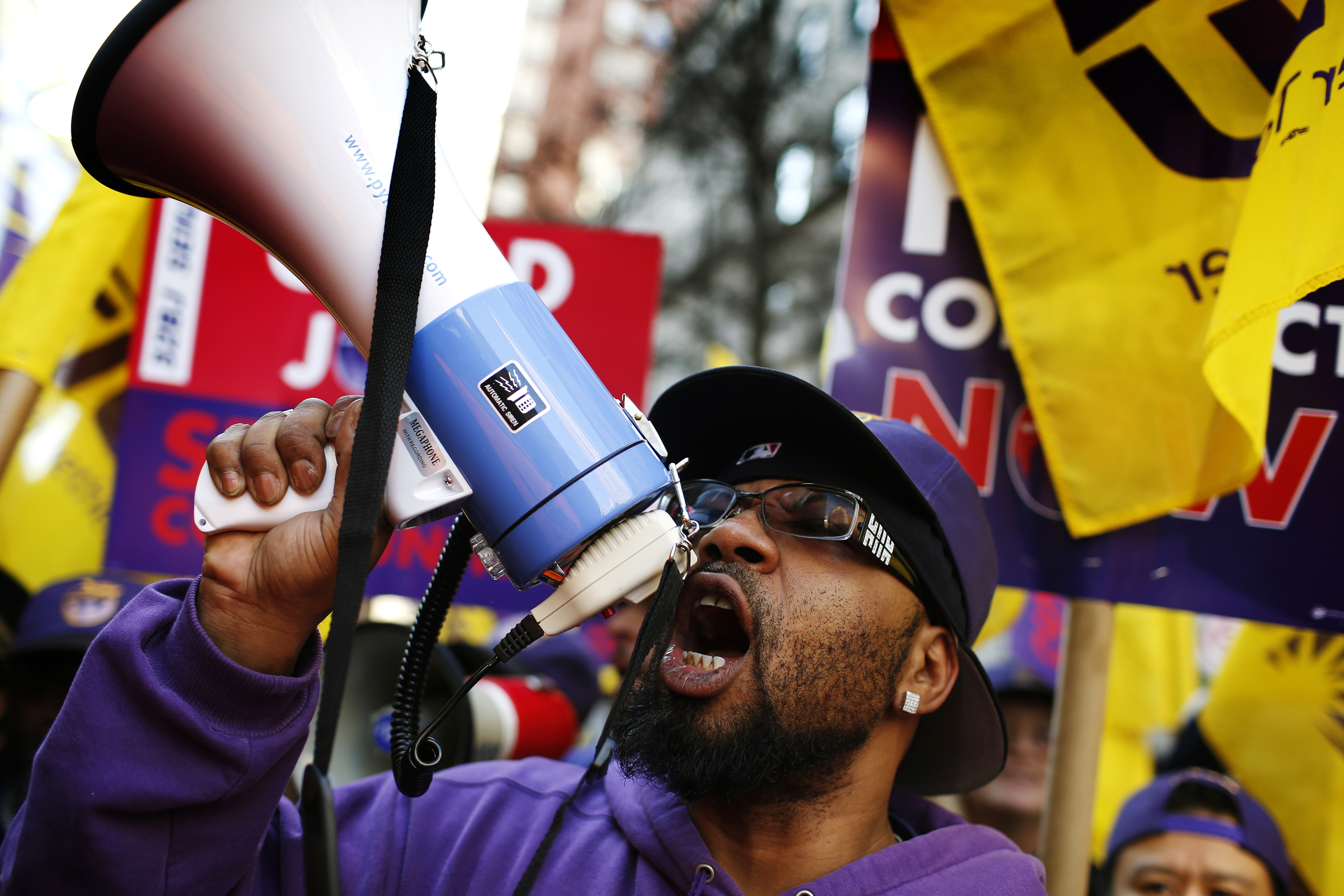 Members of the Service Employees International Union chant slogans during a protest in support of a new contract for apartment building workers in New York City, April 2, 2014. REUTERS/Mike Segar

Prior to the 2015 ruling, franchisers offered advice and counseling to franchisees on topics such as running a business and employee relations. After the 2015 ruling, many franchisers began pulling back that support and guidance to avoid being classified as an employer with “indirect control.”