Former UCLA guard and current Los Angeles Lakers starter Lonzo Ball just gave his endorsement for the Bruins’ next head basketball coach, and he gave it to someone with zero college head coaching experience.

Ball says that he believes UCLA should hire Earl Watson to head their storied but struggling program. The 39-year-old Watson starred for UCLA in from 1997-2001 and spent nearly 14 years in the NBA as a guard. 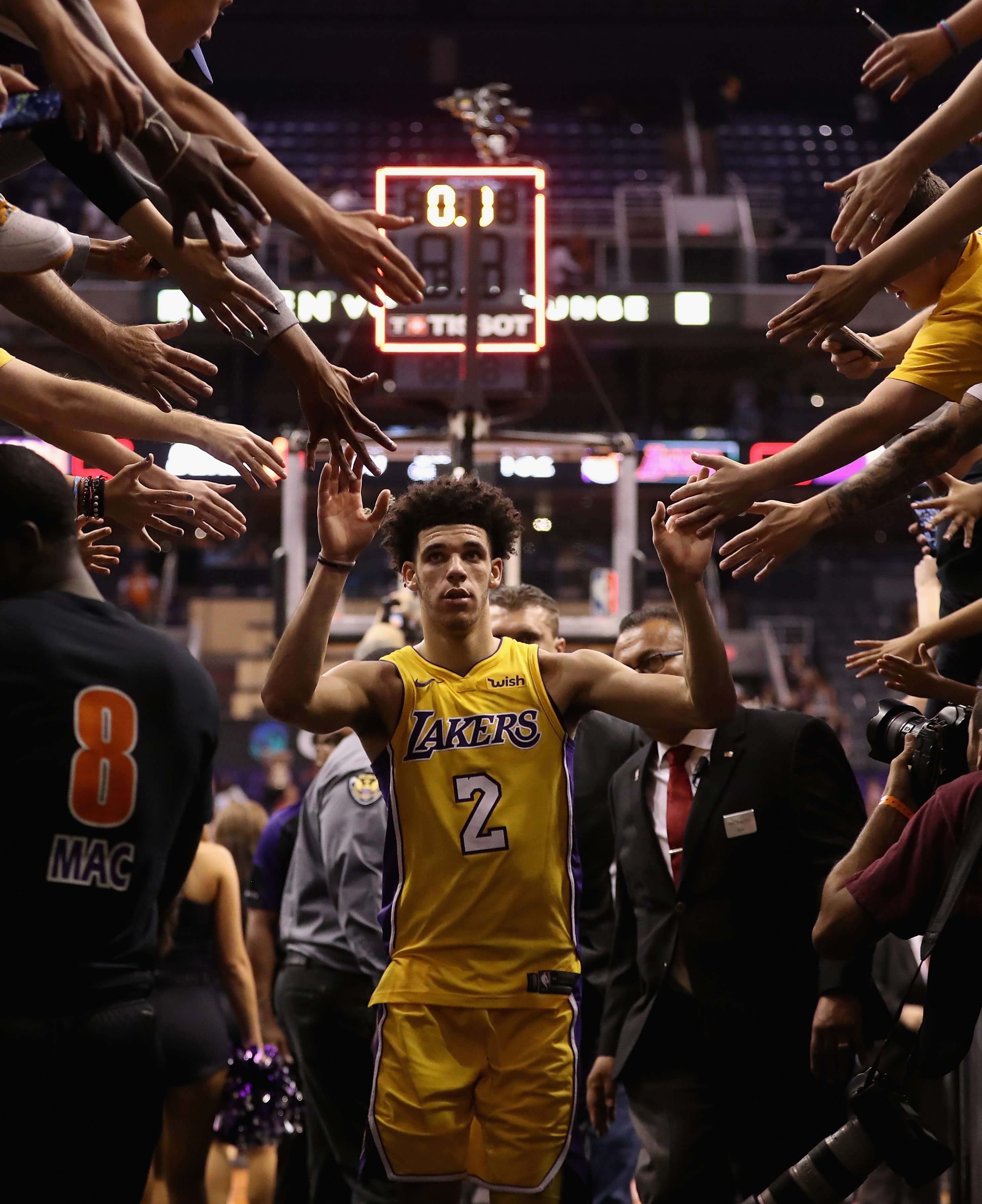 PHOENIX, AZ – OCTOBER 20: Lonzo Ball #2 of the Los Angeles Lakers high fives fans as he walks off the court following the NBA game against the Phoenix Suns at Talking Stick Resort Arena on October 20, 2017 in Phoenix, Arizona. (Photo by Christian Petersen/Getty Images)

Watson was most recently the head coach of the Phoenix Suns’ but he was fired after just three games this season. He compiled a record of 33-85 in less than two full seasons as a head coach. (RELATED: Remember NBA Star Lonzo Ball? He Is Looking Very Different These Days)

Lonzo Ball on the UCLA coaching search. “I’d like to see Earl Watson get the job.”

UCLA recently fired head coach Steve Alford following a 7-6 start to his sixth season. Ball played his one season at UCLA under Alford, leading the Bruins to the Sweet 16, before heading to the NBA.