Britain’s Home Secretary Sajid Javid called on the Royal Navy Thursday to help control the hundreds of migrants crossing the English Channel as he faces increasing political pressure to deal with the migrant situation.

Javid, along with other British officials, asked the Ministry of Defence for assistance after migrants were increasingly reported to be crossing the channel from France to England on small boats in 2018.

The United Kingdom’s move sends a forceful message as the number of migrants attempting to cross into the U.K. illegally by boat was roughly 434 in the past three months alone, The Wall Street Journal reported.

Britain’s Home Office announced Wednesday that 539 migrants attempted to cross the border through the channel in 2018, according to TheWSJ.

“We need to send a very clear message to people that if they embark on this journey, they are taking their life into their own hands,” Javid said in a statement Wednesday. (RELATED: A Ship Filled With Cars Is On Fire In The Middle Of The Ocean)

Secretary of State for Defence Gavin Williamson responded by dispatching the HMS Mersey, an offshore patrol vessel of the British Royal Navy, to patrol the waters while the Royal Air Force will be responsible for patrolling the air space, reported the Financial Times. 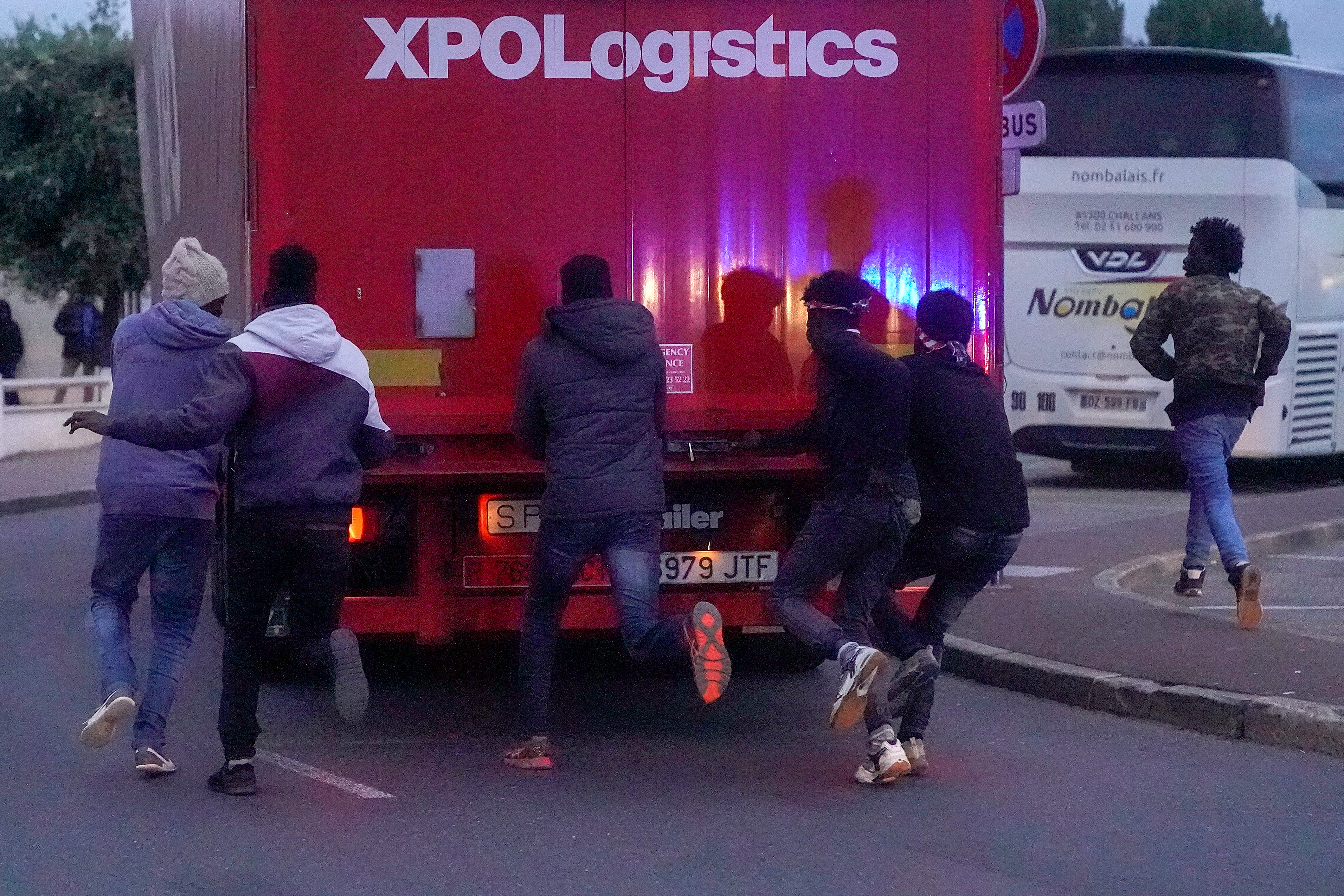 Migrants try to board a truck at Ouistreham ferry port in the hope of reaching the UK on September 12, 2018 in Ouistreham, France. (Photo by Christopher Furlong/Getty Images)

Javid faced criticism for comments he made regarding the migrants, in which he asked if those making the journey across the English Channel were “genuine” refugees and questioned why they didn’t first seek asylum in France.

“Because France is not a country where anyone would argue it is not safe in any way whatsoever, and if you are genuine then why not seek asylum in your first safe country?” Javid said on a trip to Dover, England.

British police announced Wednesday the National Crime Agency arrested a 33-year-old Iranian national and a 24-year-old British man “on suspicion of arranging the illegal movement of migrants across the English Channel into the UK.”