The U.K. is denying asylum to an endangered Pakistani Christian woman because they fear attacks on their embassies and unrest in their own country, according to reports.

The lack of asylum has drawn denunciations from some members of Parliament, including Boris Johnson MP, who wrote that the U.K. “cannot allow the threat of violence to deter us from doing the right thing.” (RELATED: Boris Johnson Faces Investigation For Criticizing Women Who Wear Burkas)

In 2009, Asia Bibi was thrown into prison for allegedly insulting the prophet of Islam during an argument with local women from her rural village outside Lahore, Pakistan.

Bibi recounted that one day while she and the other women were out picking berries, they told her to go fetch them water, and she obliged. When Bibi returned and drank the water herself, they refused to drink after her, claiming that her faith had made the cup “unclean.” 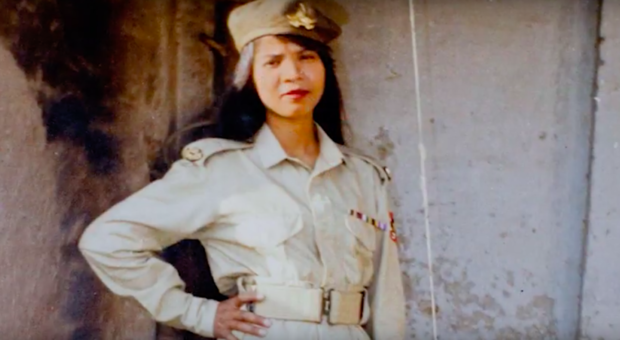 Bibi said that the women then began hurling curses at her, insulting Jesus and pressing her to convert. A Roman Catholic, Bibi’s family was the only Christian one in her village. Christians make up less than two percent of the Pakistani population, according to the Library of Congress.

“I’m not going to convert,” Bibi replied to them. “I believe in my religion and in Jesus Christ, who died on the cross for the sins of mankind. What did your Prophet Mohammed ever do to save mankind? And why should it be me that converts instead of you?”

Days later, she was brutally beaten by villagers, who hauled her before the village cleric. He likewise demanded she convert or die. Still refusing, Bibi was taken to prison in Lahore, where she languished in a windowless cell for nearly a decade, awaiting a death sentence.

Through that time, Bibi’s case remained a continual source of controversy in Pakistan. Two government officials who defended Bibi and called for reformation of the nation’s harsh blasphemy law were publicly assassinated.

Last month, the Supreme Court of Pakistan acquitted Bibi of her alleged crime. Nevertheless, protests have riled the country in response, shutting portions of it down. In a deal to quell the protests, Pakistani Prime Minister Imran Khan has agreed to issue a travel ban on Bibi and to allow an appeal of her acquittal.

Bibi’s defense lawyer has since fled to the Netherlands, and Bibi herself reportedly remains at an undisclosed location in Pakistan, fearing for her life. Bibi’s husband recently begged President Donald Trump and other Western leaders to offer asylum to his family.

Wilson Chowdhry, head of the British Pakistani Christian Association which has been campaigning for Bibi, claimed to The Daily Telegraph that, while the British government desires to help, they will not offer asylum because it is “concerned about potential unrest in the country, attacks on embassies and civilians.”

Chowdhry said it is “an enduring shame that a country with such a lauded history of helping refugees and asylum seekers, that when the Asia Bibi case has come before them, they haven’t been as generous as they have for many victims in the past.”

“It does seem to me that Britain is now a country that is unsafe for those who may be tarred with an allegation of blasphemy,” Chowdhry warned. “We are very aware that there are extremist elements in this country.” (RELATED: Imprisoned British Activist Fears Muslims Will Kill Him For His Immigration Stance) 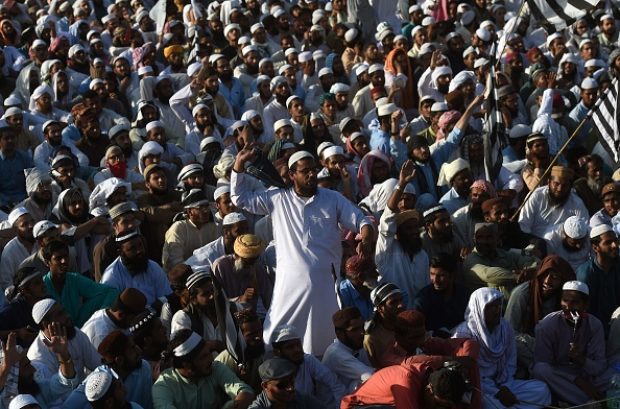 Supporters of the Pakistani religious Islamist group Mutahida Majlis-e-Amal (MMA) gather during a protest rally against the release of Asia Bibi, a Christian woman who was charged with blasphemy, in Karachi on November 8, 2018. – A Pakistani Christian woman who spent eight years on death row for blasphemy has been freed from jail after an acquittal that triggered Islamist protests, but is still in Pakistan, officials said on November 8 amid appeals for her to be offered asylum. (Photo by ASIF HASSAN / AFP)

The vast majority of foreign-born Muslim immigrants living in the U.K. are from Pakistan, according to the 2011 U.K. census. According to the U.K.’s Office of National Statistics (ONS), one in three Muslims was under age 15 in 2011, compared to the national average of one in five. By 2021, there are expected to be 300,000 Muslim teenagers in the U.K.