A federal judge in Denver rejected Colorado’s bid to dismiss a lawsuit alleging that state civil rights officials are waging a campaign of harassment against Jack Phillips, the Christian baker at issue in the landmark Masterpiece Cakeshop case.

The decision, released Friday, concludes that Phillips has developed at least some evidence of misconduct by the Colorado Civil Rights Commission.

Three weeks after Phillips prevailed at the Supreme Court, a state anti-discrimination panel issued a new probable cause finding against him, arising from his refusal to create a gender transition cake for a would-be patron called Autumn Scardina. In turn, Phillips’ attorneys charged the panel with acting in bad faith, and asked a federal court to stop the new prosecution.

“Colorado is acting in bad faith and with bias toward Jack,” said Alliance Defending Freedom (ADF) attorney Jim Campbell, who represents Phillips. “We look forward to moving forward with this lawsuit to ensure that Jack isn’t forced to create custom cakes that express messages in conflict with his faith.”

The state asked U.S. District Judge Wiley Daniel to dismiss the lawsuit on three grounds: First, the state argued that the case should be dismissed because of legal rules that forbid federal courts from intervening in ongoing state court proceedings. Second, Colorado said that the 11th Amendment — which generally forbids lawsuits against state officials — bars Phillips’ suit. Daniel rejected those arguments.

Phillips is also challenging a provision of Colorado law forbidding business owners from posting notices indicating certain patrons will not be served. The state argued that Phillips does not have standing to challenge that law. Daniel disagreed, explaining that provision chills Phillips’ speech and prevents him from engaging in an activity the First Amendment protects. (RELATED: Ruth Bader Ginsburg To Miss Arguments Following Lung Cancer Procedure)

However, the court dismissed Phillips’ bid to make the individual members of the Colorado Civil Rights Commission and its director personally liable for the damages he is seeking. The judge explained that the director and the commissioners are the functional equivalent of prosecutors, who enjoy total immunity from lawsuits when performing their official duties. 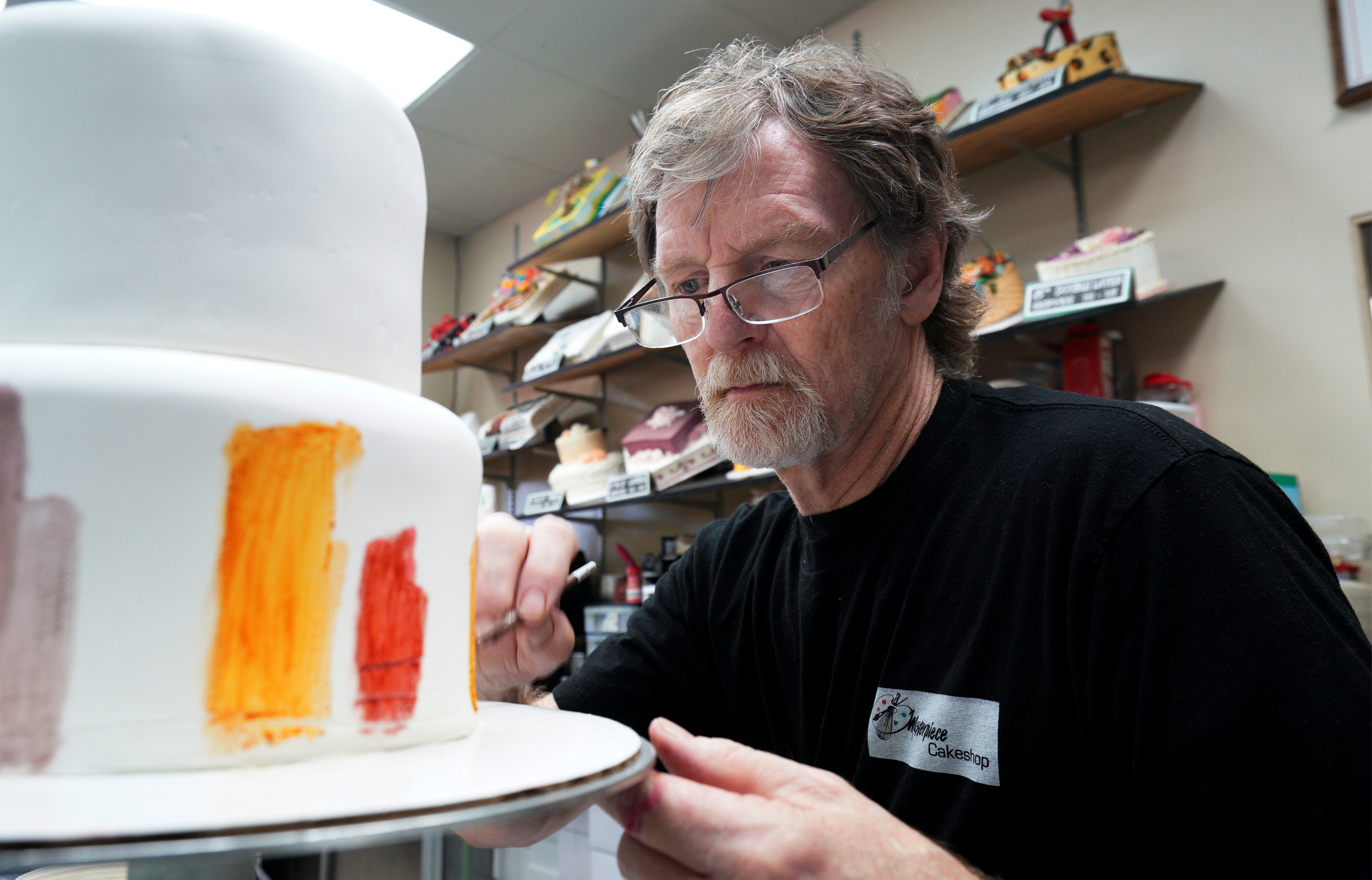 Elsewhere in the decision, Daniel said that Phillips has presented evidence of unfair conduct on the commission’s part. The judge noted that the Colorado Civil Rights Commission extended protections to three bakers who declined to produce cakes bearing anti-gay messages, reasoning that those bakers do not have to relay messages with which they disagree.

When Phillips made the same argument, however, the commission still found against him and assessed various penalties.

“This disparate treatment reveals Director Elenis’ and the defendant commissioners’ hostility towards Phillips, which is sufficient to establish they are pursuing the discrimination charges against Phillips in bad faith, motivated by Phillips’ suspect class (his religion),” Daniel wrote.

The Supreme Court found that the commission acted with unwarranted hostility toward Phillips’ Christian religious beliefs in June 2018.