New York Gov. Andrew Cuomo vowed to protect and expand abortion access for women in the state, promising Monday to nix a state budget that doesn’t include looser abortion laws.

Cuomo, a Democrat, promised to add abortion protections to the state constitution and vowed to reject a budget that doesn’t include expanded abortion access while speaking at Barnard College in New York City. Members of the state legislature and women’s rights advocates attended the event, CBS News reported.

“We have led the way on women’s rights like no other state, period,” Cuomo said, according to CBS.

Abortion is legal up until 24 weeks in pregnancy in the state. Cuomo seeks to pass the Reproductive Health Act, which will provide exceptions for circumstances where a woman’s health is at risk or where a baby will be born with a fatal fetal abnormality. The legislation also seeks to allow nurse practitioners, physicians’ assistants and qualified health care professionals to provide abortions.

Cuomo vowed Monday not to sign the state’s budget plan in April unless both bills are included. He also demanded that the bills’ provisions be codified into the state constitution, according to TheNYT.

“Advancing the rights of women and girls is the great unfinished business of the 21st century,” Clinton said, TheNYT reported. “It continues to be the fight of our lifetime.” 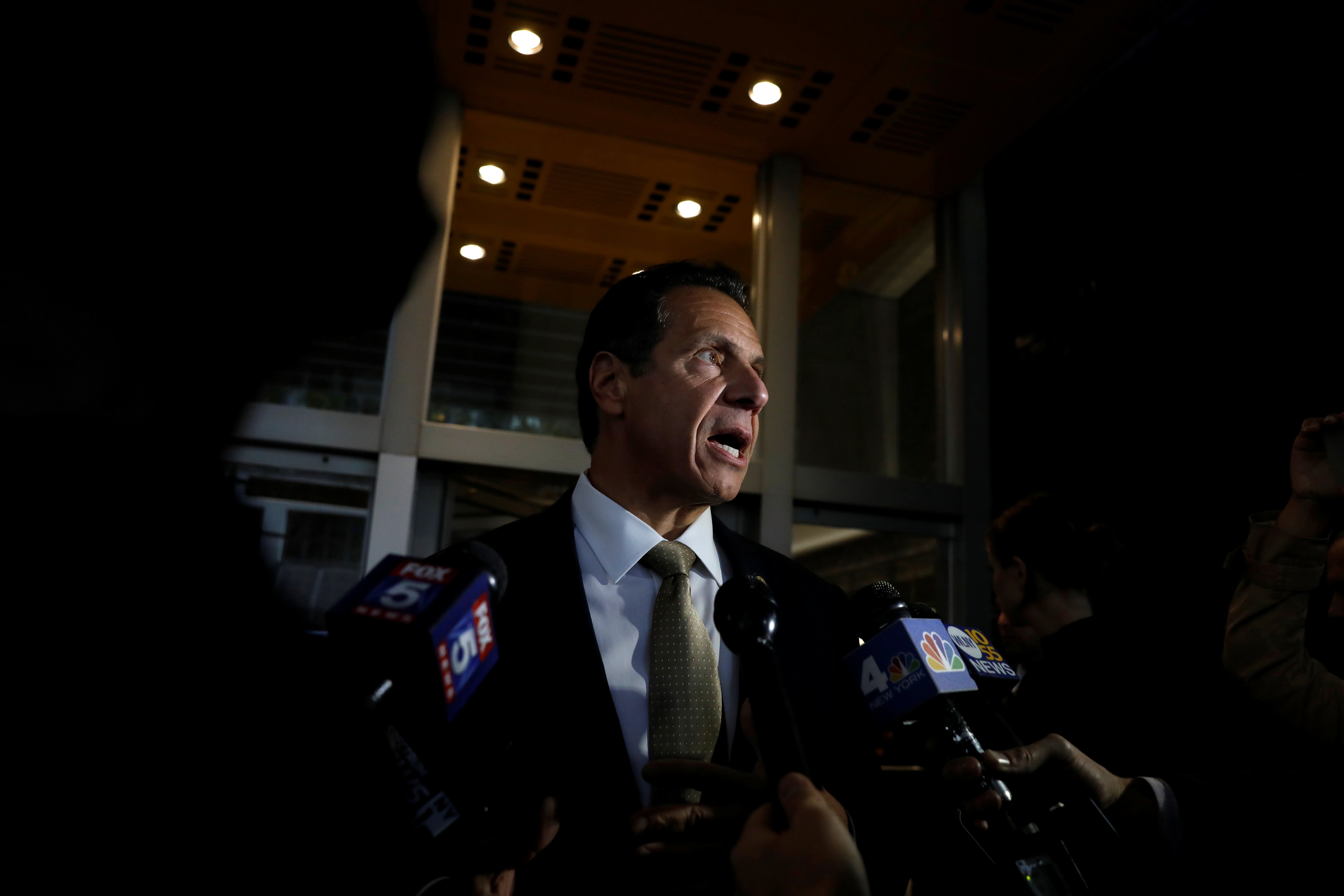 Governor of New York Andrew Cuomo speaks to the media outside his office after a suspicious package was found inside in New York, U.S., Oct. 24, 2018. REUTERS/Brendan McDermid

Cuomo’s push for expanded abortion access comes after the U.S. Supreme Court declined to review in December three cases attempting to strip state funds going toward Planned Parenthood. The decline followed the appointment of Justice Brett Kavanaugh who has called Roe v. Wade “settled law,” according to The Washington Post.

Roughly 10 percent of women in New York resided in a county that had no abortion provider in 2014, according to a May 2018 Guttmacher Institute report. Women seeking abortions in the state do not face any major restrictions like waiting periods, mandated parental involvement or public funding limitations, according to the report.

Cuomo did not immediately respond to The Daily Caller News Foundation’s request for comment.