The trial of Mehdi Nemmouche for the 2014 killings at Brussels Jewish Museum begins Thursday. If convicted, Nemmouche, who originally hails from Algeria, faces a potential sentence of life imprisonment, but law enforcement officials say that once in prison Nemmouche will likely find a fertile recruiting ground for his jihadi cause. Terror suspects who spend time in prison often hatch more schemes of attack behind bars and use their time to radicalize fellow inmates. (RELATED: Former USS Cole Commander ‘Extremely Gratified’ That The Terrorist Who Attacked His Ship Has Been Killed) 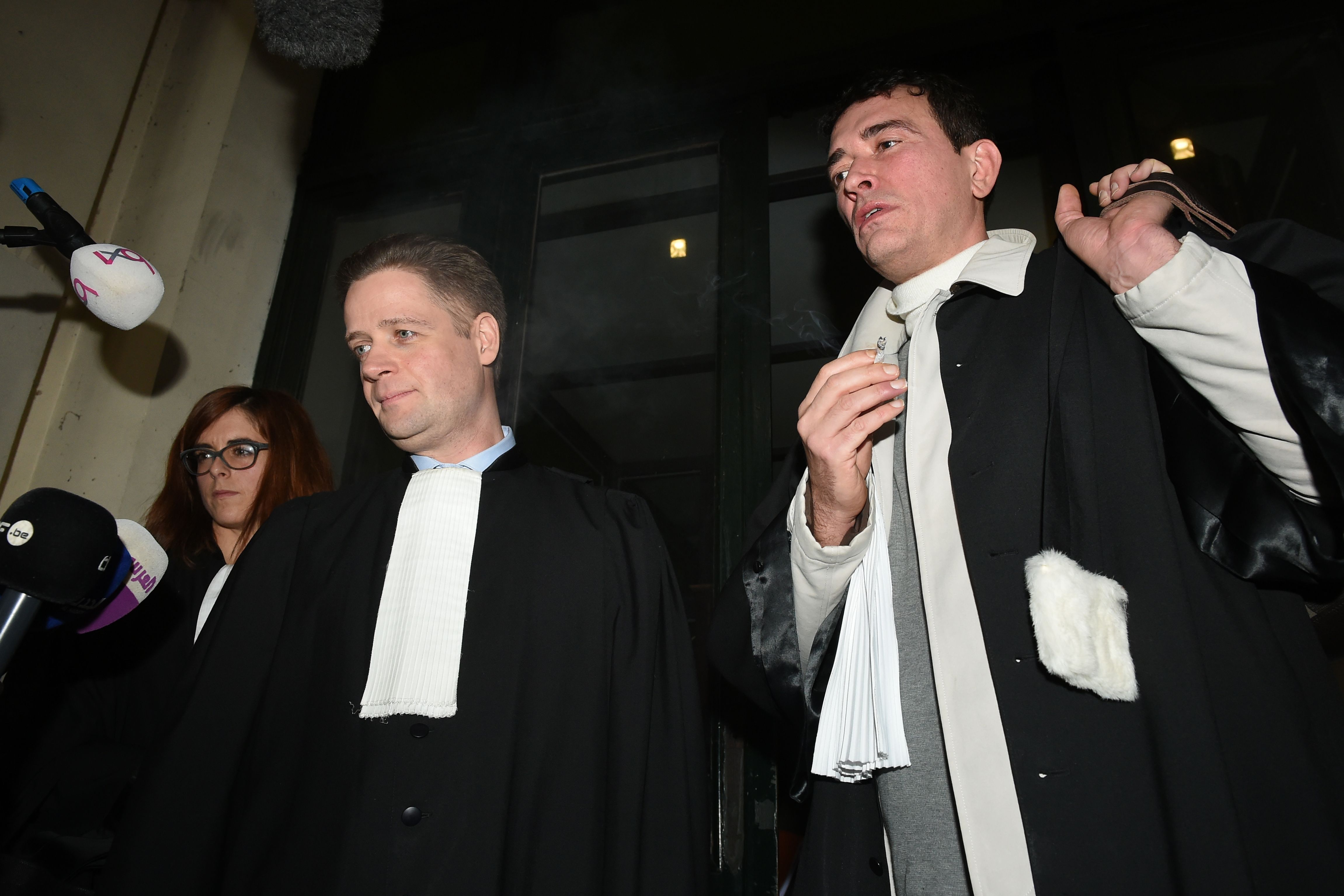 Belgian lawyers of Mehdi Nemmouche, the French suspect in Brussels Jewish museum attack, Henri Laquay (L) and Sebastien Courtoy answer to journalists as they leave the courthouse in Brussels on Dec. 20, 2018 after a preliminary hearing designed to finalise a list of 150 to 200 witnesses, ahead of his trial on charge of shooting four people dead at a Jewish museum after his return from Syria’s battlefields. (JOHN THYS/AFP/Getty Images)

Nemmouche, for example, maintained contact with members of the Belgium-France terrorist cell to which he was linked even after his arrest. Prison records show that he communicated with Salah Abdeslam, the sole surviving suspect in the Paris attacks, while detained in a maximum security Belgian prison, The Wall Street Journal reported Wednesday.

The problem of prisons becoming breeding grounds for Islamic radicalization and terrorist plots has plagued not only France, but other European countries as well. Belgium, for instance, saw one-third of its 125 returnees from Iraq and Syria in 2018 sent to prison.

“Prisons are one of the most important places of radicalization by now,” Belgian journalist Guy Van Vlierden, who specializes in tracking foreign fighters, told WSJ.

Authorities wrestle with the question of whether to isolate terror convicts during imprisonment or to imprison them together. Several countries have tried to develop solutions to the problem of radicalization, ranging from increased surveillance to tailored religious instruction. Italy employed vetted moderate imams to serve the spiritual needs of Muslim inmates and dissuade them from jihadi ideologies. France created a special intelligence service in 2017 that monitors about 3,000 inmates for signs of radicalization, and another intelligence service to monitor terror convicts after their release from prison.

Despite their efforts to combat prison radicalization, the European Union’s counterterrorism coordinator Gilles de Kerchove said, “Nobody has the silver bullet.”

Nemmouche is the first citizen of Western Europe to be tried for traveling to Syria, joining the Islamic State, and returning to allegedly execute a deadly terrorist attack. His case also highlights the security concerns of returnees from Syria and Iraq to Europe. Approximately 5,000 people have left Europe for Syria and Iraq since 2012. About 1,500 of those people have returned to Europe, at which point law enforcement authorities have sought to arrest them, sentence those who joined terrorist organizations, and release others on parole.

While numbers of returnees have dwindled over the years, European law enforcement authorities say the threat remains of returnees with terrorist training and combat experience proselytizing and instructing recruits in Europe.

“Returnees and other extremists in prison may encourage inmates to ultimately travel overseas to fight or conduct other terrorist activities,” reads Europol’s 2018 Terrorism Situation and Trend Report published in June.

Complicating the matter is the fact that countries in the European Union have little choice but to imprison those convicted of traveling to Syria or Iraq to join ISIS, since the death penalty is outlawed in the EU.

Another complicating factor is the acceptable grounds for prosecution — simply holding radical views is not illegal, so law enforcement must wait to catch suspects until they have either downloaded materials for bomb-making or constructing guns or attempted to join a terrorist organization, according to Kerchove.