WATCH: Alexandria Ocasio-Cortez delivers impassioned response to President Trump’s address: “The president should be really defending why we are funding [ICE] at all … right now, what we are seeing, is death.” pic.twitter.com/4Al4GLWUvB

“The president should not be asking for more money to an agency that has systematically violated human rights,” the newly sworn-in congresswoman began. “The president should really be defending why we are funding such an agency at all. Because right now, what we are seeing is death. Right now, what we are seeing is the violation of human rights.” (RELATED: Ocasio-Cortez: Trump Needs To Explain Why ICE Should Still Be Funded)

But even as she laid out her challenge to the president, Ocasio-Cortez appeared to forget that Congress — not the president — controls budget appropriations and determines which agencies continue to receive what funding.

U.S. Representative-elect Alexandria Ocasio-Cortez (D-NY) reacts inside the House Chamber as the U.S. House of Representatives meets for the start of the 116th Congress on Capitol Hill in Washington, U.S., January 3, 2019. REUTERS/Jonathan Ernst 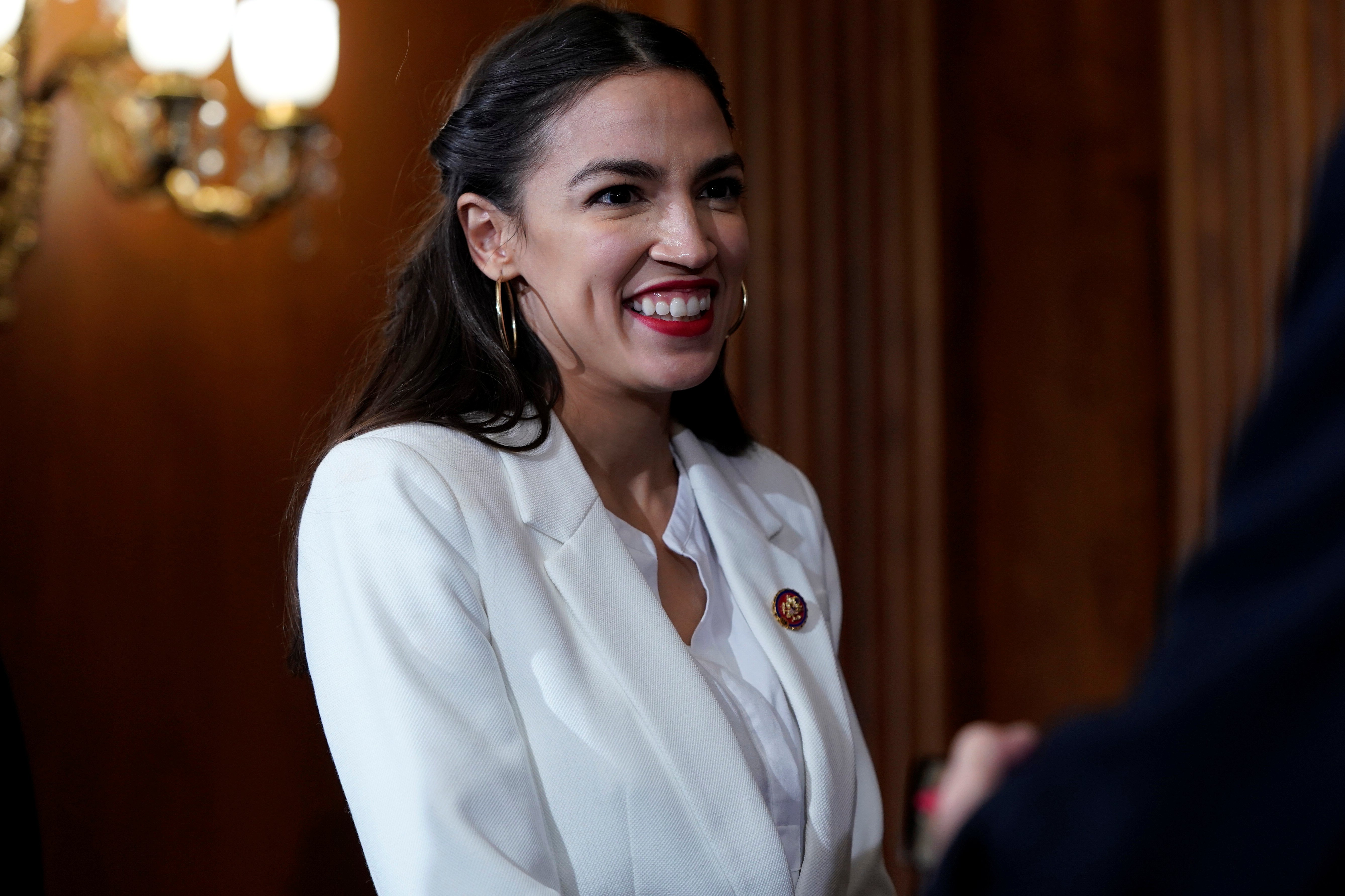 Moreover, she left out the fact that just a week earlier, when she voted “aye” on House Joint Resolution 1 on Jan. 3, 2019, she herself had voted to fund ICE through the end of the fiscal year.

H.J. Res. 1, according to the final rollcall vote, passed with 100 percent Democratic support. Five Republicans joined with the Democrats in voting “aye.” The intent of the resolution was, “Making further continuing appropriations for the Department of Homeland Security [DHS] for fiscal year 2019, and for other purposes.”

Because ICE is funded through DHS, Ocasio-Cortez cast one of her first votes as a congresswoman to continue funding the agency she has repeatedly called for abolishing and has accused of “systematically” violating human rights.