But Trump’s attempt to sweeten the deal was to no avail to Schumer and the Democrats.

“Unfortunately, the president just got up and walked out,” Schumer said according to CNN. “He asked Speaker [Nancy] Pelosi, ‘Will you agree to my wall?’ She said, ‘No.’ And he just got up and said, ‘Then we have nothing to discuss,’ and he just walked out. Again, we saw a temper tantrum because he couldn’t get his way, and he just walked out of the meeting.” (RELATED: See How The Shutdown Racks Up Against The Longest In History)

Pence disagreed with Schumer’s statement while talking to reporters.

“Well, the president walked into the room and passed out candy. It was true,” Pence said according to Fox News Insider. “I don’t recall him ever raising his voice or slamming his hand.” 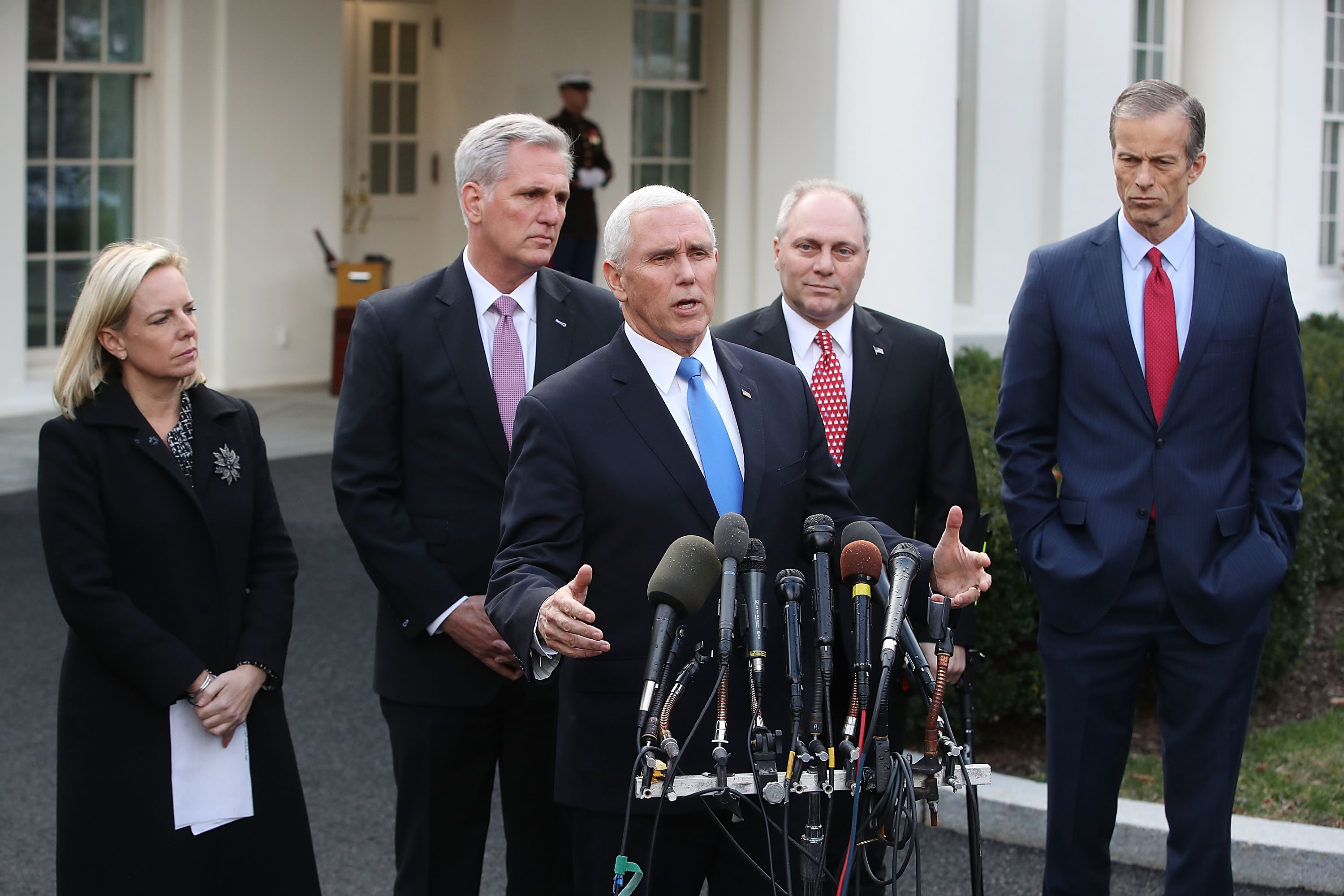 U.S. Vice President Mike Pence speaks to the media after a meeting with President Trump and Congressional leaders at the White House on Jan. 9, 2019 in Washington, D.C. (Photo by Mark Wilson/Getty Images)

“The way to come out to this floor and talk about a meeting in a manner that did not take place in there is disturbing to me,” he said according to Fox News Insider. “People are hurting. So I tell the Democrats, get back into the room. Let’s not leave, let’s solve this problem. Just as the president said, it doesn’t even take 45 minutes.”

Trump said that he left the meeting because it was a “total waste of time” in a tweet Wednesday.

“Just left a meeting with Chuck and Nancy, a total waste of time,” he wrote. “I asked what is going to happen in 30 days if I quickly open things up, are you going to approve Border Security which includes a Wall or Steel Barrier? Nancy said, NO. I said bye-bye, nothing else works!”

The aborted talks came a day after Trump’s Tuesday evening national address in the lead-up to his planned visit to the southern U.S. border Thursday.

The partial government shutdown is now the second-longest in U.S. history. Trump has indicated it could last for months or even a year as he asks for $5.7 billion in funding for a southern border wall.