A bipartisan trio of senators is teaming up to repeal a key part of the Affordable Care Act.

The proposed bill would repeal Obamacare’s health insurance tax, which is estimated to reach about $100 billion over the next 10 years (RELATED: Death Panels? Study Suggests One Obamacare Provision Killed People) 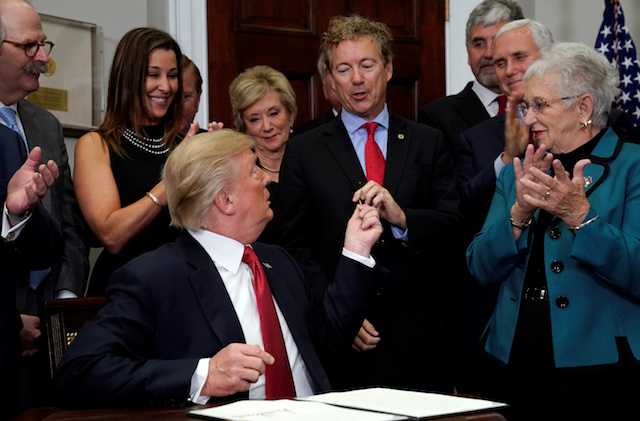 “This tax raises costs for Arizona families and businesses,” Sinema said. “I’m proud to work across party lines to end this harmful tax and make healthcare more affordable for Arizonans.”

The proposed bill would repeal a tax that many have criticized as unnecessary and hostile to small businesses. The tax on premiums largely affects lower class Americans, as American Action Forum found that those with annual incomes between $10,000 and $50,000 paid roughly half the taxes.

Gardner had similar reasoning for trying to repeal the tax: “Without congressional action, the Health Insurance Tax will impose fees on nearly 142 million American’s health care coverage. I am proud to join my colleagues in support of this common-sense legislation and will continue to look for ways to lower the cost of health care for all Americans.”

Barrasso, as a doctor, used his unique perspective on expensive health insurance and its effect on average American families to make his decision.

“…Lowering health insurance costs for families in Wyoming and across the country has always been one of my top priorities,” the Wyoming senator said. “We need to make health care more affordable so patients can get the care they need. The health insurance tax needlessly drives up the cost of coverage”