A northern Virginia school board has removed Confederate General Robert E. Lee’s name from a local high school over the objections of the community.

The Arlington school board voted to drop Lee’s name from Washington-Lee High School and change it to Washington-Liberty, Fox 5 reported Thursday.

The board defended its actions, appealing to Lee’s post-war message of reconciliation, and assured critics that the name change would not erase the iconic figure from the school’s curriculum.

“Rest assured, the history of Robert E. Lee will not be forgotten in Arlington public schools,” board member Monique O’Grady said, according to Fox 5. “It will continue to be part of our curriculum, and thus a topic for students to explore, debate, learn, and, yes, even be tested on. As for General Lee, amid the smoldering scars of the Civil War, he urged us to move forward and refrain from erecting symbols that might cause division. With our vote today, we do just that.”

Twelve out of 17 community members who spoke at Thursday’s board meeting opposed the change, Fox 5 reported.

Lee’s personal legacy is a controversial one. Lee owned slaves, though he characterized the institution of slavery “a moral and political evil” in an 1856 letter to his wife. Opposed to secession, he only joined the Confederacy to defend his home state of Virginia.

The school board also considered Washington-Loving, instead of Washington-Liberty. This name comes from Virginia couple Mildred and Richard Loving, whose marriage was under question in the state when interracial marriage was not allowed. Loving v. Virginia, the 1967 Supreme Court case, reversed Virginia’s rule against interracial marriage. (RELATED: Public School Teachers Could Be More Disgruntled Than Ever: Survey) 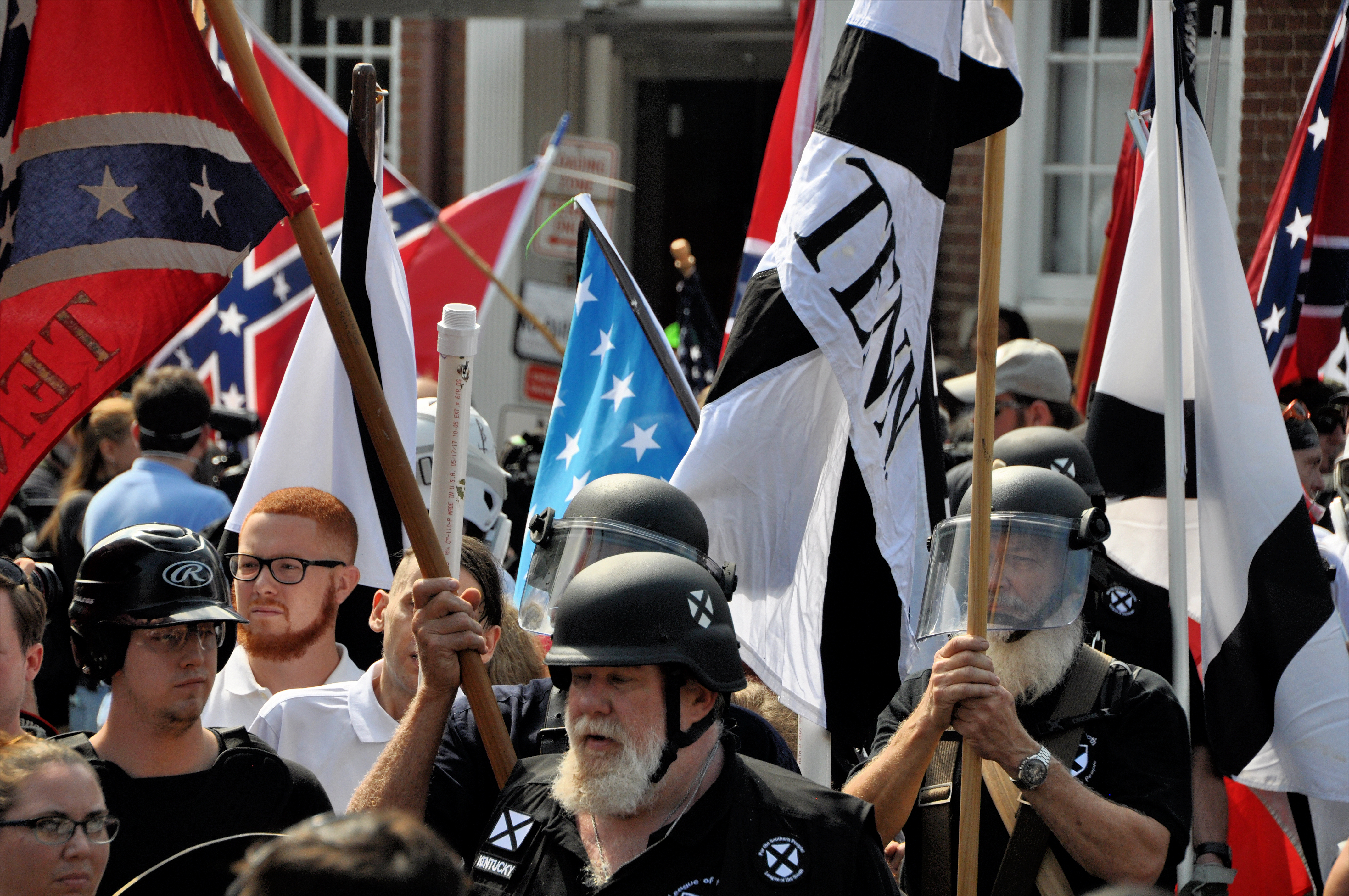 CHARLOTTESVILLE, VA – August 12, 2017: White nationalists and counter protesters clash in during a rally that turned violent resulting in the death of one and multiple injuries. SHUTTERSTOCK/ Kim Kelley-Wagner

The name change was prompted by the 2017 Unite the Right Rally in Charlottesville, in which white supremacists clashed with Black Lives Matter, Antifa and other protesters, ARL Now reported.

The Arlington School Board did not immediately respond to The Daily Caller News Foundation’s request for comment.