Appearing on Tuesday night’s edition of “The Story with Martha MacCallum,” Hume noted that, while King’s recent comments were “just too close for comfort” and were rightly condemned, the media should also be careful “flinging” around a term like “racist,” which has a specific meaning.

“I can kind of see his point,” Hume told MacCallum, responding to her question about King’s defense of his recent comments, “but I am sorry, the juxtaposition of what is wrong with those terms and the phrase white supremacist is just too close for comfort, and I think that he was on the right track when he went along with the resolution today to condemn that.”

King contended during his defense before the House that the words “Western civilization” should have been preceded by a pause denoting a separate sentence, and that he wasn’t referring to “white nationalist” nor “white supremacist” when he asked when the “language” became “offensive.”

The rest of Hume’s remarks dealt with how the media should “handle comments that some describe as racist,” citing NBC and the New York Times as examples. (Related: Democratic Leader Confirms Censure Of Steve King Will Open Political Pandora’s Box)

“An interesting thing happened today at NBC news, just to cite one news organization,” said Hume. “They sent out a word to their people that they were not to characterize his statements as racist, but only to simply say these are statements that some are calling racist. Well, the left-wing Huffington Post got them all over them about that, and then the next thing you know NBC News had rescinded that guidance and says you’re perfectly free to say what Steve King said was racist …” 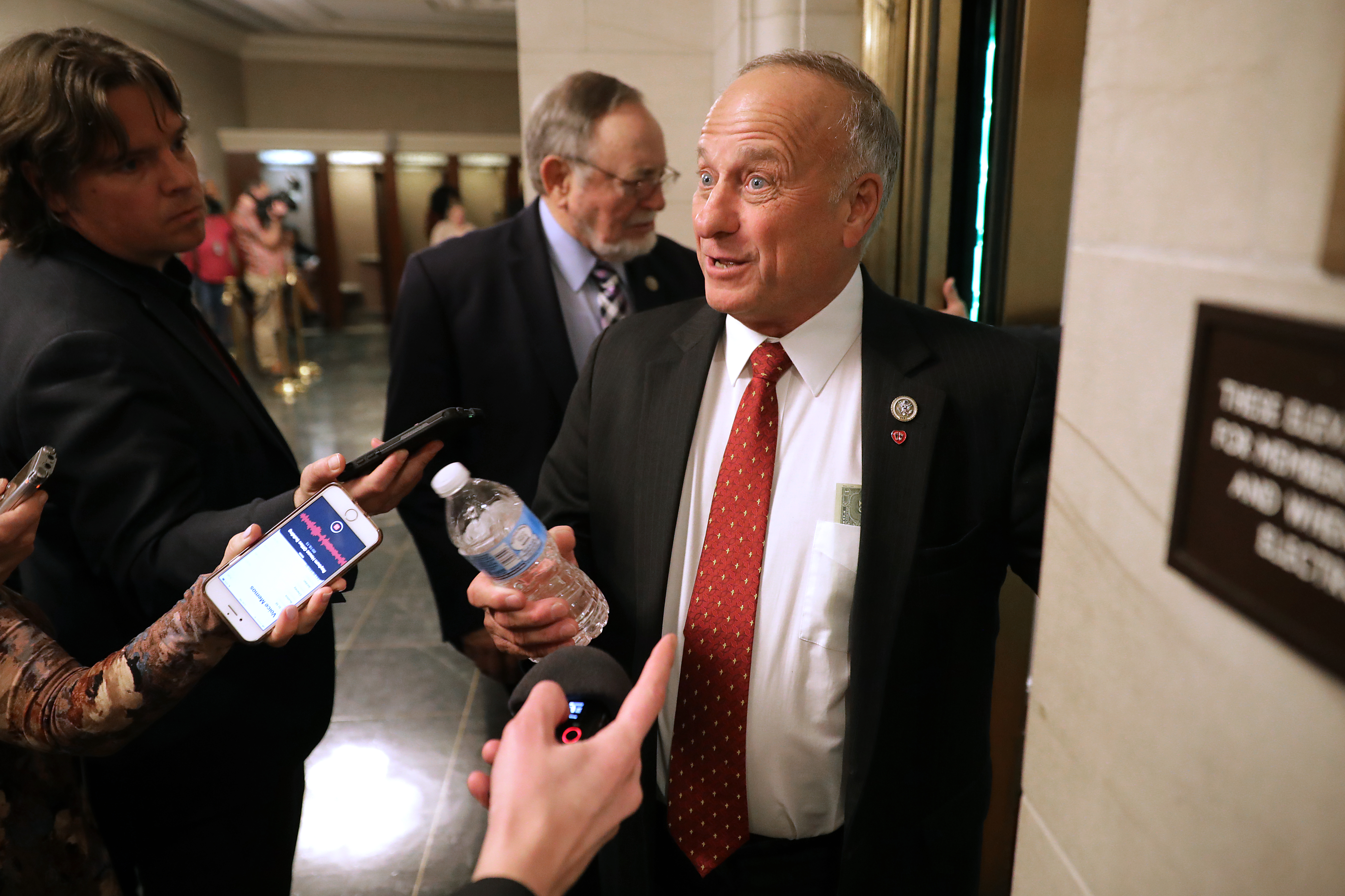 Hume then analyzed the comments quoted by the Times on Tuesday and contended that the media should be “very careful” in how they use the word “racist.”

He’s not going to get any awards for being a civil rights leader. But The New York Times did somewhat the same thing today. They had a big piece that said, ‘his long history of racist comments.’ I read every one of them. Some of them weren’t even about race. Some of them were about Islam, Islam is not a race, it’s a faith. Many of them might be considered insensitive, but they weren’t racist. Racism means a very specific thing, it means a belief in the superiority of one race over another. And it is taboo in the United States as well as it should be.

But we need to be careful flinging this term around, because what has happened to this tragically is this great triumph of the civil rights movement making racism indefensible and intolerable has been weaponized. And the term now, the adjective racist is hurled around with abandon, and is the kind of thing that we in the news media need to stay out of the middle of. We shouldn’t be getting involved in this. We shouldn’t be throwing the word racist around with abandon. We should be very careful in how we use it.

What NBC said to do in the first place which was to leave it to others to characterize as racist was the right call. The second call in my opinion was the wrong call. And that New York Times piece was completely bogus. I mean, those comments, look I don’t agree with them and I’m no fan of Steve King. Look, I’m sorry, they did not amount to racism.

Hume contended that the American people should “make up their own minds” on what is racist, and media should simply “quote” what is said “accurately.”

“I think it is absolutely one of the things it is wrong with the news media today and why we as an institution stand in such low esteem,” he said. “People think we are biased, and this suggests that indeed we are.”