While Democratic leadership holds the line, apparently refusing to come to the table to negotiate, the resolve of House Speaker Nancy Pelosi and Senate Minority Leader Chuck Schumer in holding out might not be trickling down into the freshman class.

A number of newly sworn-in Democrats have reportedly voiced frustration with the leaders within their own party. Some are suggesting that they might be willing to at least negotiate and see what kind of a deal could result. (RELATED: Democrats Rebuff Trump At Every Turn During Shutdown Negotiations)

Democratic New York Rep. Max Rose says he’s ready to get to work, and his first order of business is to reopen the government. Toward that end, he has called for serious negotiations from both sides — making it clear in an interview just days after he was sworn in that he was willing to go toe-to-toe with the leadership in his own party if necessary.

Now it’s time for everyone in Washington to do the same, come to the table seriously, and let’s reopen the government.

Democratic Rep. Jared Golden of Maine, a 36-year-old Marine Corps veteran, told the Sun Journal in his home state that he, too, was “very frustrated with all the leadership right now.” Golden also suggested a “common-sense, Mainer solution” that would involve including Republican leadership — House Minority Leader Kevin McCarthy and Senate Majority Leader Mitch McConnell — in any future negotiations. 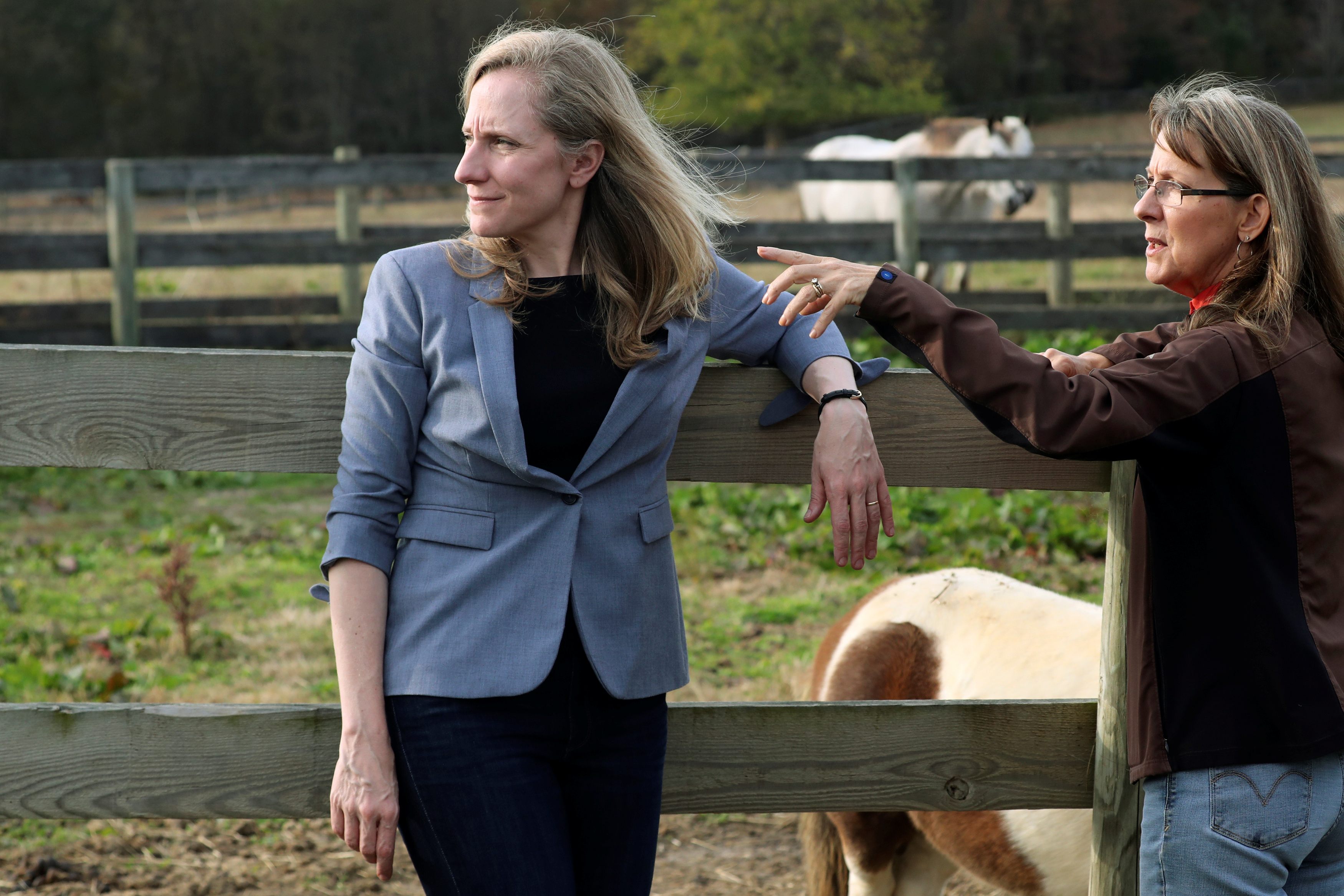 Virginia Democratic candidate for U.S. Representative Abigail Spanberger (L) talks with Jorg Huckabee-Mayfield during a visit to the horse rescue stables she and her husband operate in Burkeville, Virginia, U.S. October 31, 2018. REUTERS/Jonathan Ernst

Virginia Rep. Abigail Spanberger, a Democrat who represents a district won by President Donald Trump in 2016, told Politico that her constituents had reached out to her office and raised concerns about the Democrats’ failure to negotiate.

“If I am getting comments and contact from my constituents expressing concern that the Democrats are not prioritizing security, then I think we can do better,” she said.

Democratic New York Rep. Anthony Brindisi cited food safety as the driving concern behind his push to reopen the government.

“Stopping routine food safety inspections of seafood, fruits, vegetables and many other foods at high risk because of contamination because of the federal government’s shutdown is a recipe for disaster,” he said Monday at an event in Oneida. “I’ve been meeting with several representatives from across the country, both Democrats and Republicans. And I’ve been trying to force leadership on both sides of the aisle to work out a compromise to this shutdown.” 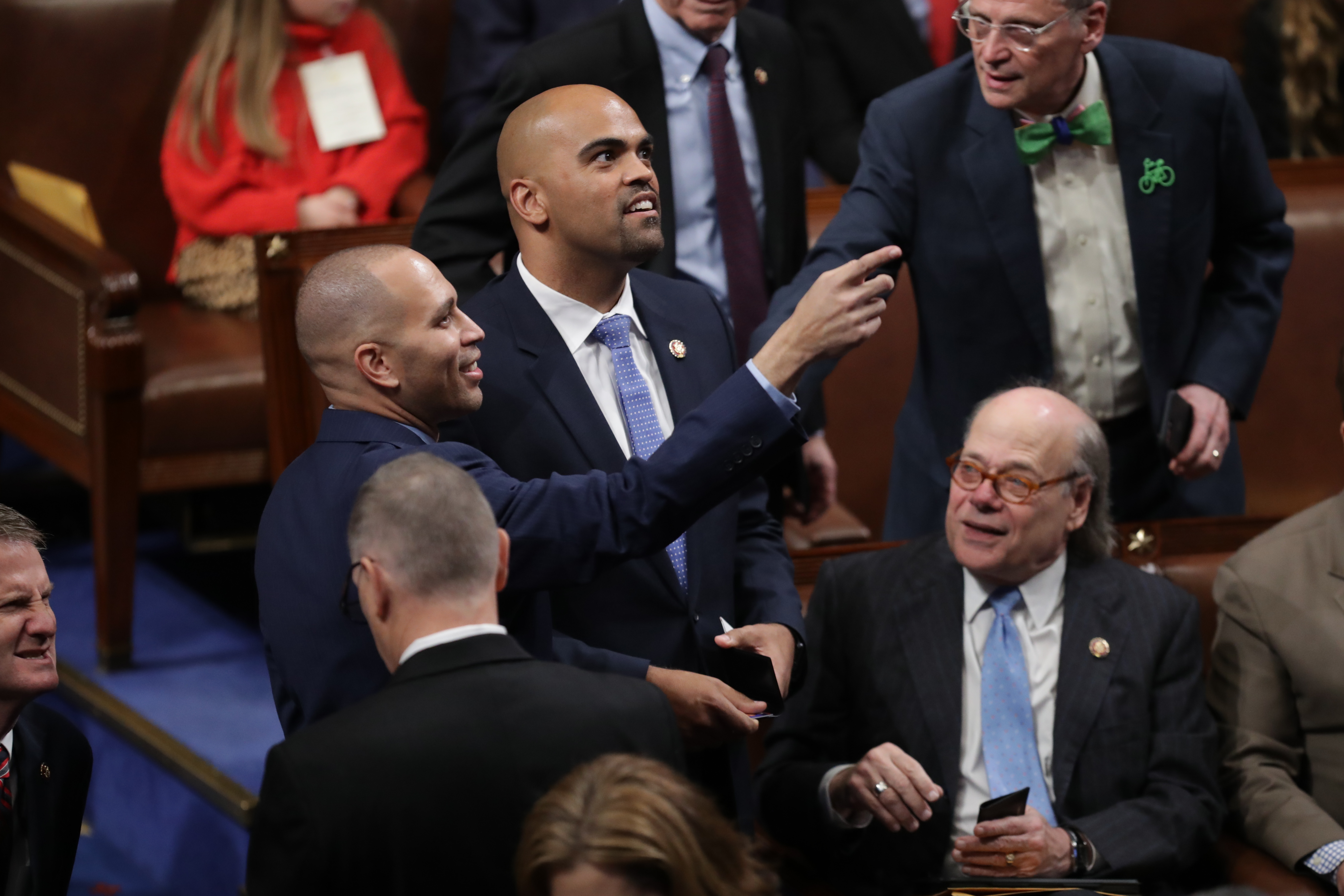 Texas Rep. Colin Allred said that he didn’t believe fellow House Democrats were the cause of the shutdown but conceded that their unwillingness to come to the table could hurt them moving forward.

“I do think it’s setting us back in terms of those coalitions we’re trying to build.” he explained. Allred later added, “I’m not going to rule anything out, I really am not.”

Georgia Rep. Lucy McBath, also a Democrat, urged a deal as well, telling Politico, “I hope that we can all come to a compromise because that’s the way things get done. If we don’t compromise, the American people are the ones who get hurt. Right now, they are hanging in the balance.” McBath stopped short of saying whether or not she would consider compromise on funding for the proposed border wall.

New Jersey Rep. Jeff Van Drew, on the day he was sworn in, told VICE News that he was ready to negotiate. “If I had the opportunity to vote for some sort of a deal, I would,” he said.

We must come together to end it. #GovtShutdown #NJ02

And it’s not just the freshman who are starting to talk deals.

Georgia Rep. Hank Johnson said that a trade — DACA protections for border wall money — would be a deal he would have to consider. He explained to VICE News, “I think it’s a great suggestion. Comprehensive immigration reform has been something that this country should have addressed years ago, so if this provides us with an opportunity to get that done, I think that’s a good thing.”

Illinois Rep. Bill Foster also signaled a willingness to make a deal. Saying that Dreamers in his own district would support him trading wall funding for protection for illegal immigrants, he added, “I think it’s something that should be in the discussion here, because things are obviously going so slowly. I think this is ground that most Democrats should feel comfortable standing on.”

In spite of the number of Democrats who appear ready to at least come to the table to negotiate, when Trump seemed to open the door for them to do just that, the opposing party — at least its leadership — didn’t capitalize. A Tuesday border security meeting that was open to rank and file members of Congress was boycotted by Democrats.