The Anti-Defamation League (ADL), a Jewish non-government organization that fights hate crimes, has called for Rep. Rashida Tlaib to explain her relationship with a pro-Hezbollah, anti-Israel activist on Thursday afternoon.

Abbas Hamideh, the executive director and co-founder of Al-Awda: The Palestinian Right to Return Coalition, tweeted a photo of himself with Tlaib about a week ago, claiming that he attended her swearing-in ceremony two weeks ago and a private dinner afterward. The photo features the two of them holding a painting of Tlaib in front of the U.S. Capitol Building with an American flag as the background.

The caption on the tweet reads, “I was honored to be at Congresswoman @RashidaTlaib swearing-in ceremony in #Detroit and private dinner afterward with the entire family, friends and activists across the country.” (RELATED: Anti-Israel Extremist Says He Was At Tlaib’s Private Dinner After Swearing-In)

An ADL blog post updated on Thursday reveals multiple examples of Hamideh praising anti-Semites and anti-Israelis. In particular, he condemned Muslims who were uniting with Jewish people following the murder of 11 Jewish people in a synagogue in Pittsburgh back in October. 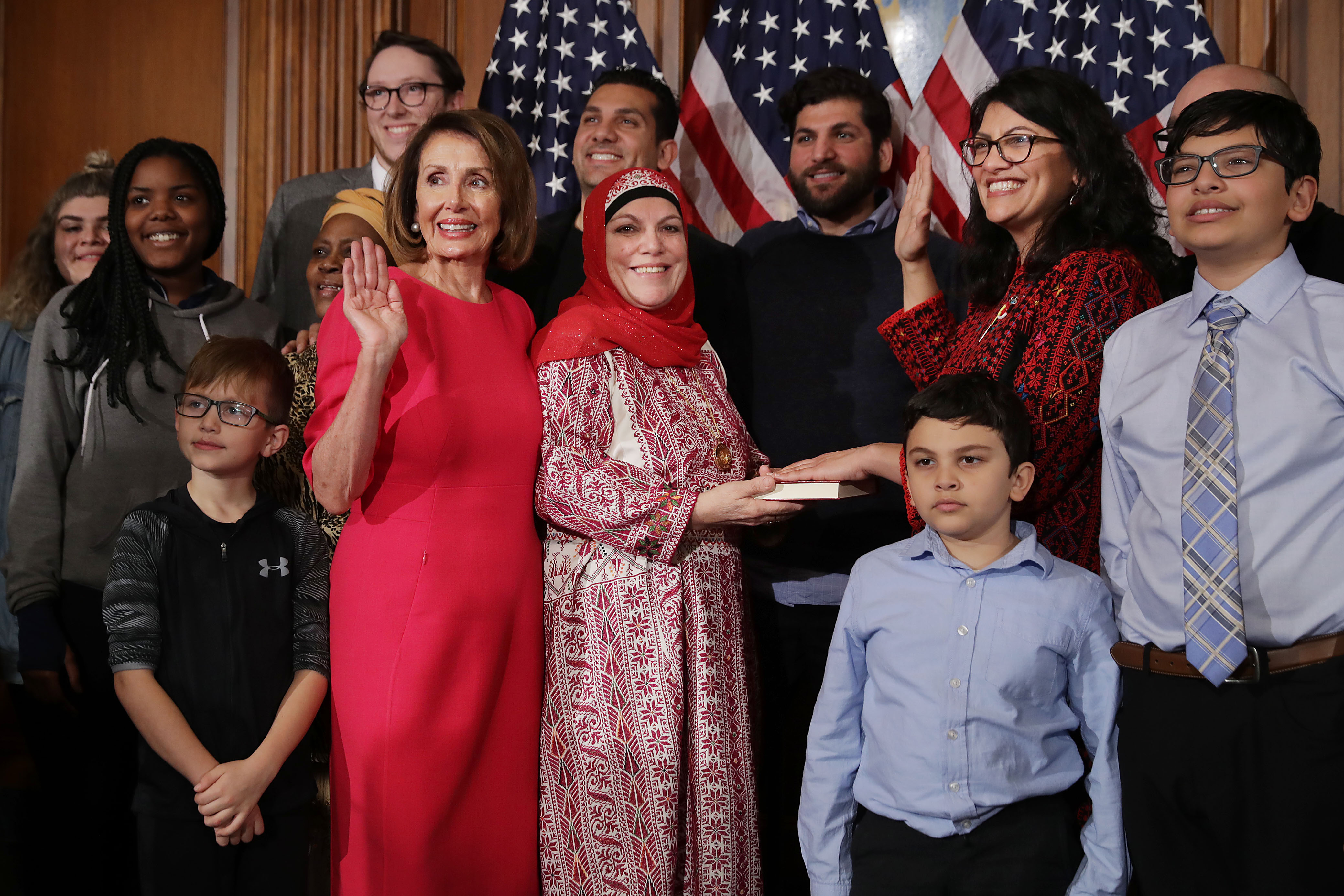 Speaker of the House Nancy Pelosi poses for photographs with Rep. Rashida Tlaib and her family in the Rayburn Room at the U.S. Capitol January 03, 2019 in Washington, DC. (Photo by Chip Somodevilla/Getty Images)

In 2007, the Al-Awda listserv disseminated at least five communiques from the Popular Front for the Liberation of Palestine, including one from the Al-Aqsa Martyrs Brigade, and one joint statement with Hamas. Al-Awda advocates for the right of any Palestinian “to live anywhere in Palestine which encompasses present-day ‘Israel,’ the West Bank and Gaza Strip,” and for the “dismantlement of the exclusionary and racist character of Israel.”

TheDC has previously reported that Hamideh has claimed on Twitter that Israel does not have a right to exist. He has also praised Hassan Nasrallah, the secretary general of Hezbollah — a group classified as a foreign terrorist organization by the U.S. and several other members of the international community.

No matter your political persuasion, all leaders — and Americans — need to unequivocally speak out against anti-Semitism and hate. That especially goes for members of Congress. 1/3

The extent of Hamideh and Tlaib’s relationship is unclear, but Hamideh posted another photo of the two of them back on Apr. 12, 2018.

Rep. Tlaib’s office did not respond to a request for comment.