Women’s March protesters said Saturday that the recent controversy involving Tamika Mallory and her refusal to denounce anti-Semite Louis Farrakhan did not affect their decision to come out and participate in the march.

Saturday morning, thousands of protesters braved the cold, taking to the streets of Washington, D.C. for the 2019 Women’s March event, co-organized by Tamika Mallory, who has referred to Farrakhan as the “GOAT” or “greatest of all time.”

Here is what the Women’s Marchers had to say about Mallory’s relationship with Farrakhan.

Erin, a Jewish woman and activist who did not want to reveal her last name, told The Daily Caller she wasn’t sure why the march organizers haven’t denounced anti-Semitism.

“Obviously, it’s not that hard to denounce anti-Semitism. I’m not entirely sure why it was so difficult for that particular member of the leadership team of the march to just say she denounces it. I am a Jewish woman. I am here marching,” she said. “I also think that it’s important that instead of just maybe boycotting the march, still showing up, still holding people accountable, you know, being the best ally that you possibly can be. If you’re just gonna not show up you are just kind of playing into the issue of just being apathetic or just being too negative. I just think that’s, frankly its bullshit.” 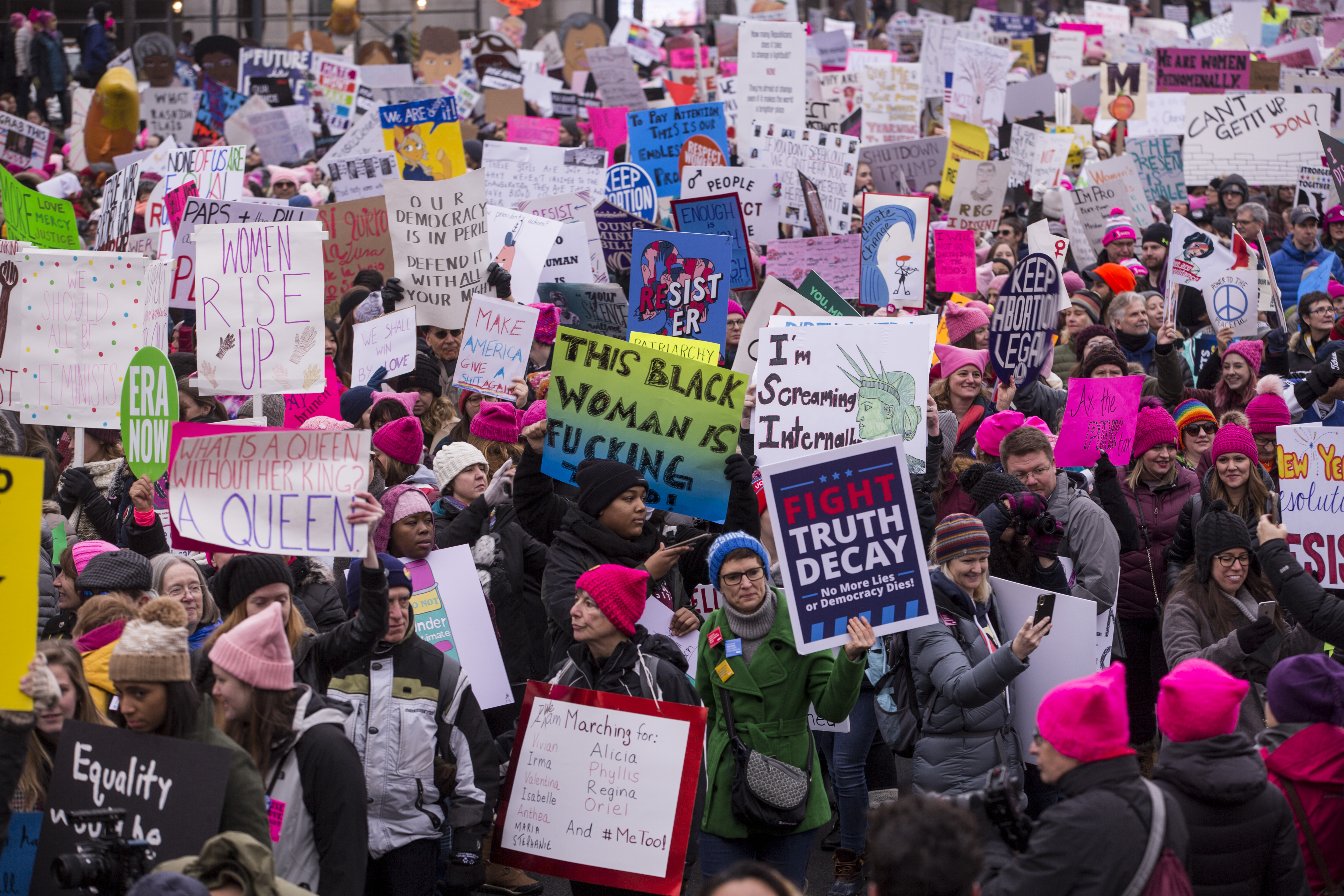 WASHINGTON, DC – JANUARY 19: Demonstrators hold signs during the 2019 Women’s March on January 19, 2019 in Washington, DC. Demonstrations are slated to take place in cities across the country in the third annual event aimed to highlight social change and celebrate women’s rights around the world. (Photo by Zach Gibson/Getty Images)

Erin added that the march’s organizers did a poor job of handling anti-Semitic elements within the organization, saying, “I definitely think it extended to other members, it wasn’t just her. I think that in an attempt to be as amicable as possible and not ruffle feathers, they have in a sense made it worse.”

“I don’t think there is any place for any kind of anti-Semitism, anti-anything in this movement, so I don’t know honestly about where Tamika is right now on the issue but there’s no place for that in this organization, and so if she needs to go then she needs to go,” she said.

Responding to the anti-Israel rhetoric expressed by Linda Sarsour, Parker said, “People should be able to criticize Israel without being called anti-Semitic. I think Israel commits a lot of human rights abuses. I think they should exist, I’m glad they’re a democracy, and like the United States, I think they need to be doing a lot better.”

“Personally I think they made that the big issue to try to down play the march itself … the media, I really think the media did a lot, and also the ones who were against the march.” She continued, “I think they played on it, like Fox News.” (RELATED: Linda Sarsour Promotes Anti-Israel Movement During Women’s March)

Protester Jeff Coop said that the Women’s March should in fact reach out to people like Louis Farrakhan despite his rhetoric, and that everyone should be included in the dialogue.

“We do need to reach out to everyone,” he said. “This is a broad movement and we need to bring people together around these issues. Yeah, we’re not going to agree with everybody but that doesn’t mean we shouldn’t have a dialogue … Tamika spoke for herself, I don’t think much of the controversy.”