Democratic California Sen. Kamala Harris announced Monday that she is officially throwing her hat into the ring and seeking the Democratic nomination for the presidency in 2020.

“The future of our country depends on you and millions of others lifting our voices to fight for our American values,” Harris said in a campaign video. “That’s why I’m running for president of the United States.”

I’m running for president. Let’s do this together. Join us: https://t.co/9KwgFlgZHA pic.twitter.com/otf2ez7t1p

Amid speculation of Harris’s presidential aspirations, the California senator revealed in December she would make a decision on whether or not to launch a 2020 presidential run over the holiday season. She also acknowledged the challenges she would face while running in such a heated election and how cutthroat the presidential race might be.

“Let’s be honest, it’s going to be ugly,” Harris said at the time. “When you break things, it is painful and you get cut. And you bleed.” (RELATED: Elizabeth Warren Is Officially Launching 2020 Presidential Exploratory Committee)

The California senator made the announcement on the morning of Martin Luther King Jr. Day while appearing on “Good Morning America.”

“I’m running for president of the United States,” Harris said. “I’m very excited about it.”

EXCLUSIVE: Sen. Kamala Harris to @GMA: “I am running for president of the United States.” https://t.co/nHOYk2PWLK pic.twitter.com/DHQFWINcMC

Leading up to her presidential announcement, the first-term senator had been actively elevating her national profile. Harris spent more money on Facebook ads during the summer than any other senator despite not being up for re-election in November 2018, according to The San Francisco Chronicle. 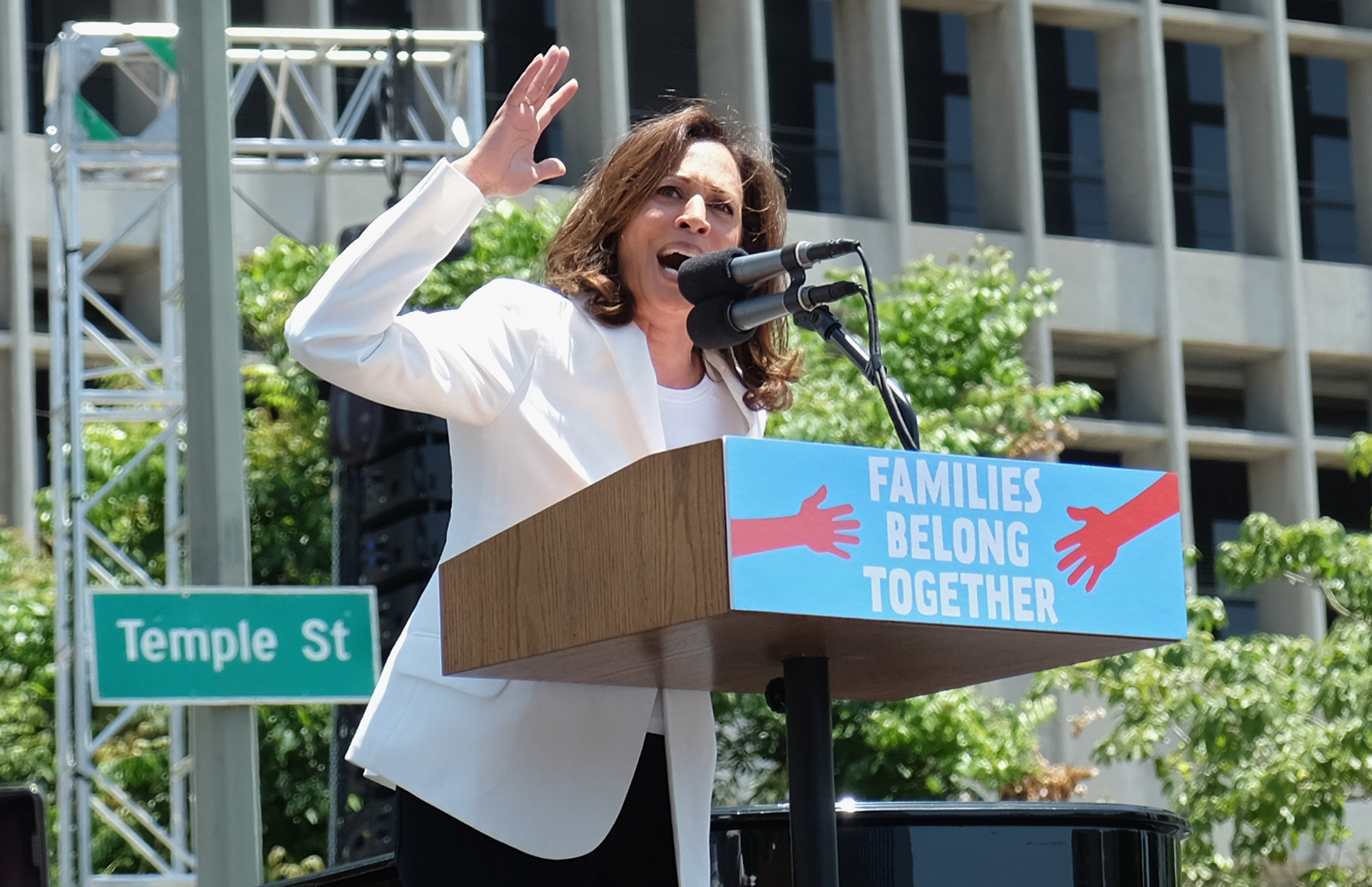 Harris, a high-profile member of the Senate Judiciary Committee, faced both massive backlash and praise for her combative line of questioning of Justice Brett Kavanaugh during his Supreme Court hearings. She later used her role in the tumultuous confirmation process to fundraise for vulnerable Democrats during the midterms.

“Kamala Harris is arguably the least vetted Democrat running for president, but it’s already clear how unqualified and out-of-touch she is,” Michael Ahrens, an RNC spokeman responded to the announcement. “Her hometown paper says she was a bad manager as attorney general, and all she has to show for her brief time in the Senate is a radically liberal voting record.”

If elected, Harris would be the United States’ first female president. Former Secretary of State Hillary Clinton ran, but lost to President Donald Trump in 2016.