President Donald Trump responded to an invitation to deliver his annual State of the Union address at the North Carolina House of Representatives.

“President Trump said he was appreciative of the invitation and supported what we are doing here in North Carolina for our economy,” North Carolina House Speaker Tim Moore revealed in a Tuesday news release.

Moore said he spoke with the president over the phone for about 10 minutes Monday night.

Their conversation followed the Republican speaker’s open invitation to give his speech in Raleigh instead of Washington, D.C.

“North Carolina, like Washington D.C., has a balanced government that provides opportunity for all voices to be heard through dialogue rather than division,” Moore wrote Friday. “I am honored to invite you to speak to the American people in this year’s State of the Union address from the North Carolina House of Representatives.”

It’s still not entirely clear where — or when — Trump will deliver his 2019 State of the Union address, which was originally supposed to be held in the House of Representatives on Jan. 29. U.S. House Speaker Nancy Pelosi is actively seeking to delay the address while the federal government is under a partial shutdown.

There are indications that, despite Pelosi’s objections, Trump will still hold his speech in Congress. The Trump administration sent a “walk-through” request to the House of Representatives’ sergeant at arms for the Jan. 29 address — a move that signifies its intention to move forward. However, nothing has yet to be officially announced. 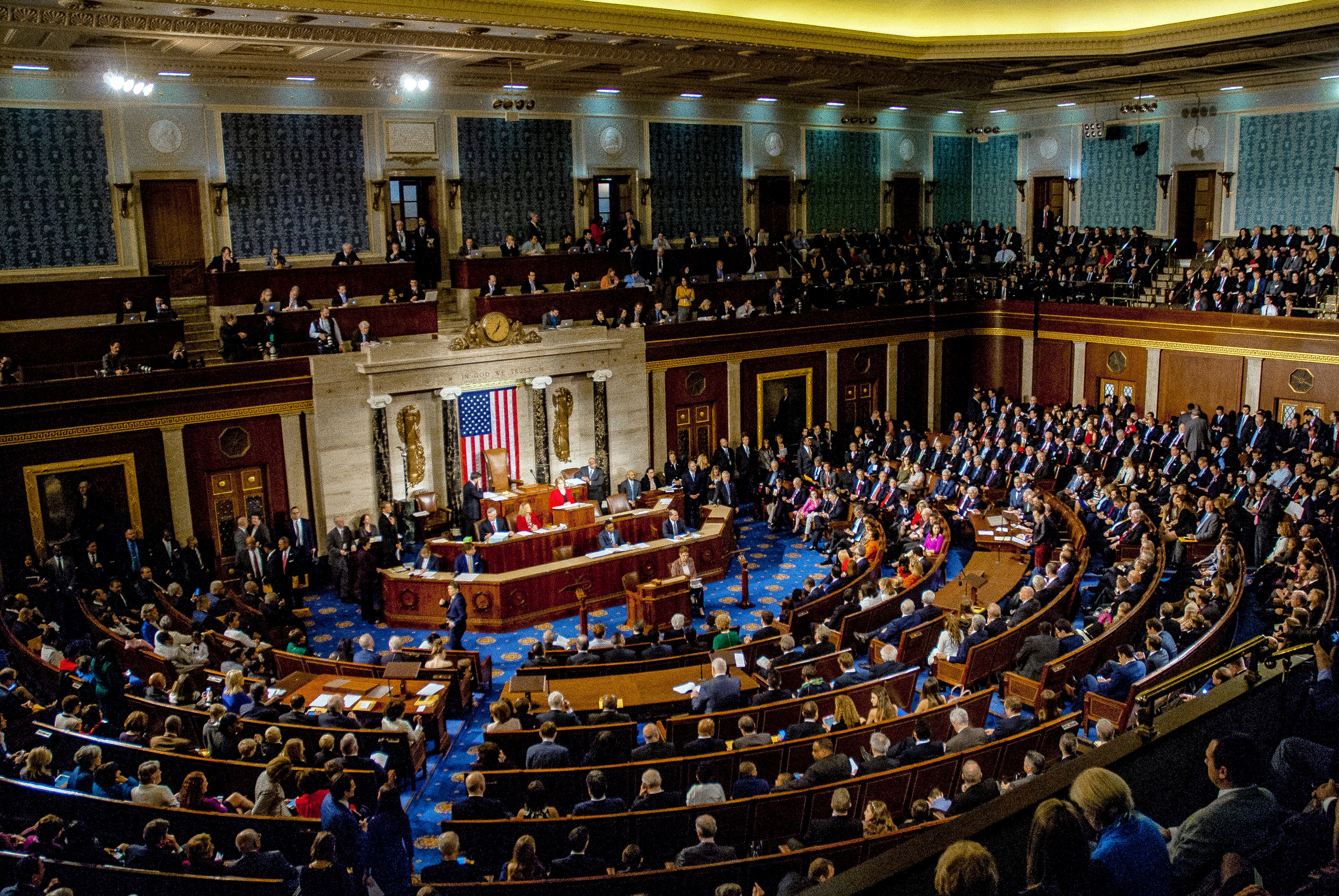 Members of the 115th congress and their familes mingle on the house floor while attending the joint session on the opening day of the current session. Shutterstock

The shutdown, which began Dec. 22, has become the longest partial government shutdown in U.S. history. The standoff continues as Trump and congressional Democrats fail to reach a compromise on a proposed border wall between the U.S. and Mexico. Trump has refused to sign any budget agreement that does not include his requested $5.7 billion in funding for the wall, but Democrats have so far maintained their opposition to the proposal. (RELATED: Here’s How The White House Is Trying To Stop Future Caravans)

Moore wasn’t the only state House speaker to invite the president to his state. Republican Lee Chatfield, the Speaker of the Michigan House of Representatives, also encouraged Trump to speak at his state’s capitol building.