Democratic 2020 presidential candidate Kirsten Gillibrand signaled her openness to expanding the Supreme Court beyond nine seats if her party retakes the Senate and the White House in the 2020 elections.

Gillibrand, a second-term senator from New York, appeared on left-wing podcast PodSaveAmerica on Tuesday, where she was asked about either placing term limits on Supreme Court justices or adding additional seats, in order to push the court in a liberal direction.

Gillibrand declined to rule out the drastic measures, which she described as “interesting ideas.” 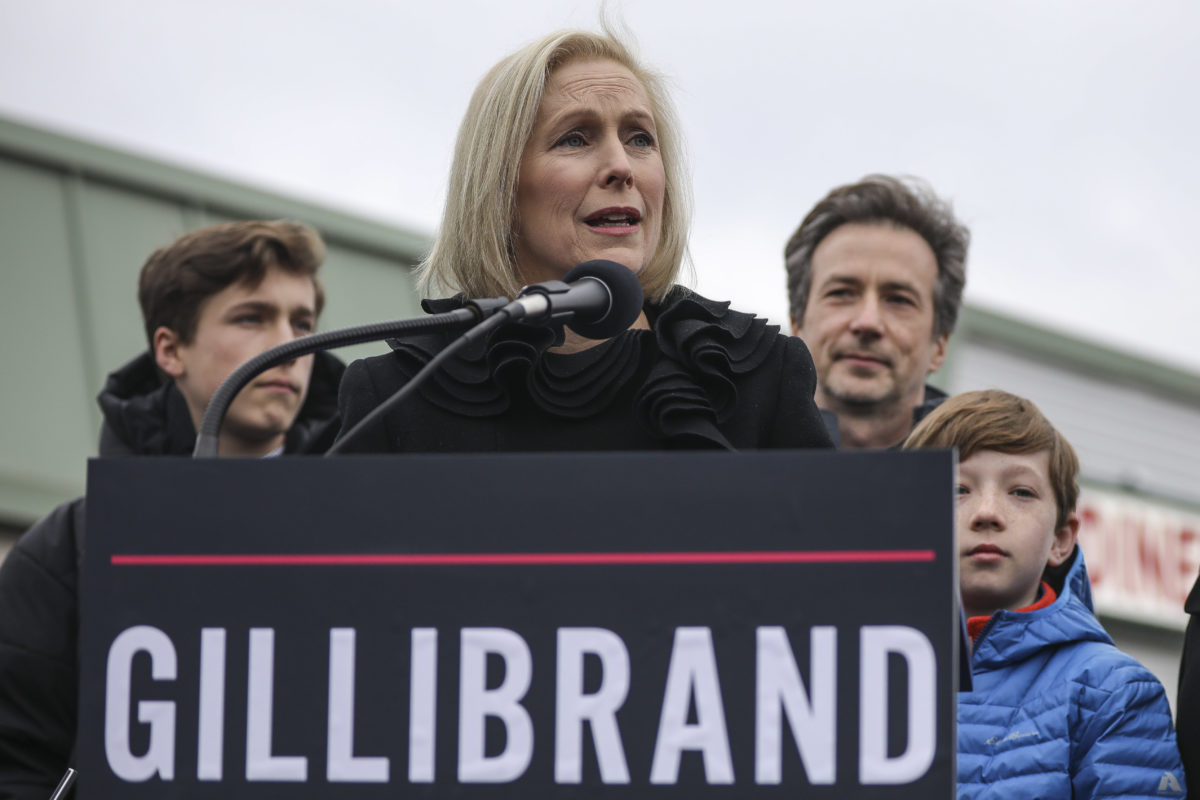 JANUARY 16: Surrounded by her family, Sen. Kirsten Gillibrand (D-NY) announces that she will run for president in 2020 outside the Country View Diner, January 16, 2019 in Troy, New York. (Photo by Drew Angerer/Getty Images)

“Well they’re interesting ideas that I would need to think more about,” she said. “But I do think what President Trump has done with the judiciary is, is shocking and is so destructive.”

Gillibrand added that both Justices Neil Gorsuch and Brett Kavanaugh were “disqualified in my mind because of their records because of their previous statements because their belief that money is speech and that corporations have same free speech rights as you, and I think that’s outrageous.” (RELATED: Gillibrand Fundraises In Hamptons After Ripping ‘Toxic Influence’ Of Money In Politics)

The Democratic Party’s left-wing base has increasingly pushed for extreme measures, including court-packing, in order to shift the ideological tilt of the nation’s highest court.